An extraordinary 367 new species were discovered in the Greater Mekong in 2012 and 2013. Among the species newly described by scientists are 290 plants, 24 fish, 21 amphibians, 28 reptiles, 1 bird and 3 mammals.

These discoveries, painstakingly identified and recorded by the world’s scientists and compiled here by WWF-Greater Mekong, demonstrate that the region is the frontline for scientific exploration. 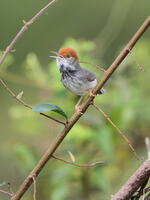