Jaguars are mighty cats most easily recognized by the bold rosettes generously spotted across their tawny-colored coats. They have thick, stocky legs and short, round ears. The jaguar has the strongest of all the felines. The name “jaguar” originates from the Tupi and Guarani languages of South America from the word yaguareté, or “true, fierce beast and he who kills in one leap.” The majestic jaguar is a symbol of power for many Latin-American cultures, it represents the power of nature and is seen as the protector of the rainforest.

Jaguars are the third-largest cat in the world and can weigh over 300 pounds. However, their size varies by region, with jaguars in Central America being smaller than those found in the Amazon and the Pantanal. Jaguars are strictly carnivorous and are considered opportunistic hunters, meaning they will prey on almost any animal that crosses their path. Deer, peccaries, tapirs, iguanas, capybaras, armadillos, and monkeys are among the many kinds of animals that fall prey to jaguars. The powerful bite of jaguars makes them excellent hunters; their teeth possess the strength to pierce through crocodile hides and turtle shells. Once jaguars acquire meat for consumption, they use pointy bumps on their tongues, called papillae, to scrape the meat from its bones.

These magnificent cats are distributed from Mexico to Argentina across 18 countries, and Brazil holds around half of the wild jaguars in the world. Their habitats include wet and dry forests, savannahs, and shrublands. Jaguars are strong swimmers and climbers and are dependent on healthy freshwater systems and access to great amounts of territory for survival.

This year’s conference concluded with several positives for wildlife with new and renewed global protections against poaching, illegal, and unsustainable trade in wild animals and plants that could help reverse trends driving the loss of global biodiversity. 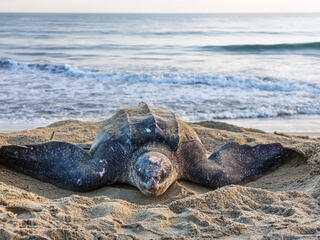 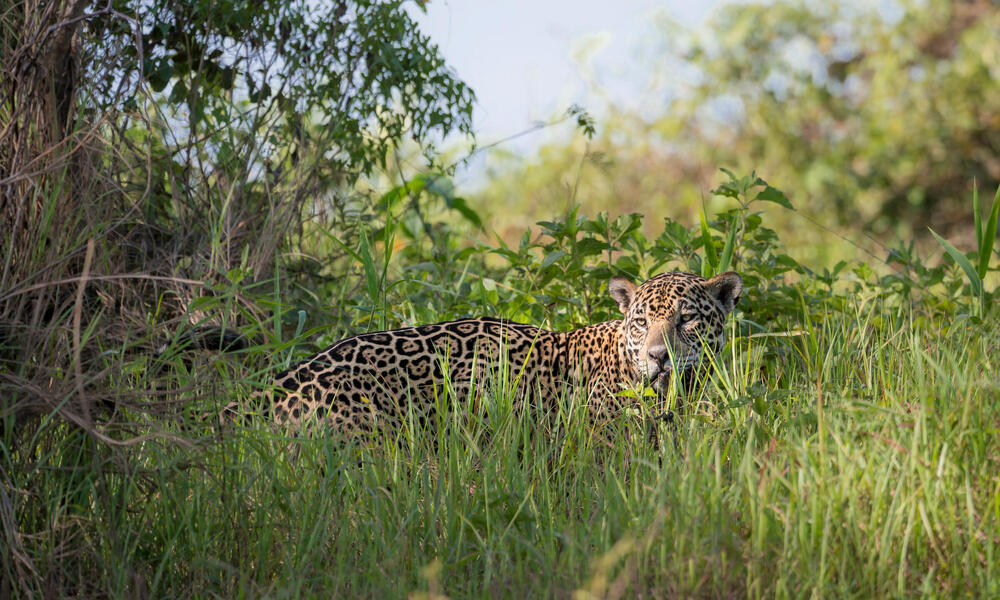 Due to diminishing territory and, thus, diminishing access to natural prey, jaguars have begun to look elsewhere for food. Livestock living on the lands that jaguars once inhabited often become meals for hungry jaguars, who are forced to feed on these domesticated animals in lieu of their natural prey. As a result, they become victims to farmers who might kill them in retaliation or in a preventative attempt to protect their income.

Jaguars are apex predators mainly active during the night and require a large amount of territory to survive. Unfortunately, deforestation and agricultural activities have been encroaching on jaguar territory, slowly shrinking the range of jaguars and isolating populations from one another. It is estimated that jaguars have lost approximately 50% of their historic range, with a 20% decline in a period of just 14 years, and have gone extinct in El Salvador and Uruguay.

Their habitats are becoming increasingly fragmented, meaning patches of habitat are decreasing in size and becoming increasingly isolated and less connected. The lands once ruled by jaguars are being destroyed by logging, large-scale agriculture, ranchland, and urban areas. Habitat fragmentation makes it incredibly difficult for these felines to hunt and mate, which poses a major threat to their population numbers and survival.

The illegal trade in jaguar pelts and parts has played a large role in their population decline over time. In the 1960s, around 15,000 jaguar pelts were sold annually in the Brazilian Amazon to supply international markets in North America and Europe. The hunting of jaguars for pelts was not officially outlawed until the 1970s when national and international protections were put in place prohibiting the hunting and sale of jaguars and their parts.

Since then, international demand for jaguar parts, particularly jaguar pelts, has reduced considerably. However, illegal domestic markets for jaguar body parts remain, posing a considerable threat to the species. This market is largely driven by opportunistic encounters between people and jaguars, human-jaguar conflict, and cultural practices surrounding jaguar use. In recent years, seizures of jaguar teeth at airports and post offices across Latin America and abroad, have suggested a re-emergence of international trade in jaguar parts, raising the alarm around the devastating impacts of trade on jaguar populations. 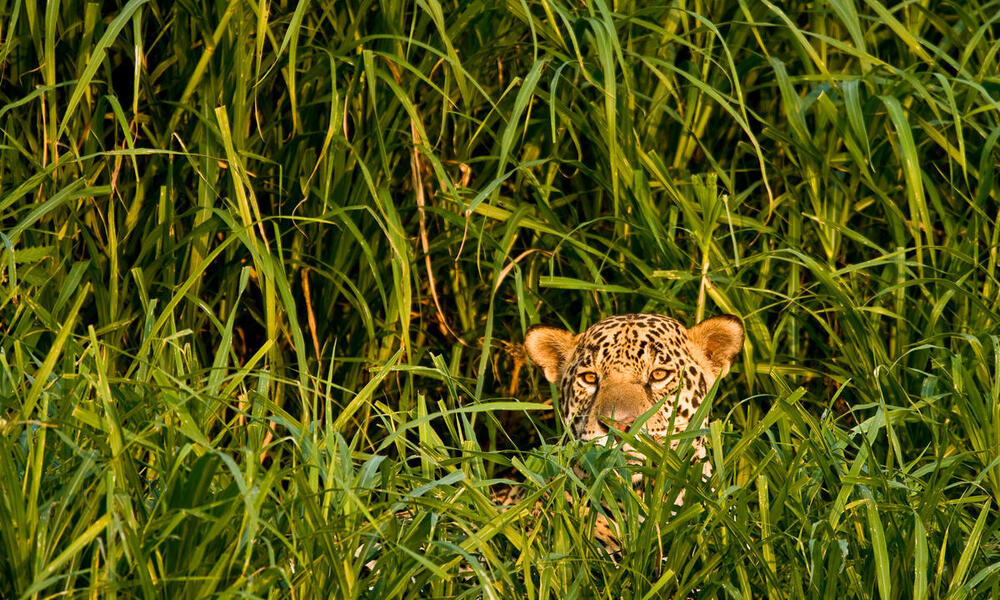 WWF works to protect jaguars from extinction in cooperation with local communities, range state governments, and various partners. In 2020, WWF launched its Regional Jaguar Strategy with an ambitious goal to increase or stabilize jaguar populations, prey base, habitat, and connectivity by 2030. The strategy defines 15 WWF Jaguar Priority Landscapes, where it aims to secure jaguar strongholds, build connectivity, stop jaguar killings, catalyze cooperation, and create enabling conditions such as sustainable financing and political will.

In order to achieve this goal, WWF works:

WWF strives to ensure local communities are engaged in and benefit from conservation. WWF prioritizes raising awareness about the importance of recovering jaguars and their habitat for the benefit of nature and people.