A better road ahead for wild tigers 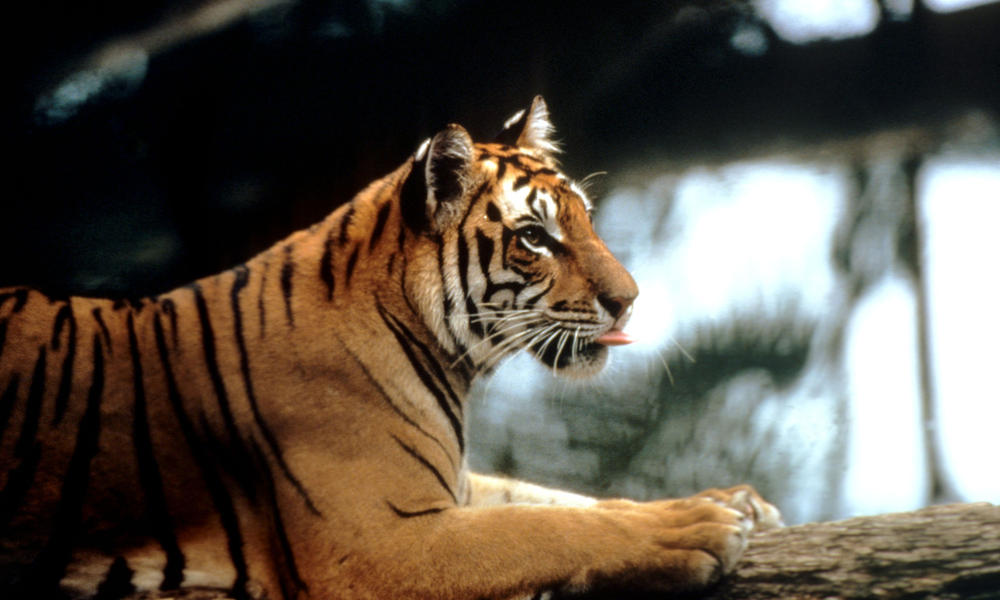 Earlier this year, WWF estimated an increase in the number of tigers worldwide, up to 3,890 in 2016 from an estimated 3,200 in 2010. But success to date is tenuous: According to a new report from WWF, tigers now face a threat far greater than many we’ve tackled before: linear infrastructure.

The development of linear infrastructure—which includes roads, gas pipelines, railways, power and transmission lines and canals—is on the rise in Asia and often fragments wildlife habitats, which could be the biggest threat to low-density species such as tigers. As a result, tigers are unable to breed, hunt, find cover, and establish their own territories. Fragmented areas become too small to sustain minimum tiger populations.

These fragmented tiger habitats also increase human-tiger conflict from poaching and vehicle collisions and make it difficult to ensure genetically diverse tiger populations. It is estimated that tiger range countries will need to spend approximately $8 trillion on infrastructure between 2012 and 2020 to meet the demand of its growing human populations. Almost 7,000 miles of roads and railways are already planned for construction through tiger landscapes.

Maintaining tiger landscapes is important to sustaining healthy tiger populations but also vital to the millions of people who rely on these areas for economic purposes like tourism, as well as environmental benefits through water management, protection from natural hazards, sediment and nutrient retention, agriculture, and carbon sequestration. Tigers also hold important cultural value among indigenous people that co-exist with them, signifying strength and power.

Effectively addressing these infrastructure challenges requires new methods and commitments from tiger range countries to integrate the conservation of tigers and their landscapes into infrastructure planning. There must be strong and proactive collaboration between infrastructure planners, implementers, and conservation stakeholders. Habitat rehabilitation measures, anti-poaching guidelines, and monitoring of wildlife movement should also be included in the planning and design process.

The report comes at the halfway point of the Tx2 program—an ambitious goal set by tiger range countries in 2010 to double the number of wild tigers by 2022. Landscape connectivity is vital to safeguarding and restoring tiger populations. By taking active steps to protect these big cats from harmful linear infrastructure developments, tiger range countries can retain the benefits of new infrastructure without jeopardizing the future of the world’s tigers.