A Fluke of a Day

Whale-watching in the Farallon Islands 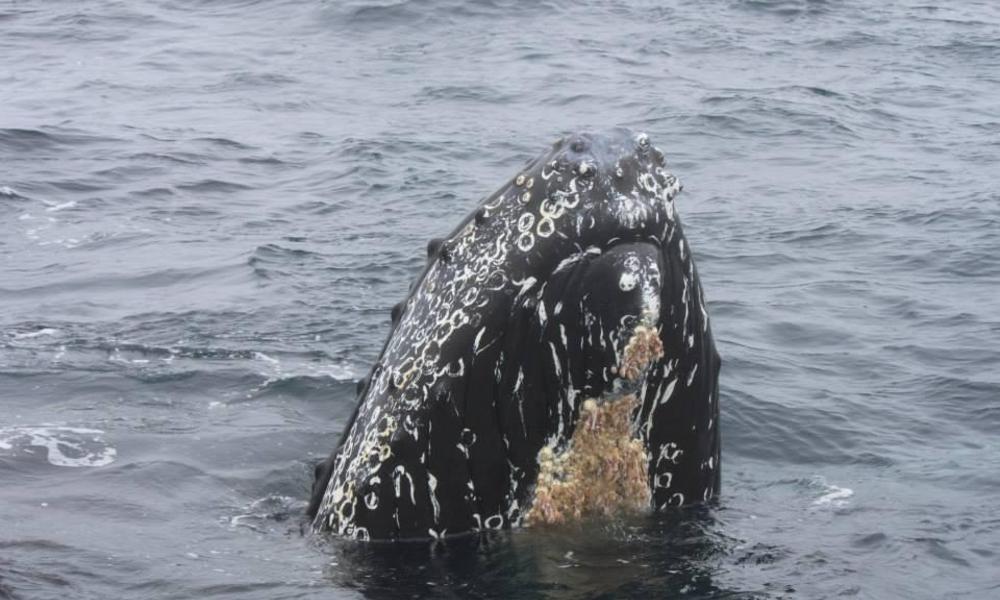 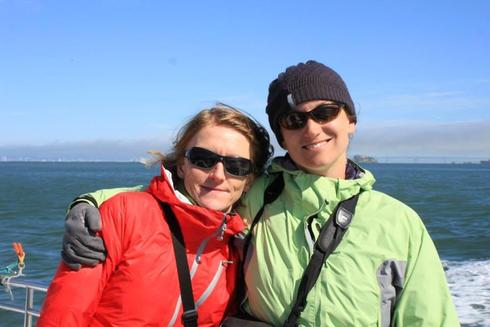 After you’ve lived in the same place for a while, it becomes a little too easy to lose track of the richness – cultural, environmental and otherwise – around you. So when the chance arose to join the WWF National Council whale-watching trip to the Farallon Islands, a National Wildlife Sanctuary 30 miles off the coast of our home city of San Francisco, we couldn’t say yes quickly enough.

We knew that marine mammals and seabirds are abundant in the Farallones, but of course you can never predict what you’re going to see on any particular day. So we were cautiously optimistic when we set off early one morning with about 20 WWF colleagues from around the country.

After a bumpy few hours at sea we reached the islands. The Farallones host the largest seabird breeding colony in the continental U.S., and although we weren’t able to set foot on the islands because the land is federally protected, we were able to get close enough to glimpse hillsides absolutely covered with birds—signs of life in an otherwise desolate landscape.

After circumnavigating the islands, we turned our attention to the water. Gray whales are a common sight along the California coast during migration season, so we were on the lookout. Before long it wasn’t a whale that caught our attention, but a pod of Pacific white-sided dolphins, keeping pace with the boat and playfully jumping in our wake.

A spectacular sight. But the best was yet to come.

The next thing we knew, three humpback whales were next to our boat—where they stayed for more than two hours, regularly surfacing to get a good look at us. The whales swam under and around our boat, getting close enough that we could feel the warm watery mix being expelled from their blow holes. It was instantly clear we were witnessing something special. The captain was just as excited as the rest of us, and said that in his 22 years doing these trips he’d never seen anything like this.

After several hours with the humpbacks, we were all exhilarated by the experience but also tired from a day on the water. As we began to head back to the harbor, someone spotted two orcas off in the distance and so we turned back toward the open ocean to get a better view. We almost couldn’t believe it. Seeing orcas in this area of the Pacific is rare and was a special end to an extraordinary day.

The Pacific coast of the U.S. functions as a highway for whales and other species that migrate between Mexico and Alaska in search of their ancestral feeding and breeding grounds. Seeing nature this up close and personal was so powerful because it showed us the way that nature should be: abundant, vast and diverse. The fact that this could happen literally in our backyard was just amazing. We are proud to be part of WWF, an organization that does so much to protect special places around the world.