A Lifeline for Vaquita

New steps to help save the critically endangered porpoise 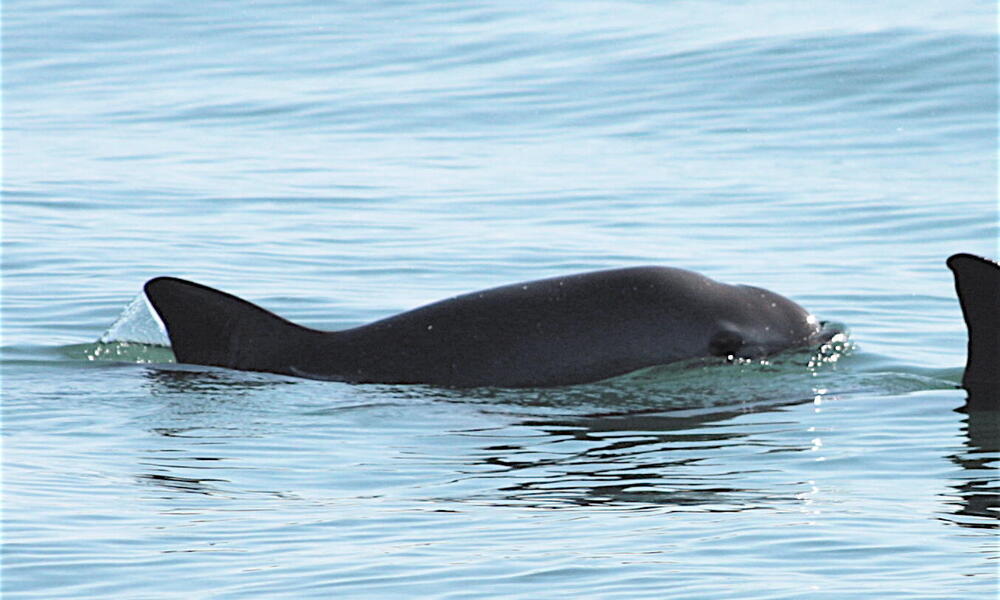 The world’s most endangered marine mammal just received a little more hope for survival. The government of Mexico recently committed to a two year buy out of gillnet fisheries in the upper Gulf of California.

This is good news for the critically endangered vaquita, which is Spanish for “little cow”. Vaquita populations have declined dramatically in the past few years primarily because they get caught in gillnets and drown. Today, there are fewer than 100 vaquitas left in the wild and none in captivity.

The fragile gains to slow the vaquita’s decline were severely compromised as demand for totoaba, and the number of gillnets in the water, skyrocketed in 2012. The valuable bladder of this critically endangered fish, which shares the same marine habitat as the vaquita, is trafficked to China across the Mexico-US border. That demand meant that both species were being fished to the edge of extinction.

A reason for hope

Along with suspending gillnet fishing from March 2015, the Mexican authorities will also invest $36 million each year to support affected fishing communities and boost conservation efforts. The funds will compensate fishers for abandoning gillnets and pay for surveillance work by local communities in support of federal law enforcement efforts. These measures will help promote the adoption of existing, sustainable fishing practices and to develop alternatives to transform the local fishing industry.

“The Mexican government has taken a strong step to secure a future for the vaquita, but intensive enforcement will be needed to implement the gillnet ban and to end totoaba poaching and illegal international trade,” said Leigh Henry, Senior Policy Advisor for Wildlife Conservation. “This is truly our last chance to save the world’s smallest porpoise. We we must redouble our efforts or we will be witness to its extinction.”

A future for the world’s smallest porpoise

For more than 15 years, WWF has worked with partners to help conserve the vaquita and support sustainable alternatives for fishing communities, including developing innovative fishing gear that does not accidentally trap and kill vaquitas.

WWF will continue to partner with the government and local fishers to promote vaquita-safe fishing technologies and develop preferential markets in Mexico and the US for sustainable fishing products from the upper Gulf of California. WWF will also continue supporting scientific efforts to monitor the status of the vaquita population to evaluate the impact of the Mexican government’s conservation measures.

The vaquita photo on this page by Thomas A. Jefferson from the joint research project with the Marine Mammals Research and Conservation Coordination of the National Institute of Ecology of Mexico. Photo obtained under permit No. DR7488708 of SEMARNAT (Mexican National Commission of Protected Natural Areas).

Start a WWF fundraiser today, and become one of the thousands of passionate supporters who proudly call themselves part of the Panda Nation!