A Passion for Conservation Along the Rio Grande 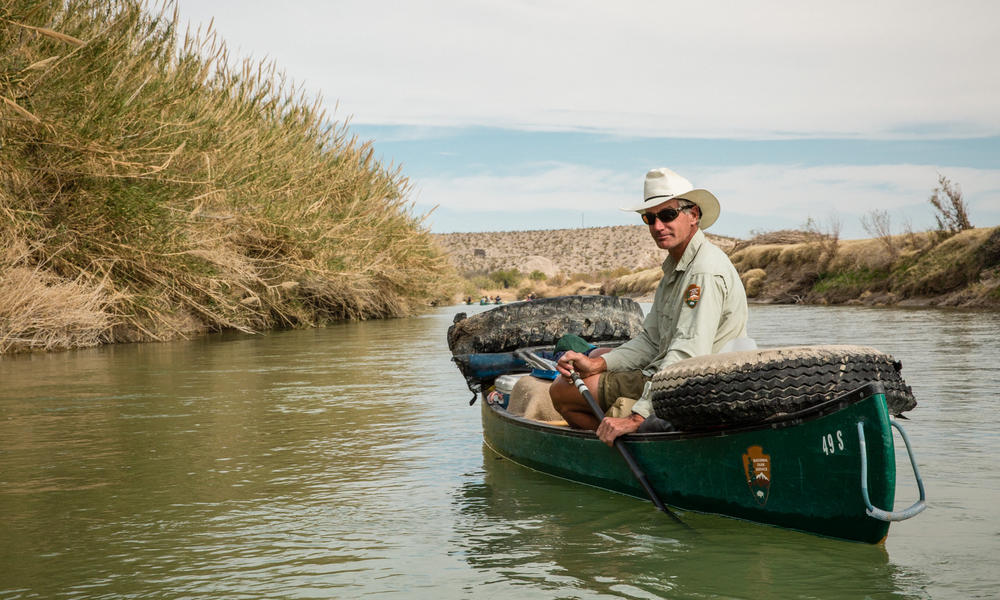 The Chihuahuan Desert, one of the most bio-diverse deserts in the world, straddles the US-Mexico border. Its natural beauty, growing economy and blossoming cities are fueled by the Rio Grande, known as the Rio Bravo in Mexico. But the river’s water is already 150 percent over-allocated, mostly for agriculture, and the future looks grim. The region is predicted to become hotter and drier as climate change intensifies. Combined with growing populations and diversifying demands, it’s more important than ever to protect the Rio Grande/Rio Bravo.

Some, like Big Bend National Park’s river ranger Mike Ryan, are passionate about working together to conserve the river for future generations. Growing up less than five miles from the river, Ryan has long appreciated its charm, power and role in sustaining life. As a park ranger, Ryan is primarily responsible for law enforcement and protecting Park visitors. However, he spends whatever extra time he can find assisting the Park’s and partnering scientists, conservationists and managers as they restore the river after decades of decline.

“In the beginning, we did smaller projects in-house,” Ryan recalls. “They were more ad hoc than planned, and were rarely coordinated with the sister parks on the Mexican side of the river.”

“When I see sand bars crumbling, the cane receding, and the right species returning, I know we're on the right track.”

One of the biggest challenges is giant cane. A thirsty, invasive plant, giant cane has taken over the shores of the Rio Grande/Rio Bravo. It holds soil along the channel’s edge—soil that normally would be washed downstream. As a result, the banks are growing, which makes the channel narrower. This destroys precious habitats, reduces water retention and increases the susceptibility of riverside towns and infrastructure to flood damage.

Eradicating giant cane is a large part of our work in the region. “The Coca-Cola Company and WWF partnership amplified the momentum and empowered us to do more work, and to work together,” Ryan says.

We now have a true “golden triangle” of partners representing all sectors on both sides of the border. In addition to Big Bend National Park, the U.S. Geological Survey and the U.S. Fish & Wildlife Service are coordinating with Mexican governmental agencies including the National Commission of Natural Protected Areas (CONANP) and National Water Commission (CONAGUA). Coca-Cola and local bottling partners bring the private sector to the table. WWF represents civil society, alongside nearby communities, local nonprofits and academic institutions.

Together, we are working to eradicate the giant cane and other detrimental invasive species, replanting native species in riparian areas, collecting much-needed scientific data, and creating a positive story of bi-national cooperation in this border region. Partners on both sides of the river share best practices and work closely together—from planning through implementation to evaluation—to maximize progress on both sides of the river.

“When we started working more as a partnership, I had a feeling we would be successful. But I didn’t realize our impact until recently,” Ryan explains. “I’m not a scientist, so I have to see progress to believe it. When I see sand bars crumbling, the cane receding, and the right species returning, I know we’re on the right track.”