Amur Tigers on the Rise 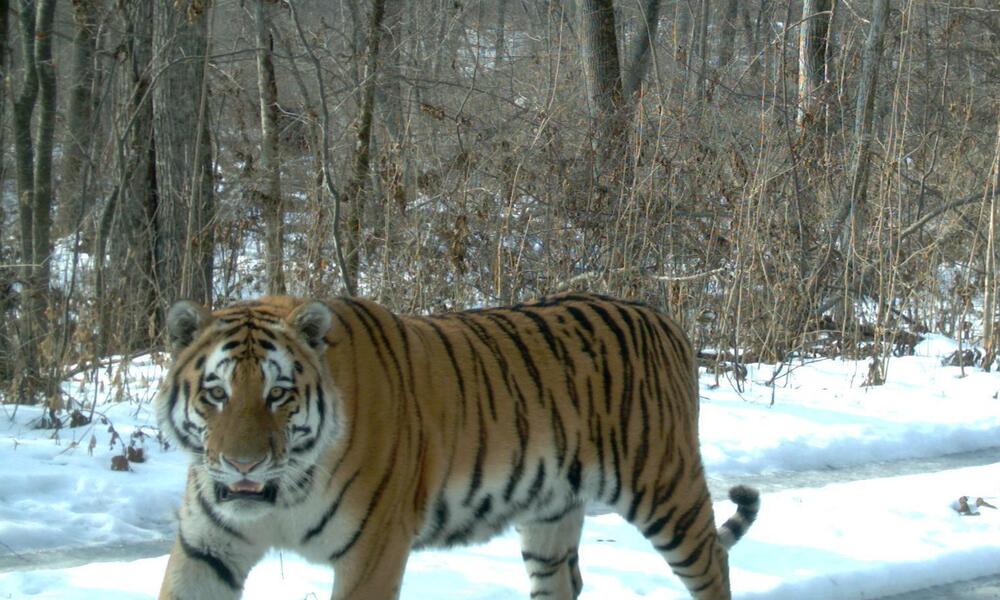 The population of the Amur tiger in Russia has increased to as many as 540 over the last decade, according to new figures from the interim census results released by the Russian government. There are now between 480 and 540 Amur tigers across their existing range, with around 100 of these known to be cubs.

Organized by the Russian government with the support of the Amur Tiger Center and WWF, the current census covered over 58,000 square miles of the endangered animal’s habitat. About 2,000 specialists were involved in the field research and technology such as GPS, satellite navigators, and camera traps aided the count.

Russia’s Far East is home to 95 percent of the global population of Amur tigers, and the last census in 2005 showed there were between 423 to 502 individuals.

“I am pleased to see that the number of Amur tigers in Russia has increased in all the key areas where WWF has been working for many years,” said Igor Chestin, head of WWF-Russia. “This success is due to the commitment of Russia’s political leadership and the tireless dedication of rangers and conservationists in very difficult conditions.”

Recent anti-poaching efforts have been integral to the rise in tiger numbers, with tougher punishments and the introduction of criminal charges for the illegal hunting, storage and trafficking of endangered animals and their parts.

"The key is strong political support,” said Mike Baltzer, Leader, WWF Tigers Alive Initiative. “Where we have it, in countries like Russia and India, we are seeing tremendous results. However, in South East Asia, where political support is weaker, we are facing a crisis. These countries stand to lose their tigers if urgent action isn't taken immediately."

WWF is urging every tiger country to conduct a census, as this is a critical component of efforts to double global tiger numbers by 2022, a goal known as Tx2.

Comprehensive censuses are urgently needed across South East Asian tiger countries. Experts from Malaysia suggested earlier this year that tiger numbers there may have fallen to just 250-340, down from the previous estimate of 500. It is critical that a survey is carried out there as well as in Indonesia, Thailand, Myanmar, Laos, Cambodia and Vietnam.

In January, India released its latest tiger census results showing an increase to 2,226 from 1,706 in 2010. Census results are expected from Bangladesh and Bhutan later this year. China is planning to count its tigers this summer, and zero poaching champions Nepal carried out its last census in 2013.

Poaching is the greatest threat to wild tigers today with tiger parts still in high demand throughout Asia. In the 1940s, the population of Amur tigers fell to just 40 animals, but the population was brought back from the brink through conservation efforts and a ban on tiger hunting.

The final results of the Amur tiger census in Russia will be released in October 2015.