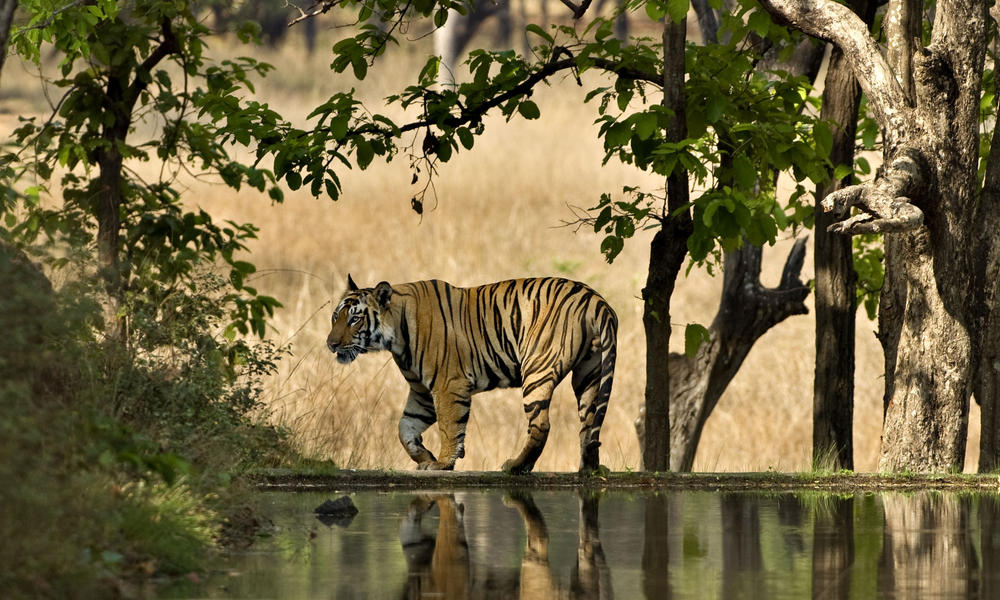 Bhutan is home to an amazing 103 wild tigers—an increase from a previous estimate of 75 that was not based on actual field surveys—according to the country’s first-ever tiger survey released on Global Tiger Day.

Conducted entirely by Bhutanese scientists, the survey spanned habitats ranging from snowy, cold mountains in the north—where both tigers and snow leopards roam wild—down to dense, subtropical forests in the south. Tigers are identified by the pattern of their stripes, which are much like human fingerprints in being unique to each individual. WWF worked closely with the government of Bhutan to provide technical support and funds for the count.

Counting on conservation
Bhutan is the most recent country to conduct a survey of its wild tigers. India, Russia and Nepal have all conducted national tiger surveys and reported encouraging increases in tiger numbers on previous estimates. Bhutan’s results come days after Bangladesh released the results from its first national tiger survey. While Bangladesh announced a lower figure than its previous estimate, tiger experts believe earlier numbers were over-estimated and applaud the country’s first systematic tiger survey.

“This is a critical milestone in the global effort to save tigers. Bhutan is one of only 13 tiger range countries, and knowing how many tigers exist is the first step towards effectively protecting them. ”

“This is a critical milestone in the global effort to save tigers," said WWF's Barney Long, director of species conservation. "Bhutan is one of only 13 tiger range countries, and knowing how many tigers exist is the first step towards effectively protecting them. We applaud Bhutan’s efforts to set this tiger population baseline.”

This year, experts from Malaysia suggested that tiger numbers have fallen from their previous estimate of 500 in 2010 to as few as 250 individuals, which can only be confirmed through rigorous surveys in the field. There are thought to be no breeding populations of tigers in Cambodia, Vietnam and Laos, and tiger numbers are unknown for Indonesia, Thailand and Myanmar.

As few as 3,200
Poaching and habitat loss threatens the last of the wild tigers in many Southeast Asian countries, from Myanmar to Indonesia. If these countries don’t act now, they could lose their tigers forever. And the first step in protecting these magnificent animals is to count them and determine where they live.

Tiger surveys are expensive, labor intensive and often take place in difficult terrain with challenging weather conditions. All these factors are barriers to governments completing the work. However, the returns outweigh the investment and NGOs are willing to work with governments to share technical expertise and explore potential funding sources.

WWF calls on the remaining tiger countries to count wild tigers as a critical step in monitoring progress toward the Tx2 goal to double the number of wild tigers worldwide by 2022.

There is hope
Government officials in Thailand are meeting to assess the status of wild tigers. The Malaysian government recently announced the country will conduct its first national tiger survey. And with WWF’s support, the Cambodian government plans to reintroduce tigers in the Eastern Plains landscape.

Help put an end to wildlife crime. Sign on today!