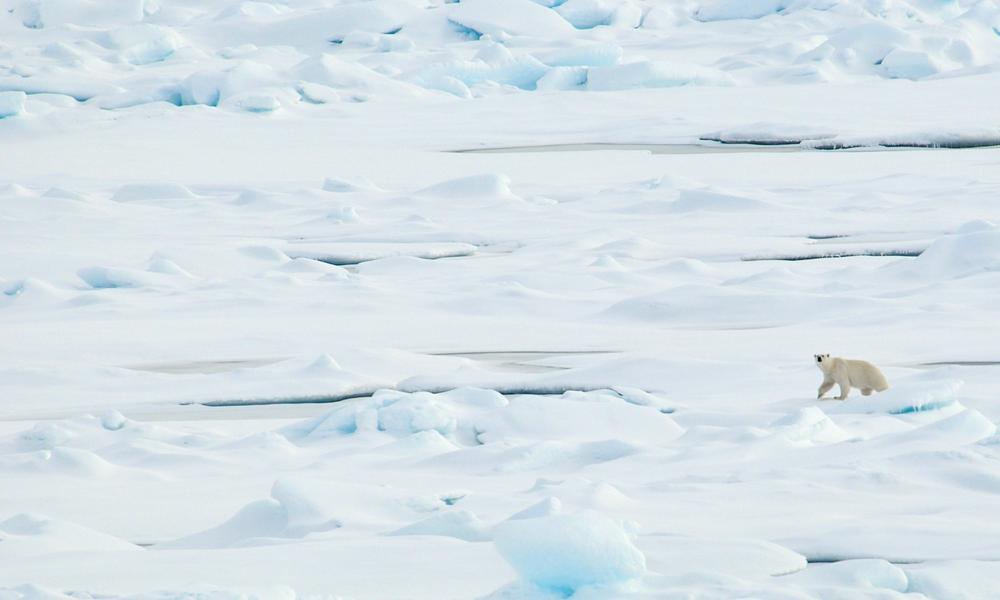 The climate agreement reached in December in Paris offers us a real opportunity to act together to limit the damage and ensure a safer future for our children.

Why does it matter that sea ice isn’t extending as far when it hits the largest coverage area of the year? Wildlife of all kinds—most notably polar bears—rely on vast ice expanse to access food. Polar bear mothers emerge from their dens after a long fast, looking to feed the young they birthed over the winter.

“This year is the most extreme I’ve ever seen,” says Jon Aars, a polar bear researcher with the Norwegian Polar Institute who does his field work on the Norwegian Svalbard archipelago. Aars expects that he will find this spring that fewer female polar bears even made it to shore to den. He also expects that the low ice conditions will have a negative effect on the polar bears’ main prey, ringed seals, which need sea ice to give birth to their pups.

The grim stats coming out of the Arctic have extreme consequences for both wildlife and people.

With climate change warming the Arctic at twice the rate of the rest of the planet, governments, businesses, and cities must act immediately to curb climate change.

Last December, 196 countries approved a landmark global plan to act on climate change in the coming years. Now, more than ever, we must make changes to limit global warming.

“We must stop the steady destruction of our planet’s delicate ecosystems and start building a new and renewable energy future,” says Samantha Smith, leader of WWF’s global climate and energy initiative.

Make a symbolic polar bear adoption to help save some of the world's most endangered animals from extinction and support WWFs conservation efforts.