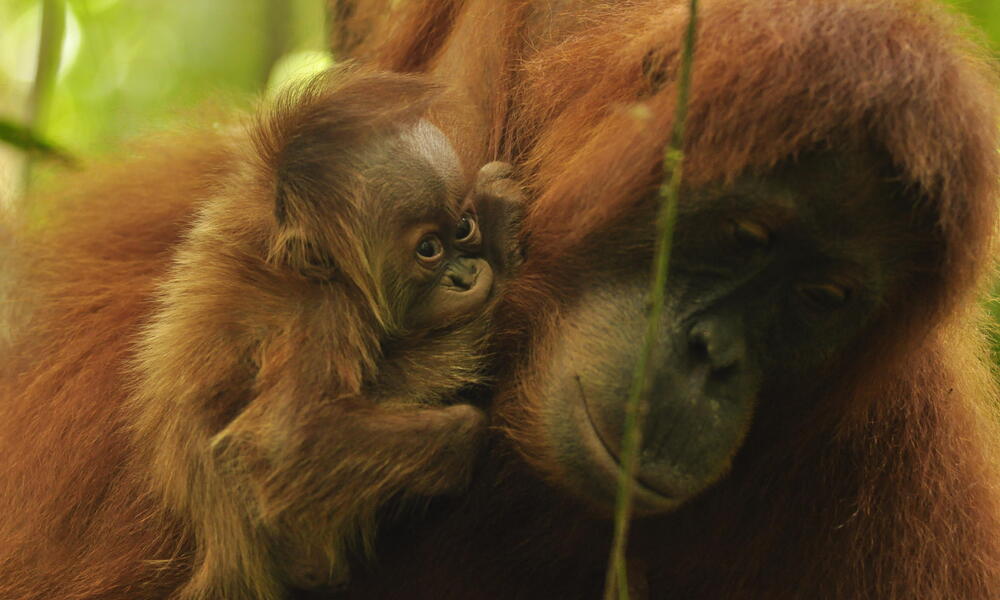 One of the last great stands of rain forest in the deforestation hotspot of the Indonesian island of Sumatra has welcomed an exciting new addition: a baby female orangutan. The infant is the first orangutan born in the Thirty Hills conservation concession since WWF and its partners began managing the 100,000-acre forest in 2015.

Violet, one of dozens of orangutans reintroduced into Bukit Tigapuluh National Park—a region commonly known as Thirty Hills—is the new mother, and both mom and baby appear healthy. The Frankfurt Zoological Society (FZS), an international conservation organization committed to preserving wild lands and animals, has worked to reintroduce orangutans like Violet into Thirty Hills since 2001.

Most of the orangutans were rescued from the illegal pet trade and placed in the society’s ‘jungle school.’ There, they learned the skills they need to survive before heading into the wild. Around 160 orangutans now live in Thirty Hills. 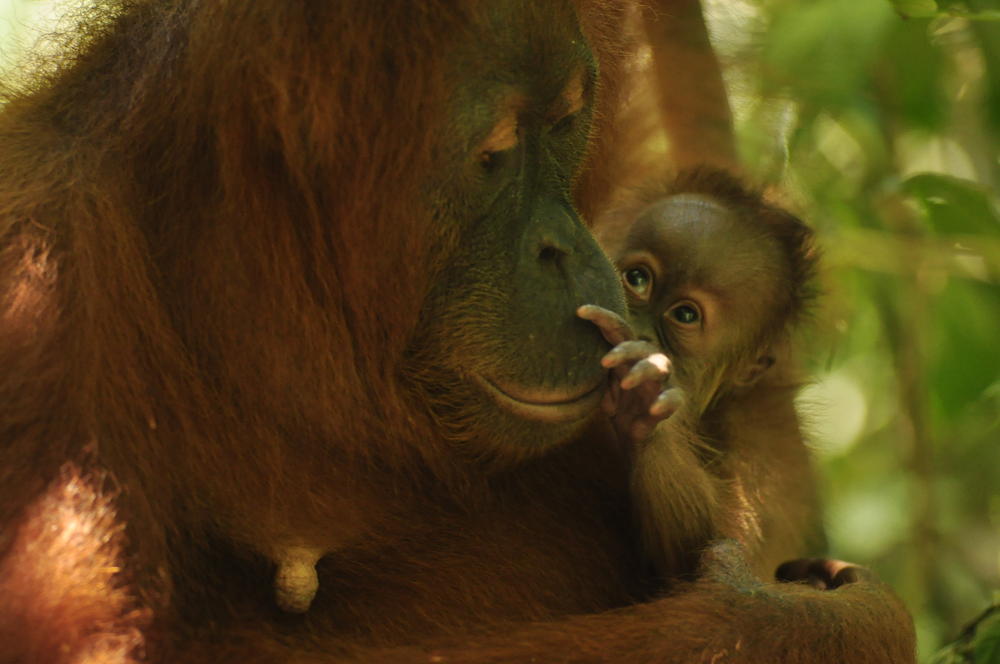 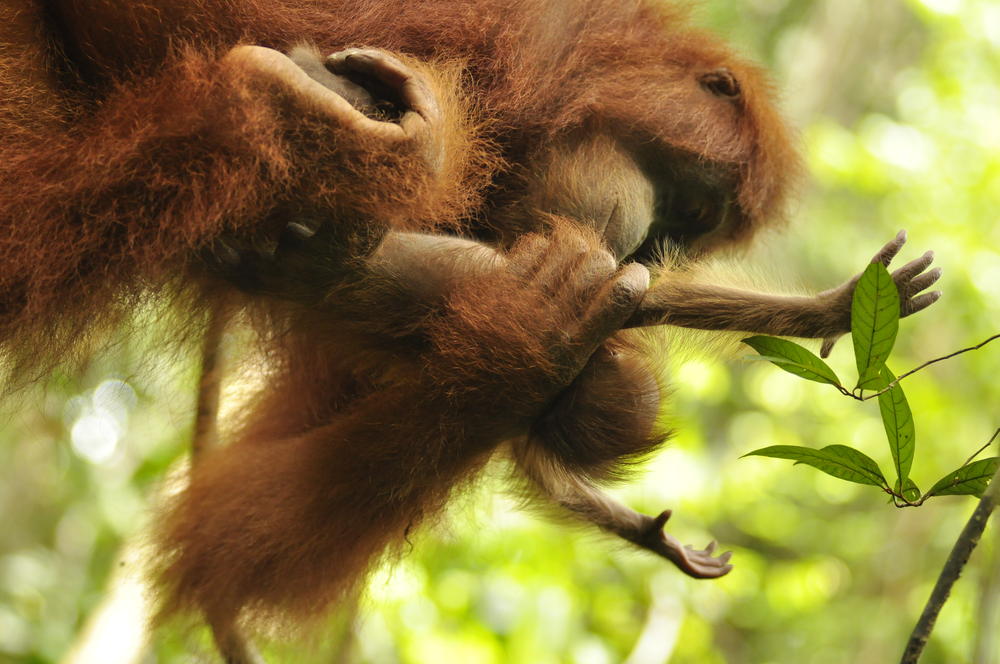 In 2015, WWF received a license to manage 100,000 acres of forest bordering Bukit Tigapuluh National Park that had originally been earmarked for logging concessions. We are working with FZS, The Orangutan Project, and indigenous forest-dwelling communities to restore parts of the land in Thirty Hills that had been deforested and protect animals from poaching and other harmful activities.

A symbol of hope
The birth of Violet’s daughter is an encouraging sign of our work in Thirty Hills. We’re committed to ensuring this spectacular forest and its wildlife survive long term. 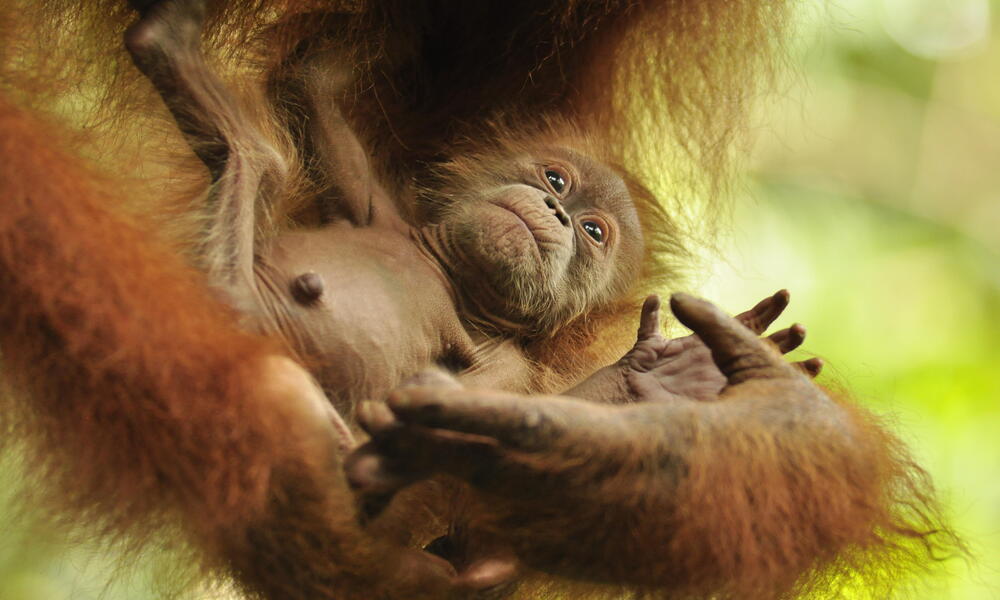