Can Indonesia's Notorious Deforesters Turn Over a New Leaf? 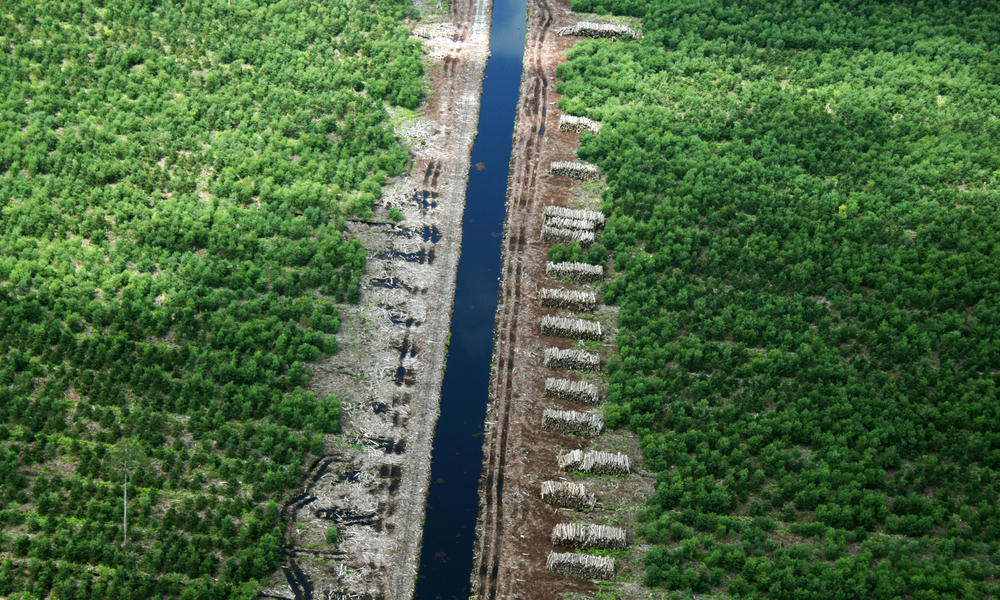 When I first went to central Sumatra more than 30 years ago, forest blanketed most of the landscape. This was a breathtaking place—an Eden home to elephants, rhinos, tigers and orangutans. Heading upstream, long stretches of pristine forest were only occasionally interrupted by small, riverside villages. So you can imagine the shock I felt in 2008 when I flew over Riau province and saw islands of forest surrounded by vast tracts of acacia and oil palm plantations.

While clear-cutting natural forests to make paper stopped long ago in most countries, the practice roared ahead in Indonesia. Whole landscapes were fed into pulp mills, and for the better part of three decades, Indonesia’s pulp and paper industry was synonymous with rampant, industrial deforestation.

A year ago, the industry’s largest player, Asia Pulp and Paper (APP) announced that its fibre supplies would no longer come from pulping Indonesia’s natural forests. Just over a week ago, the second-largest player, Asia Pacific Resources International Limited (APRIL) followed suit with its own announcement of changed practices and new conservation initiatives.

What do pledges from pulp and paper companies mean?

These developments put environmental organizations in a quandary. On one hand, these are the pledges we have been fighting for. In fact, some groups including Greenpeace and WWF have been advising the companies on the details of these new sustainability policies. On the other hand, they have come way too late for the forests already destroyed.

Realistically, we cannot turn back the clock and restore all the forests lost, whether in recent decades in Sumatra or centuries ago in other parts of the world. But those who build businesses by running down natural capital have a moral debt to society. Corporate heavyweights like APP and APRIL can demonstrate they have genuinely turned over a new leaf by restoring critical areas, dramatically reducing their emissions from peat drainage, investing in the conservation of ecosystems under threat, resolving outstanding conflicts with communities and compensating those whose rights and livelihoods have been trampled.

APP announced its commitment to quit deforestation one year earlier than APRIL, and has invested significant resources into commissioning assessments at massive scale and encouraging its large network of suppliers to respect the policy. These efforts are work in progress, and it is too early to assess the outcomes. However, APP's commitment came at the point when little forest not already under legal protection remained in its Sumatra concessions. Only by clearing forests had it freed up enough land to run its mills from plantation fibre, and the new policy lacks concrete commitments to redress this legacy of forest destruction.

APRIL’s announcement also has major shortcomings, not least being the failure to put an unequivocal hold on all clearing until detailed assessments are done. Nor does APRIL’s policy apply to sister companies in the RGE Group. Continued use of mixed tropical hardwood from third parties until 2019—something APP suspended last year—creates risk that high conservation value areas, or peat and other high carbon stock areas, could continue to be pulped. But by striving to conserve an area equivalent to its plantations, APRIL is signalling that it may be ready to address its legacy.

For the customers and institutions that rightly abandoned APP and APRIL or put them on notice, now is not the time to ease the pressure. These companies must genuinely reform their practices and commit to remedying some of the immense damage they have done. For the sake of Indonesia’s forest-dependant peoples and its critically endangered fauna and flora, and for the sake of other forest-rich frontiers in the world, it cannot be the norm that abandoning deforestation after the damage is done is all that it takes to become a responsible player.

Truly independent monitoring must confirm progress against real goals such as avoiding deforestation and resolving social issues. Until that time, and it will take time, the scrutiny should be maintained. The responsibility for confirming real change in APP and APRIL sits in many peoples’ hands—and it is not an opportunity to waste.

Holding them to it

WWF and other NGOs in the Environmental Paper Network have produced a set of performance milestones to assess APP’s progress in truly reforming its practices. We need to hold APRIL to similar performance requirements.

Meeting these milestones will be the key that unlocks NGO endorsement for paper buyers and investors to re-engage. Companies can in good faith change their behaviour and help create a future in which both people and nature thrive. In the cases of APP and APRIL and their holding groups, that means sustainable practices going forward and serious attention to righting past wrongs.

Learn more about the pulp and paper industry.