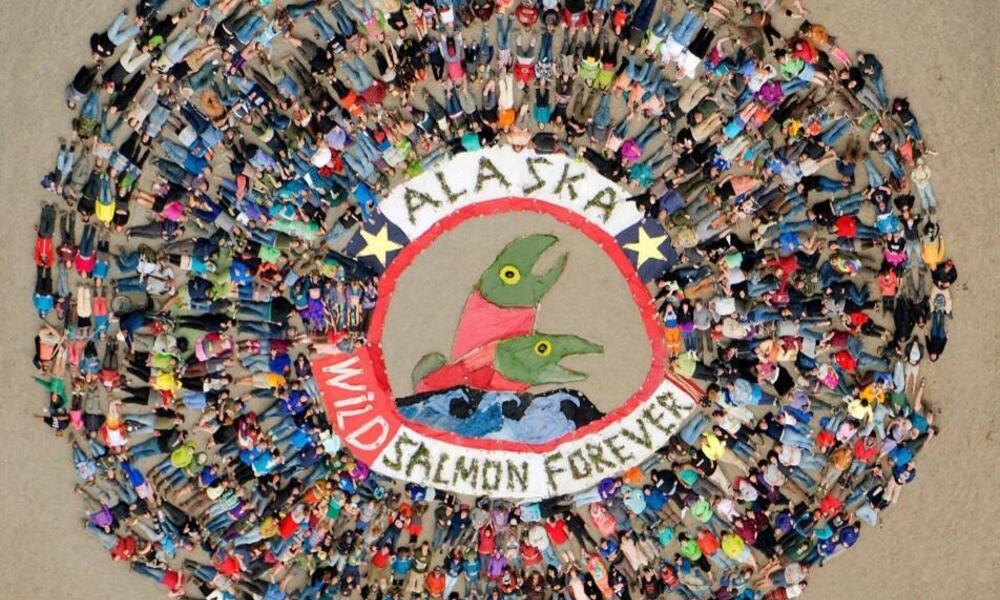 Alaska’s Bristol Bay is the last pristine salmon ecosystem in North America, unmatched in its productivity. Every year, up to 37 million sockeye salmon return to the region to spawn, supporting not only brown bears and bald eagles, but human industry and culture as well. The sockeye fishery is worth an estimated $1.5 billion annually, and thousands of local residents depend on the influx of fish to survive the winter.

The proposed Pebble Mine, a massive copper and gold mine that would be situated at the headwaters of Bristol Bay’s most vital rivers, now threatens this abundance. According to a recent assessment by the U.S. Environmental Protection Agency, the mine would generate up to 10 billion tons of acidic waste, which would have to be stored—forever—in enormous containment lakes.

Given Bristol Bay’s sensitive, interconnected hydrology and seismic activity, it’s a near certainty that some toxic tailings would seep into groundwater and rivers, short-circuiting salmon’s delicate internal navigation systems. Little wonder that more than 80 percent of Bristol Bay residents, and a clear majority of both Alaskans and Americans, oppose the mine.

WWF supports local opposition to Pebble Mine and for years we have worked with our partners to protect Bristol Bay from offshore oil and gas development. In 2012, WWF encouraged the EPA to assess the potential impacts of large-scale mining in the Bristol Bay watershed, a report that demonstrated that Pebble Mine would destroy up to 90 miles of salmon streams and 4,800 acres of wetlands. Nearly 400,000 Americans wrote to the EPA in agreement that Bristol Bay is no place for a giant copper mine.

The pro-salmon sentiment was abundantly clear last weekend at Salmonstock 2013, an annual music festival held in Ninilchik, Alaska, in celebration of wild salmon and the humans who rely on them. The festival featured more than 50 bands from Alaska and the Lower 48, as well as performance art, documentary films, and food—including, of course, salmon tacos, salmon burgers, smoked salmon sticks, and just about every other form of salmon imaginable.

In this slideshow, meet some Salmonstock attendees, from fishermen to fire dancers to filmmakers, and find out why protecting wild Alaskan salmon is so important to all Alaskans.