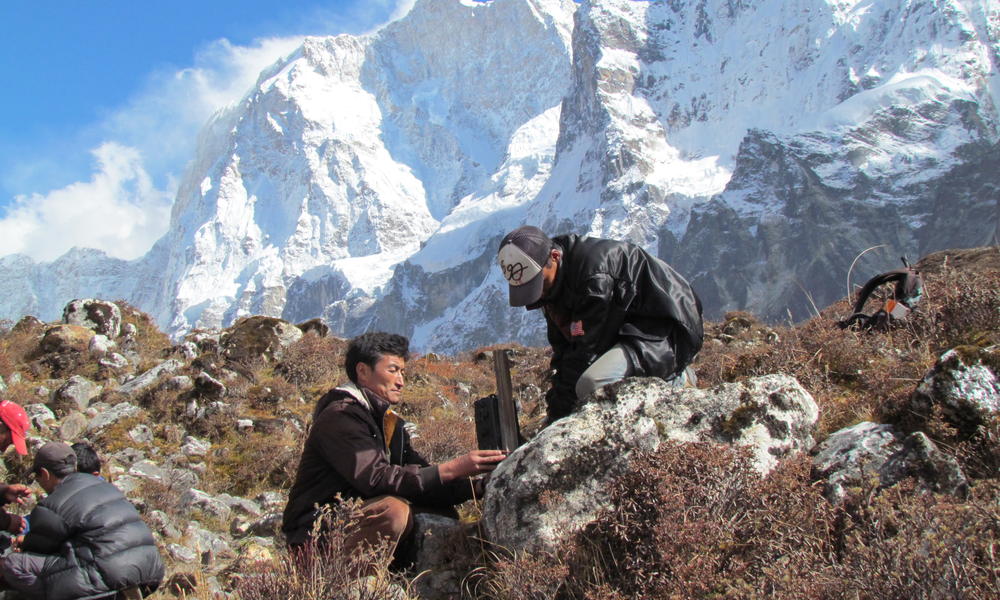 In the shadow of the world’s third highest mountain, people and snow leopards are learning to coexist. In the Buddhist faith, there is a strong belief that the snow leopard is god’s pet, but local communities in Kanchenjunga, Nepal often see the endangered species as a deadly threat.

Snow leopards hunt wild prey like blue sheep and also take domestic livestock. In many impoverished communities each loss of livestock is keenly felt. People rely on animals like the yak for milk, wool, meat and even transportation. As a result, the snow leopard often faces swift and deadly retaliation from communities.

In these harsh conditions, Himali Chungda Sherpa became a champion for the snow leopard. But he didn’t start out that way. Long before he was chairman of the local Snow Leopard Conservation Committee, Himali sought his own revenge against these mountain cats.

A Passion to Save Snow Leopards

When Himali was a young boy, his parents sent him into the pasture to care for the family’s herd of yaks. Early one morning, he discovered three calves were missing.

After hours and hours of looking for his calves, he caught a glimpse of the animals from high on a rocky ridge. Himali scrambled down to the spot, only to find scraps of his calves remained. Next to them were three full-bellied snow leopard cubs. Their mother had killed the calves to feed her young.

“At that moment, I was so angry that all I could think of was revenge,” recalls Himali. In a fit of anger he scooped the cubs into a sack and threw them in the river.

That night he heard the mother snow leopard crying for her children from up in the high mountains. In the pasture below, his yak was longing for her calves.

“It was then that I realized what a sin I had committed. I promised never to harm a snow leopard again,” says Himali. “Today, my passion is to save them.”

Himali and others are now at the forefront of community-led efforts to save snow leopards. WWF supports their work by training them to survey and monitor snow leopards. We also help the community promote wildlife ecotourism and find solutions that benefit both people and snow leopards.

As these conservation measures take root, snow leopard numbers are on the rise. In the past, an increase in snow leopards would have led to more livestock being killed and retaliation from local communities.  Instead the livestock insurance plan has allowed the community to withstand losses.

In the past four years, not a single snow leopard has been killed in retaliation by Himali’s village.  This community-led insurance plan is an effective and economically viable model for similar projects around Nepal.