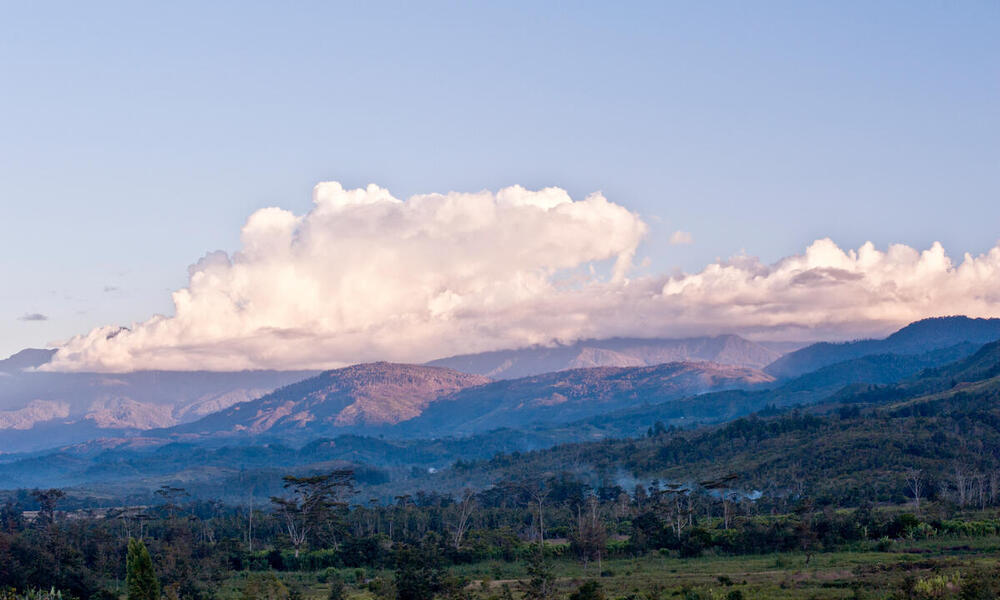 An ideal day for Alex Waisimon begins just before sunrise. Still sleepy, he walks out the front door of his home in the Indonesian province of Papua and up the steps of the elevated hut he built behind his house a few years earlier. He comes alive when he climbs into the hut and tunes into the sights and sounds that surround him in the dense forest. He is looking and listening for birds of paradise—the pride of Papua—not just for his own pleasure but for the pleasure of tourists who have hired him to help spot these colorful and elegant species. 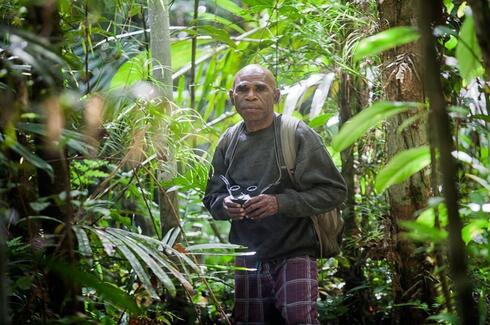 This week, Waisimon also is starting each day just before sunrise. But halfway around the world, at the climate negotiations in Morocco, where he is one of three local and indigenous community leaders representing Indonesia. And he is starting in a hotel, not in the forest, as he prepares for daylong meetings.

His mission, though, is the same. In both cases he wants to educate people about the importance of Papua’s forests. The trees in the forests store carbon dioxide and other forms of carbon and, by doing so, help mitigate climate change. The forests are ideal habitat for birds and hundreds of other species found nowhere else on Earth. The forests help purify the water hundreds of tribes in Papua rely on to survive. And so much more.

He also is on a mission to inspire them to support the approach that he, WWF, and others are starting to use to save Papua’s forests—which are some of the largest remaining intact forests in Southeast Asia, but are increasingly at risk of being destroyed to make room for palm oil plantations, as well as mining and industrial logging operations. The forests are part of the island of New Guinea, which WWF has identified as one of the 11 most threatened forest regions in the world.

The approach is called community-based forest management and, as its name implies, is centered on giving community members (often indigenous community members, such as Waisimon) the legal authority to take the lead in managing land they rely on to survive, as well as making decisions on how that land is used.

Community-based forest management, when done well, is one of the best approaches for addressing climate change and saving forests. That is why WWF has helped indigenous and local communities in Papua map nearly 29.7 million acres of forest land, obtain the rights to manage forest land, implement best practices for responsible forestry, develop markets for their timber and non-timber forest products, and obtain Forest Stewardship Council certification on some of the land. 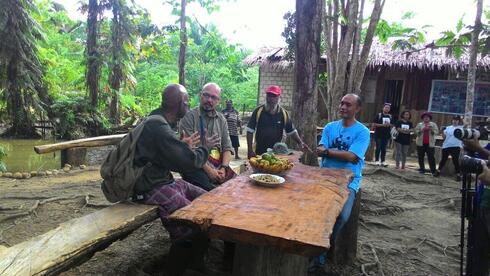 Waisimon and others in Papua learned about this approach in 2015 and it has taken off quickly. In August, nine tribal leaders from Papua’s Jayapura District—including Waisimon—signed a document committing to permanently protect 242,000 acres of forest land. They will do so by using the community-based forest management approach to manage the land responsibly.

WWF later delivered the document to the Indonesia Ministry of Forestry and Environment, which acknowledged that community-based forest management is central to meeting the commitments Indonesia made as part of a global deal to help curb climate change called the Paris Agreement, and attainting the ambitious goal recently set by the Government of Papua: at least 80% of Papua Province will remain under forest cover at all times.

Meeting those goals would be a tremendous win for Waisimon, who believes, “Indonesia’s rich biodiverse nature is our gold and it’s up to us to protect and keep our nature shining for generations to come.”