Conservation on the move

For kids in central Sumatra, WWF's Mobile Education Unit helps them connect to their natural world 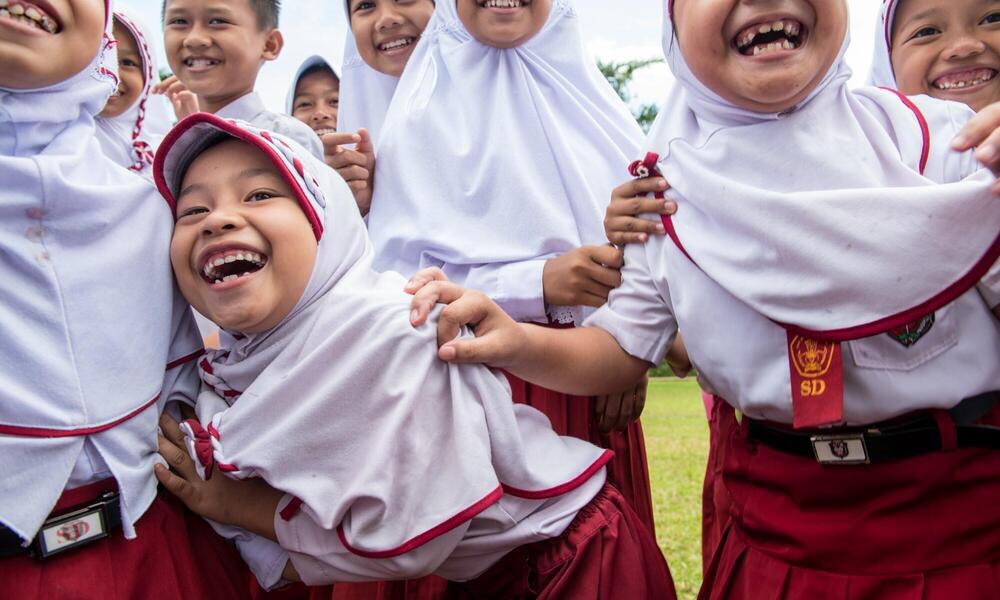 One muggy morning, a group of uniformed fifth graders files from their classroom and forms a circle in the grassy common of State Elementary School 192. At their center, wielding a microphone, a compact, energetic man named Samsuardi counts them into groups of three, and announces their roles: Ones and threes will grasp each other’s shoulders, representing large, shady trees in the forest; twos are elephants, which must hide under the trees for shelter.

The elephants dutifully find trees to crouch beneath. “HUNTER!” Samsuardi shouts, his high-pitched voice ricocheting off the compound walls. The elephants scurry out from under the trees to the edge of the field. He calls them back, then bellows, “LOGGER! LOGGER!” This time the trees flee, giggling as they miraculously uproot themselves and leave the elephants exposed.

The game looks like anything you’d expect to see on a playground, until Samsuardi ends it with a mini conservation lesson. “It’s important to keep elephants and trees together,” he tells the students, his tone serious now. “If there is no forest, the elephants will suffer.”

Samsuardi on a school visit with the Mobile Education Unit.

A conservation lesson in the form of a game.

State Elementary School 192 serves Tri Makmur Village in central Sumatra. Since the mid-1980s, small-scale and industrial farming operations have gnawed away at the Indonesian island’s rain forests, steadily replacing its lush native trees and vegetation with palm oil and rubber plantations. As those forests have shrunk, critically endangered Sumatran elephants and Sumatran tigers have been pushed into smaller and smaller habitats—and more conflict with nearby human communities

The rapid deforestation of Sumatra has caused severe consequences for people too, Local villagers lose the built-in services provided by intact forests—including flood and erosion control. They may also suffer from health-endangering haze when land is illegally cleared by slash-and-burn methods on a massive scale. Tri Makmur Village lies close to a forest known as Thirty Hills (Bukit Tigapuluh in Bahasa), one of the last remaining havens for Sumatra’s elephants and tigers.

Samsuardi, an awareness education specialist for WWF, directs the Mobile Education Unit , a conservation program started in 2016 and funded by the Michelin Foundation. Through games like the elephant-and-tree exercise, a mobile library, and a series of lessons taught by School 192’s teachers, the MEU is helping students here—along with those at nine other local elementary schools—learn how to protect vulnerable wildlife and prevent conflict with elephants and tigers.

Reviewing offerings from the mobile library.

The hope is that each resident will become an ambassador for protecting the forest and its species. For students at School 192, that means going home and sharing what they’ve learned from the MEU with their families.

"Teach these stories and games to your mothers, your fathers, your brothers, and your sisters,” Samsuardi tells the whole student body at the end of the MEU’s visit. “Tell them about the importance of protecting the forest. Habitat is home, so it’s important to protect our home.”