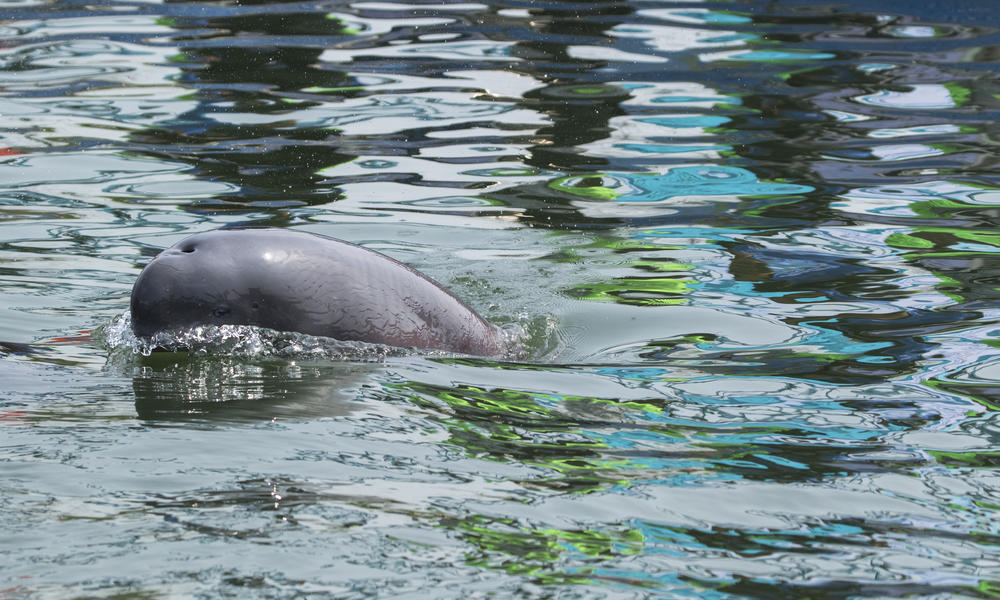 A healthy population of the critically endangered finless porpoises now lives in a safer part of the Yangtze River, thanks to efforts by WWF and our partners.

Four adult porpoises—two male and two female—were carefully selected from a sample of 59 animals captured by a team of experts using specially designed nets from Tian-e-zhou National Oxbow Reserve. After extensive health checks, the team transported the porpoise group to their new home in the central province of Hunan on Dec. 1. This movement will boost the genetic viability of the existing population, which had been introduced to the new habitat earlier this year.

The finless porpoise is one of China’s most iconic mammals, renowned for its mischievous smile and high levels of intelligence. However, there are now only around 1,000 left in the main Yangtze River and connecting lakes, with numbers declining by almost 14% a year.

The December translocation project is the latest bid to save the species from the same fate as its cousin—the Baiji dolphin—which was driven to extinction less than a decade ago in the same river. The number of breeding adults has now been doubled to eight in the He-wang-miao/ Ji-cheng-yuan Oxbow Reserve.

Back in March 2015, WWF and partners led a translocation project in which four Yangtze finless porpoises were released into a new home in the He-wang-miao/ Ji-cheng-yuan Oxbow Reserve in China’s Hunan province. The release marked the start of an ambitious translocation project to help save the critically endangered species from extinction.

Notable progress
The ambitious campaign to safeguard this second population follows the unprecedented success of introducing the finless porpoise in Tian-e-zhou in 1990, which then became a protected nature reserve just two years later. A census carried out last month revealed that numbers have more than doubled in this reserve in the last five years, to approximately 60 individuals.

The census also confirmed the population is thriving, with one third of the finless porpoises included in the study either pregnant or mothering suckling calves.

Without establishing breeding populations in protected Oxbow lakes alongside the main river, the species could cease to exist within a generation.

Meanwhile addressing the threats and striving to restore a Yangtze River that can support strong populations of not only the finless porpoise but all its biodiversity continues as a priority for both the government, WWF, and other river stakeholders.