Rescue of Sumatran Rhino brings hope for the species 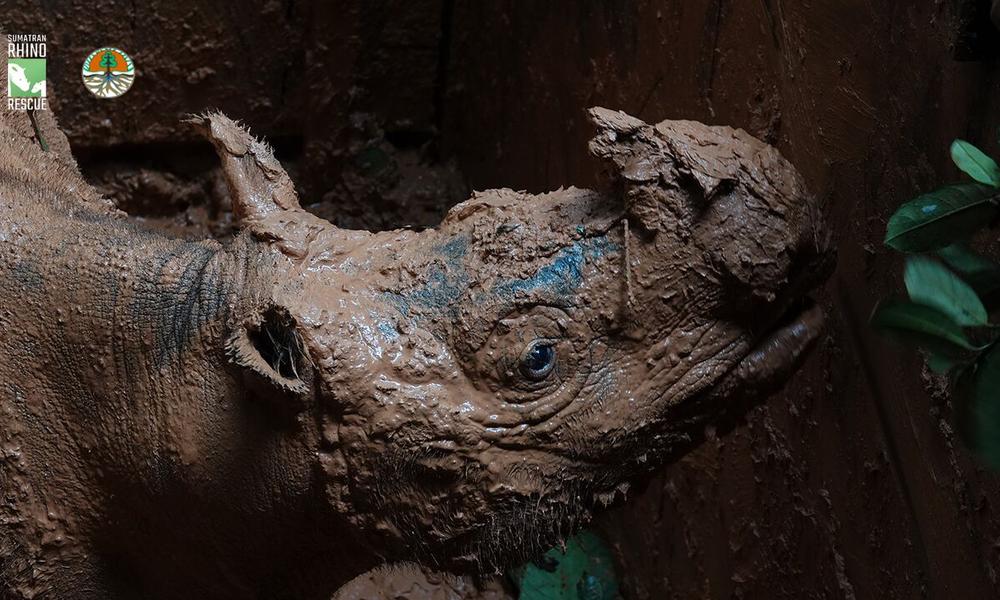 Pahu the Sumatran Rhino is settling into a new home. Just like with humans, a move can be stressful for an animal. But veterinarians and scientists are monitorning Pahu closely and are optimistic she will adjust well.

The rhino’s relocation is part of a larger strategy to save the critically endangered Sumatran Rhino. The species is facing a very real and imminent threat of extinction. Decades of poaching and habitat loss have left fewer than 80 Sumatran rhinos in the wild.

The last remaining Sumatran rhinos live on two Indonesian Islands--Sumatra and Kalimantan. They are so widely dispersed that they struggle to find compatible mates and successfully breed to produce their next generation. The biggest threat they now face is isolation, and the odds of adult rhinos finding suitable mates in the wild are dwindling.

Facing this dire situation, the Indonesian Government, WWF and and rhino experts from around the world together concluded that saving the Sumatran rhino requires the capture of most of the remaining isolated animals in order to consolidate their populations in managed sanctuaries and facilitate their breeding.

The ultimate goal is to increase Sumatran rhino numbers so that they can eventually be returned to the wild in secure habitat areas. Recently, and in support of the Indonesian Government’s efforts, a coalition of international conservation organizations, including WWF, National Geographic, IUCN, International Rhino Foundation, and Global Wildlife Conservation, launched a new program to reach this ambitious and urgent target.

The Sumatran Rhino Rescue, as this joint effort is called, has started to bear fruit. Last month, the Indonesian Government announced that a first Sumatran rhino, a female named Pahu, was successfully rescued from a small isolated forest patch in Kalimantan, with the support of WWF, local partners and Sumatran Rhino Rescue.

Veterinarians on site indicated that Pahu was in good health and was fit for transport to a designated sanctuary in less than 100 miles from the capture site. Pahu arrived safely at the sanctuary and appears to have handled the move well.

“Rescuing Pahu was time sensitive and critical to her survival,” said Ginette Hemley, Senior Vice President for Wildlife Conservation at WWF. “Pahu’s habitat was located in a mining concession and was literally being chopped away. We are cautiously hopeful that Pahu’s rescue is a first successful step in the survival of this amazing creature.”

Over the next several weeks and months, husbandry experts and veterinarians will monitor Pahu’s health and assess her breeding viability.

The rescue of Pahu is the first of a series of captures and translocations that are expected to take place as the new expanded captive breeding program gets underway. Although not without its risks, this may well be the last chance to secure the survival of the Sumatran rhino.