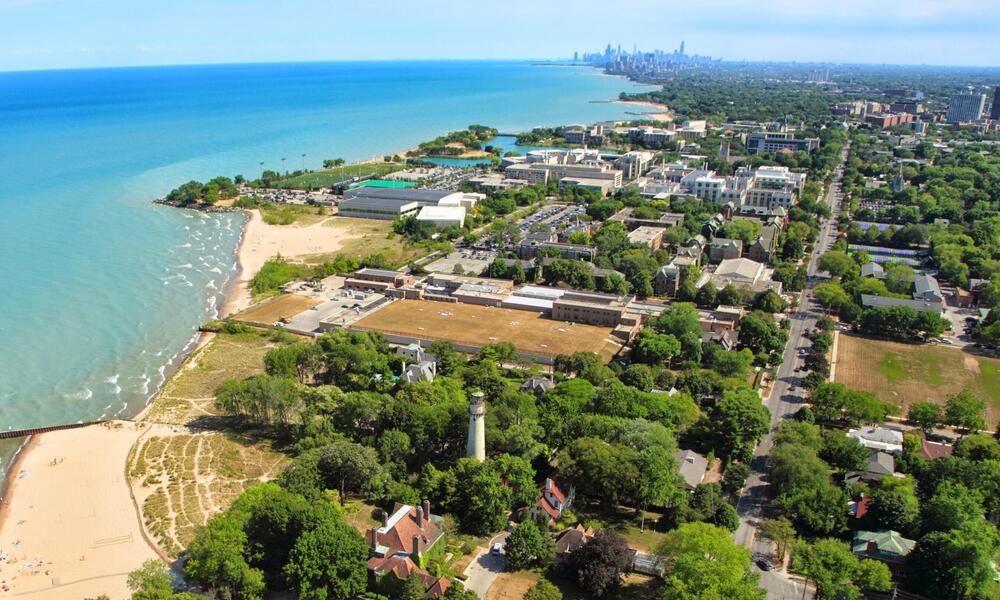 Evanston, Illinois, is our new 2015 US Earth Hour Capital. An international jury selected the city from among 44 participating US cities. WWF’s Earth Hour City Challenge highlights and supports local action towards climate change including transitioning to 100 percent renewable energy and preparing for the impacts of extreme weather.

“We are extremely proud to be appointed the 2015 U.S. Earth Hour City Capital,” Evanston Mayor Elizabeth B. Tisdahl said. “It was an honor to compete alongside Cleveland and Seattle, large cities known for their sustainability efforts. I am looking forward to meeting with leaders from City Capitals across the globe to learn more about their green efforts and how Evanston can continue to improve our sustainable efforts.”

The 11-member City Challenge jury comprised of renowned leaders in urban sustainability noted Evanston’s impressive commitment and demonstrable progress toward fighting climate change. Evanston will now represent the US as WWF’s 2015 Earth Hour Capital and a candidate for the honor of Global Earth Hour Capital from among 16 City Capitals from countries around the world. The leadership of cities like Evanston shows what is necessary and possible in this important year for international coordination on climate action.

“More than ever, individual and local actions are critical to reducing our global impact on our planet. In the US, our cities are leading the way with innovative strategies to reach our nation’s climate targets and help reduce global carbon emissions.”

“As world leaders prepare for this year’s UN climate talks, Earth Hour comes at a critical point to ignite climate action conversations on a local level,” Lou Leonard, vice president, climate change at WWF US, said. “More than ever, individual and local actions are critical to reducing our global impact on our planet. In the US, our cities are leading the way with innovative strategies to reach our nation’s climate targets and help reduce global carbon emissions.”

The honor for Evanston comes after neighboring Chicago was named US Earth Hour Capital in 2014.

“As last year’s Earth Hour Capital, Chicago was honored to lead the nation in this important moment of environmental awareness,” Chicago Mayor Rahm Emanuel, said. “We are especially proud that this year’s Capital remains in the Prairie State and congratulate Mayor Tisdahl and Evanston for carrying the torch for climate leadership in 2015.”

Evanston has plenty to show for its efforts to fight climate change, even for a small town of 75,000. For the last three years, the city has used a policy called community choice aggregation to provide 100 percent renewable electricity to all of its residents and small businesses—at lower price than fossil fuel power, no less.

Northern Illinois is not known as the sunniest place in the country, but the 25 kW solar photovoltaic system Evanston built on its water treatment facility is showing how solar energy makes environmental and economic sense even in this region.

For a community like Evanston, much of its carbon pollution comes from building electricity. To drive energy efficiency, the city adopted a resolution requiring all buildings over 10,000 square feet to meet the silver certification level of the US Green Building Council’s Leadership in Energy & Environmental Design (LEED) standard.

Evanston is also addressing conservation of other resources—land, water, food, waste—through a comprehensive strategy outlined in its Climate Action Plan. This plan involves the active participation of residents and the business community. The Green Ribbon Committee is comprised of the seven largest employers in town, all committed to advancing the vision of the Climate Action Plan towards a sustainable future.

Earth Hour and Beyond
On March 28 at 8:30 pm, Evanston will join other cities and individuals across the world to celebrate Earth Hour and commit to reducing our environmental impact. The city will use its strong social media presence to have residents and businesses share their commitment to going “Lights Out” for the hour.

Mayor Tisdahl and Sustainability Manager Catherine Hurley will join WWF at ICLEI-Local Governments for Sustainability’s World Congress in Seoul, South Korea, April 9-12 to be recognized along with other Earth Hour City Capitals and to learn from and share their story with more than 1,400 local leaders in attendance from around the globe.