Freezing the footprint of food 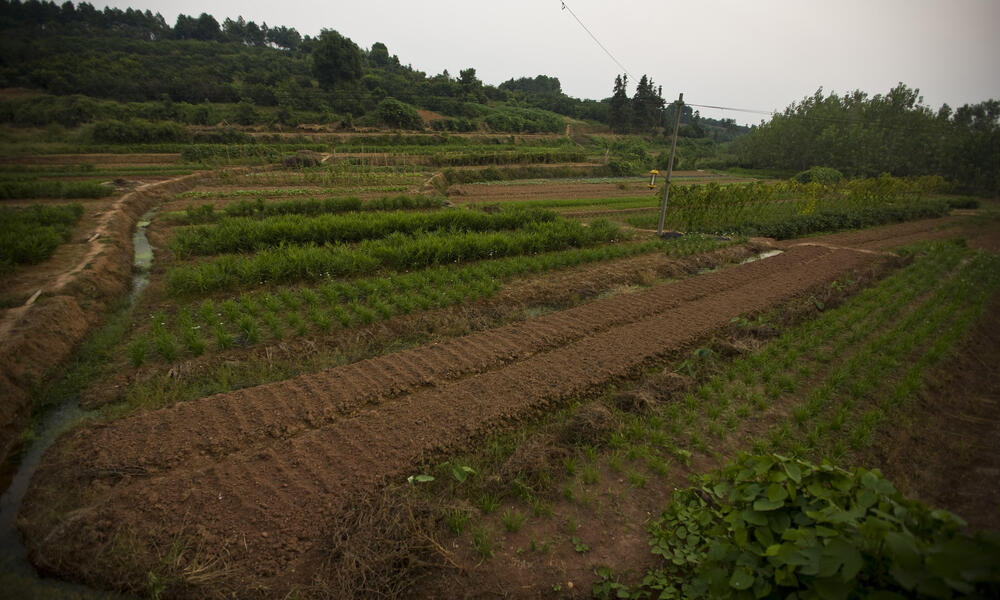 By the year 2050, our planet will be home to another two billion people. How and where we will we feed everyone has become one of the most pressing conservation issues of the 21st century.

Farmers will need to produce twice as much food as they do now to meet population demands. Where will this food come from? Today, we use over a third of the planet’s surface to grow food. When you subtract deserts, mountains, likes, rivers, cities and highways, food production is spread over 58 percent of the land. Take out national parks and other protected areas and this figure rises to 70 percent of the planet’s available surface.

We need to freeze the footprint of food—find ways to double the productivity of farming, so that we can produce twice as much food and fiber on the same amount of land. This will require many actors working on several strategies simultaneously.

At WWF, we have identified eight steps, when taken together, could produce enough food for all and still maintain a living planet.

1. Eliminate Waste in the Food Chain
Today, we waste one out of every three calories produced. In developing countries, waste is a result of post-harvest loss, lack of infrastructure, and lack of storage. In countries like the United States and in the European Union, waste usually occurs in the home or in restaurants as unused food is thrown away.

If we eliminated waste in the food chain today—by recycling post harvest loss, improving infrastructure and eliminating post-consumer waste—we could halve the amount of new food needed by 2050.

2. Harness Technology to Advance Plant Breeding
The study of genetics, combined with 21st Century technology, can help us scale up the amount of nutrients in different foods. At the same time, it will improve productivity, drought tolerance and disease resistance in an era of climate change.

WWF works with the African Orphan Crops consortium, including partners like the Beijing Genomics Institute, Mars, Incorporated and the African Union's New Partnership for Africa's Development (NEPAD), to map the genomes of two dozen of the most important food crops in Africa. Once sequenced, this information will be put into the public domain so plant breeders can provide better planting materials for farmers.

3. Share Better Practices More Quickly
We must address the poorest-performing producers to improve food production, increase incomes and reduce environmental impacts. Today it takes about ten years to spread and implement better practices around the globe. We can do better in our digital age and spread this information faster and more efficiently.

We also need governments to deal with the bottom 25 percent of producers that are responsible for the majority of environmental impacts on the habitats and species we care about. The world’s governments must adopt policies that help shift the whole performance curve.

4. Use Less to Produce More: Efficiency Through Technology
We need to double the efficiency of every agricultural input—including water, fertilizer, pesticides, energy and infrastructure. Agriculture accounts for 70 percent of global water use. Right now, on average globally, it takes one liter of water to produce one calorie of food. We must do better. If we halved the water used and doubled production, we would quadruple efficiency. The technology exists to do this, and the best producers can already achieve these results.

5. Rehabilitate Degraded Land
Instead of farming new land, we need to rehabilitate degraded, abandoned or underperforming lands. Restoring and cultivating these lands would significantly reduce pressure on critical ecosystems such as rainforests, peat swamps and high-biodiversity savannas. Studies show that rehabilitating degraded land for agriculture can actually be more profitable than converting forest land. In Brazil, at least 10 million hectares of degraded land have been rehabilitated and planted with crops. The Brazilian government aims to do the same on 25 million additional hectares by 2020. What if more countries followed this model?

6. Establish Greater Property Rights
How many farmers will plant a tree or invest in sustainability if they don't own the land, not just for themselves but to pass on to their children? The lack of clear property rights is a significant barrier to food security in many places in the world. For instance, in Africa, women grow most of the food but rarely have property rights to the land in their name. Foreign assistance for economic development could be linked to the establishment of property rights for individuals. The African Union, NEPAD or the World Bank could take the lead in encouraging nations to ensure property rights.

7. Balance the Disparity Between Under and Over Consumption
One billion people in the world don't have enough food, while one billion people eat too much. About half of the people without enough to eat do not own land or produce their own food. Today they are split between rural and urban areas—but by 2050 most will live in cities.

The rural poor in Africa have always had access to “famine foods”—nutrient-dense leaves of common plants such as cassava and sweet potatoes. But for the urban poor there is no such buffer. About 40% of children under the age of five in sub-Saharan Africa suffer from malnutrition. These leaves of common plants, now often discarded, could be used to enrich flour in school lunch programs and in home cooking.

8. Restore Soil Carbon
Soil carbon—or organic matter—is key to conserving farmland for future generations. Indeed, the single best measure of rehabilitated soil is increasing organic matter. However, half of the world's top soil in the tropics, in which most soil carbon resides, has been lost in the past 150 years. Increasing soil carbon raises productivity, reduces input use, and increases farmer income.

Two approaches could help farmers conserve their soils. The first is a greater emphasis on tree crops and deep-rooted grasses, which build soil carbon and reduce erosion. The second is creating a carbon market for agriculture. Retailers or leading brands that purchase commodities like sugar, milk, coffee, cocoa, or palm oil could also buy the carbon that the farmer sequestered or avoided releasing during production. WWF, with support from the Dutch government, and food-linked companies including Unilever, Nutreco and Rabobank, are exploring the amount of carbon that could be bundled with commodities and sold in global markets.

Written by Dr. Jason Clay, WWF’s Senior Vice President of Market Transformation. He is at the forefront of a growing trend of non-governmental organziations and business working collectively to do more with less. His work was recently recognized by the James Beard Foundation Leadership Awards for his “efforts to study and address the global social, environmental, and economic impact of a variety of commodities, and his cross-sector work to improve the sustainability and supply chain management of these commodities.”