Learn more about the charismatic animals swimming in rivers around the world. 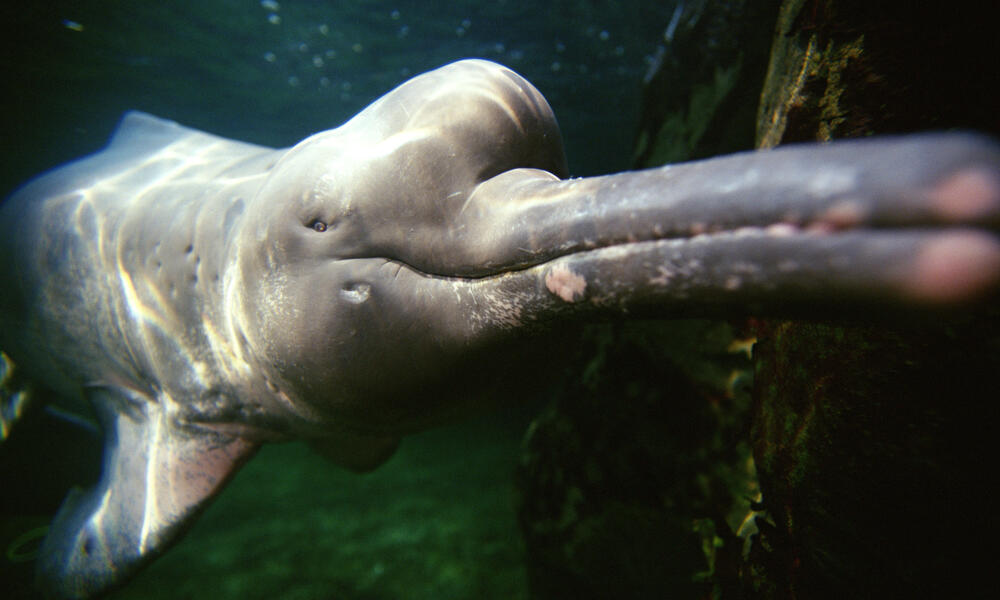 Swimming through rivers in parts of South America and Asia is what one might consider an unexpected figure: the dolphin. It joins the ranks of the shark and the sea turtle as some of the oldest creatures on Earth. And while they're most commonly associated with oceans, dolphins—and porpoises—can actually be found in several major rivers on two continents.

River dolphins act as indicators of river health in the basins where they live. If the dolphin population in a river is thriving, then the overall state of that fresh water system is also likely flourishing. But if that population is on the decline, then it’s considered a red flag for the ecosystem as a whole.

WWF is the only organization working to safeguard all river dolphin species across the world. Under our River Dolphins Initiative, WWF collaborates with governments, communities, and other partners in countries with river dolphin populations to change policies and practices, address direct threats to the species such as bycatch and infrastructure, protect habitats, and bolster scientific research.

Here’s a look at river dolphins around the world, the challenges they face, and what WWF is doing to keep them around for the long haul.

Unknown, but likely in tens of thousands

Also known as the boto or ‘pink river dolphin,’ the Amazon River dolphin swims throughout much of the famed South American river basin and the neighboring Orinoco river basin that stretches through Colombia and Venezuela. The species is characterized by its long snout and pale pink color. It has two recognized types or subspecies:
Bolivian Bufeo (Inia geofferensis boliviensis) and Common Bufeo (Inia geoffrensis geoffrensis)

Like its relatives elsewhere, the Amazon River dolphin faces challenges from development projects. Dam construction fragments populations and limits the species’ range and ability to breed. Pollution, including mercury, also impacts these dolphins. They’re also often deliberately killed for use as bait in the mota catfish fishery, which gathers fish that demand high prices in cities.

WWF is doing a wide array of activities to protect river dolphins in the Amazon and Orinoco rivers such as satellite tagging to get an accurate picture of distribution and behavior, monitoring over 3000 miles of river through expeditions and drones to count and track individuals, and working with partners across country borders on conservation and community engagement to protect the rivers that the dolphins call home. In 2020, WWF played a key role in supporting the Regional Conservation and Management Plan for River Dolphins in Brazil, Colombia, Ecuador, and Peru. This work was done as part of a collaboration of non-profit organizations known as the South American River Dolphin Initiative (SARDI) with a goal of increasing collaboration between the four countries to conserve critical habitat space and ensure the protection of these freshwater kings.

The Amazon River basin covers about 2.7 million square miles, stretching from the Andes Mountains in Peru to the Atlantic Ocean on the northeastern coast of Brazil. More than 3,000 freshwater fish species live in the river. WWF engages local communities and partner with governments to identify solutions that bridge the needs of economic development and conservation—including providing scientific support to help find dam locations that will do the least harm to the environment. 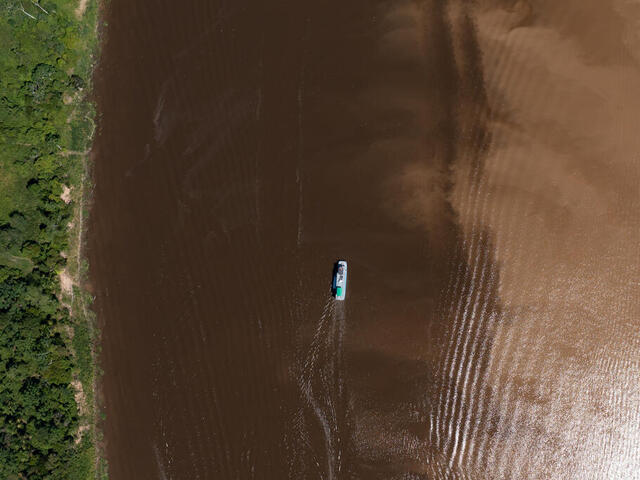 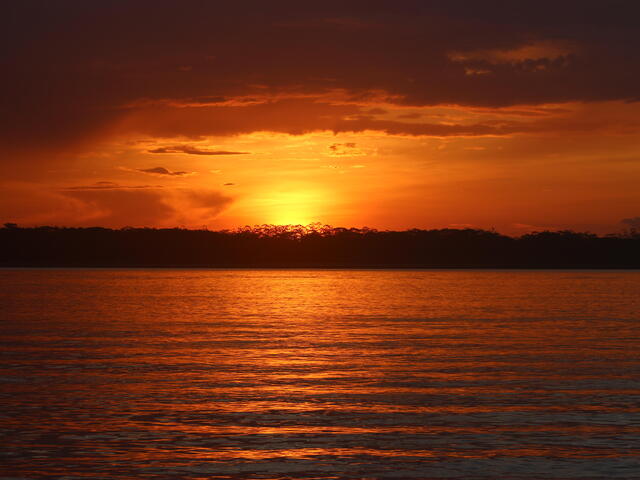 Tucuxis face the same threat as their close relatives, the Amazon river dolphins, such as gillnet mortality, deliberate killing for fish bait and development—such as the construction of dams—continues to challenge Tucuxi populations by fragmenting their range and limiting breeding opportunities.

The primary thing we need to do for the Tucuxi is to expand satellite tagging of individuals, which will give us a better idea of distribution and movement that will inform long-term conservation. WWF has developed standards to improve management of protected areas with the help of partners and governments. This will also enhance conservation effectiveness through a monitored process.

The Orinoco River flows through Colombia and Venezuela all the way out to the Atlantic Ocean. As one of the longest rivers in South America, it plays a crucial role in supporting rich plant and animal life and growing communities. But as the region develops, the challenges facing the Orinoco basin increase.

WWF, the University of Maryland Center for Environmental Science, and local partners completed a health assessment of the Orinoco River Basin, delivering a report card in 2016. The basin scored a B-, showing a basin in transition, facing real and immediate threats from land use change, loss of forest cover, and ecosystem transformation. WWF is emphasizing the need for integrated land use planning to ensure development occurs sustainably. 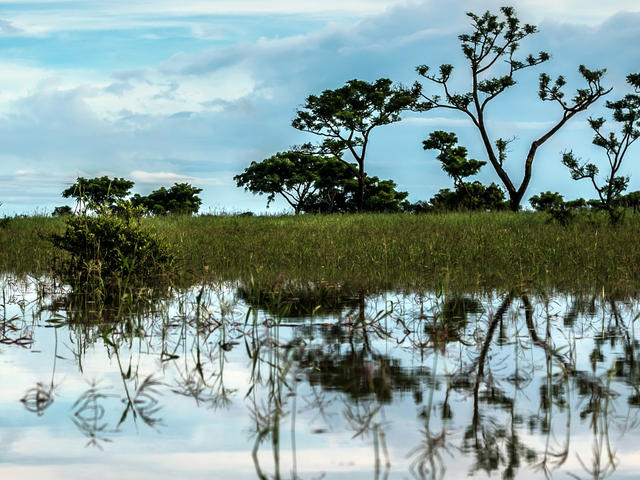 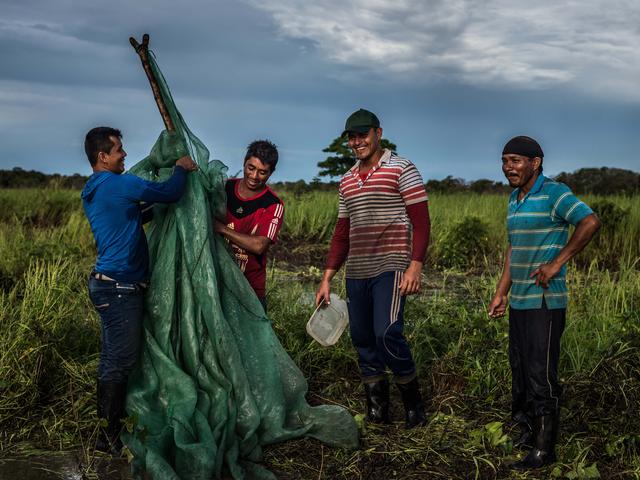 The Ganges river dolphin— known locally as susu, which refers to the noise the dolphin is said to make when it breathes —inhabits parts of the Ganges, Meghna, and Brahmaputra river systems in India, Nepal, and Bangladesh. Often regarded as the ‘Tiger of the Ganges,’this swimmer is essentially blind and catches prey with echolocation, emitting sounds and listening for the reflected echoes when it bounces off objects. .

Living in one of the most densely populated parts of the world, the Ganges river dolphin faces threats from agriculture and industrial pollution and other human activity such as dam and blockade creation, irrigation canal construction, and fishing. This development activity divides and isolates populations, significantly reducing its range. Planned navigation projects on the later Ganges delta also pose a serious threat to the species and its habitat.

We can’t protect the Ganges river dolphin without the help of local communities. That’s why WWF works with people who live along a vital stretch of dolphin habitat to use natural fertilizers, not dispose of domestic sewage in the river, reforest the river bank, and ban commercial fishing and sand mining activities. WWF is also engaging community members through citizen science programs around river dolphin and ecosystem monitoring.

The remaining Indus River dolphins, known locally as the Bhulan, are only found swimming in the lower parts of the Indus river in Pakistan, with an addtional small, isolated population found in the Beas River in India. These functionally-blind dolphins rely on echolocation to navigate, communicate, and hunt prey in the muddy river waters.

Beginning in the 1930s, the construction of numerous dams and barrages led to the initial decline of the Indus River dolphin by splitting the population into small groups, degrading their habitat, and impeding movements. The dolphins sometimes get entangled in fishing nets, stranded in irrigation channels, and face the dangers of pollution, too.

WWF works to conserve a viable population of Indus River dolphins and protect their habitat at large, while also taking action for individual dolphins through taking part in rescue missions when individual dolphins become trapped in irrigation canals. There’s even a river dolphin hotline in Pakistan that people can call when they see an animal in trouble. Around 200 trapped river dolphins have been safely rescued and released back into the Indus since over the past two decades. Additionally in early 2022, three Indus river dolphins were safely tagged with satellite transmitters, which will provide critical data about their movements, behavior, and habitats that will support long-term conservation. WWF is also conducting trials of sound-emitting devices called pingers, on the canal gate pillars. The pinger sounds annoy dolphins, leading dolphins to hopefully avoid these pingered areas, therefore avoiding the dangerous canals. If successful this can help saving dolphins from the risks associated with canal strandings.

Unsustainable fishing practices remain the principal threat to the Irrawaddy dolphin. The species is not directly exploited, but can accidentally end up in fishing gear intended to capture other animals. Habitat degradation and population fragmentation due to dam development also impacts the dolphins.

In addition to conducting research to learn about dolphin mortality, population, and ecology, WWF teaches local communities about dolphin and environmental conservation. To expand sustainable fishing practices and prevent dolphins from accidental capture in nets and other equipment, we’ve developed community fishery management zones and with the help of partner, Yayasan Rasi, also piloted the pinger device in the Mahakam River, Indonesia. By attaching the pingers to local fishing nets, the pingers protect the dolphins from getting accidentally entangled and support the local fishers by protecting their nets and oftentimes improving the fish catch. These activities and ongoing monitoring by river guards help to maintain current population levels and support positive engagement with local communities.

The vast and essential Mekong River accounts for up to 25% of the global freshwater catch and provides livelihoods for at least 60 million people. But as countries in the Greater Mekong region such as China, Thailand, and Cambodia continue to grow, so too do environmental challenges. Hydropower development, climate change, and habitat loss pose the greatest threats to the river. WWF is conducting an assessment of the health of the river basin to better identify conservation needs. 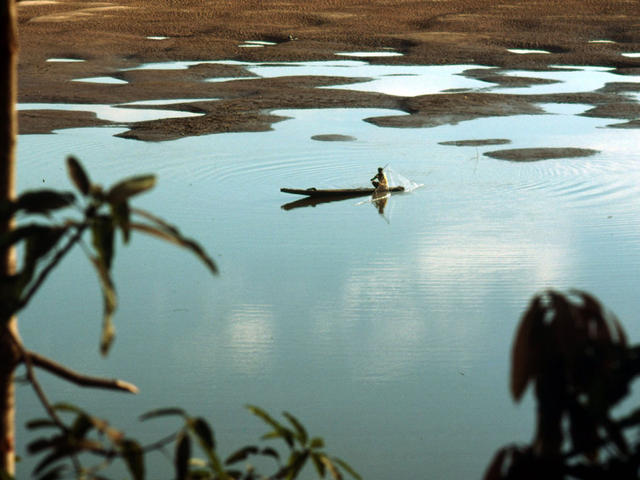 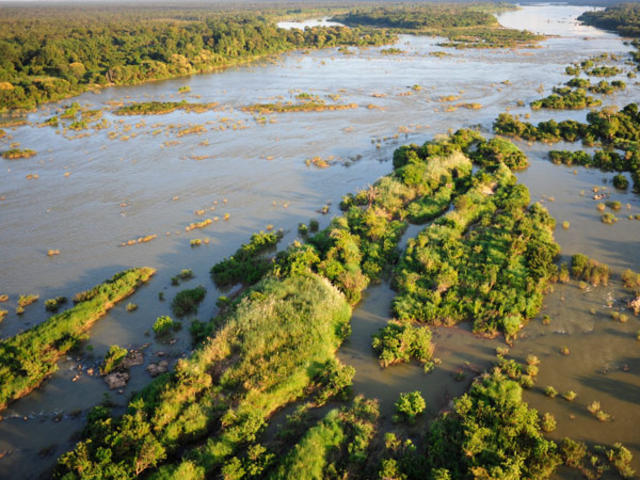 Dredging, pollution, and boat strikes from shipping and transportation on the river threaten the finless porpoise. Sand mining and illegal fishing also impacted the species.

In 2014, the Chinese government gave the Yangtze porpoise the strictest protections available by law. From 2021, the new Yangtze River Protection Law has placed a 10-year ban on fishing in the Yangtze River while compensating fishermen. WWF works with the government to relocate porpoises to safer parts of the river where they have a better opportunity to thrive. While it indirectly benefits the Yangtze porpoise, WWF is working to enhance the health of the Yangtze as a whole through the development of the first Living Yangtze Index to detail the health of the river from source to sea.