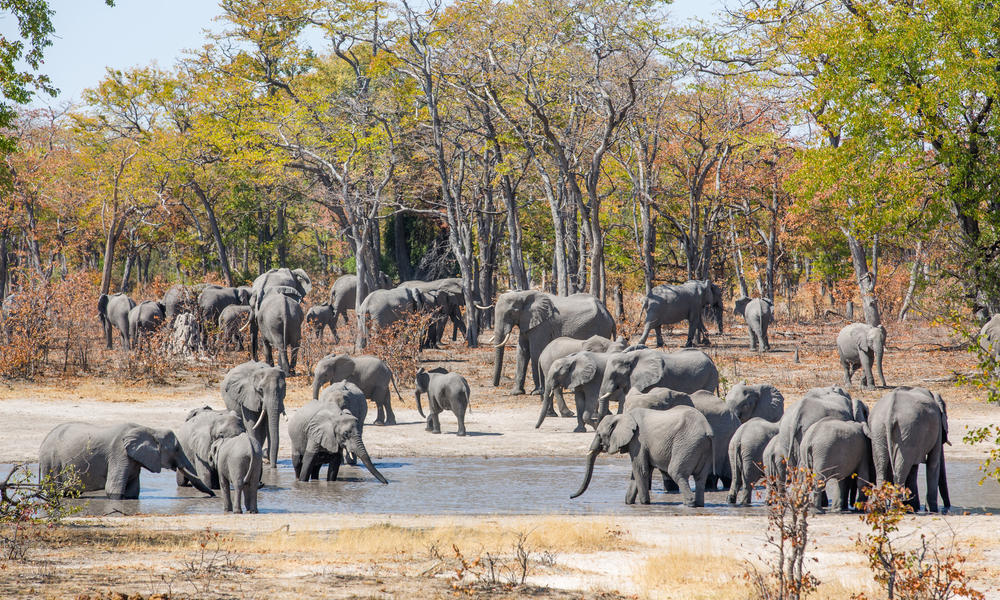 Elephants have been hit hard by a global poaching epidemic that’s emptying the planet of an array of wildlife. As many as 30,000 elephants are killed for their ivory each year. This senseless slaughter feeds a lucrative, global black market for ivory, which endangers the survival of entire elephant populations and the livelihoods of local communities, and helps finance criminal organizations that undermine national and regional security.

But in recent months, we have witnessed people and governments taking a stand for these remarkable animals – and making a tremendous impact. Last year, an unprecedented 1 million individuals signed a WWF petition in support of these laws proposed by the U.S. Fish and Wildlife Service. This year, several actions by numerous governments and organizations in support of elephant conservation have taken place.

In May, major international organizations sponsored a three-day conference in Kenya which brought together other UN agencies, donors, NGOs, academic experts and conservationist. The conference came in the wake of the recent burning of over 100 tons of elephant tusks and rhino horns by President Uhuru Kenyatta.

In June, the United States finalized the new regulations that will help shut down commercial ivory trade within its borders and stop wildlife crime overseas. This change in policy will make it much harder for delinquents to use the US as a central ground for illegal ivory trade. Additionally, this move also solidifies the U.S. role as a frontrunner in the fight to save elephants.

Just days after the US announced these new regulations, China announced that it will issue a timetable before the end of this year to close down its own domestic ivory trade. This move shows the historic joint commitment by Chinese President Xi Jinping and US President Barack Obama last September to take ‘timely and significant’ steps to end their domestic ivory markets.

And two weeks ago, the Singapore government also reacted by destroying nearly 8 tons of confiscated illegal ivory. Although this undoubtedly marks a symbolic event in support for the fight against the illegal trade of ivory, significant actions need to be taken to address the country’s stounding record as a transit point in the smuggling of ivory from Asia and Africa.

Thailand has also taken a stand by announcing the “Ivory Free Thailand” campaign lead by WildAid and WWF-Thailand and supported by internationally acclaimed martial arts actor Tony Jaa and national football team coach Kiatisuk “Zico” Senamuang. Its goal is to raise awareness among the Thai public that the local market is supporting the poaching of elephants in Africa and urge them to go “ivory free” and help cease this epidemic.

There is an undeniable global momentum in the fight to save elephants. China and the US are demonstrating outstanding leadership in this front and there is hope as other governments and entities take action to stop wildlife crime.