Growing Up in Awe of the Great Outdoors 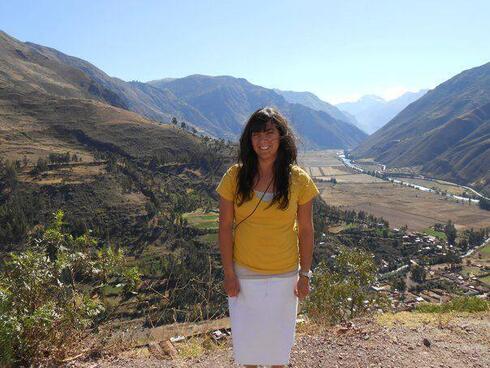 This content was created by faith-motivated youth like you and may not reflect WWF’s views. Tania Segura is a member of WWF's staff.

Creation enraptures me. The account in Genesis relates the story of a perfect world, a sort of utopia. Wild animals roamed the earth; there was peace between man and God, man and creation.

There was no death, no death of animal or human. A particular verse captures my attention, “And God said, ’Let the waters swarm with swarms of living creatures, and let birds fly above the earth across the expanse of the heavens...and God saw that it was good’” (Genesis 1:20). The earth was created to be filled with creatures. The Lord loves creation; he created it to reflect his glory so that his “invisible qualities” would be known by all.

I grew up in Eagle Pass, Texas, a small dusty town along the border of Texas and Mexico, the Rio Grande River on one side and miles of huisache (a type of thorny, shrubby acacia) and dirt on the other. It was and still is a rather small community—full of people with problems and lots of hope, just like many other communities around the world. Eagle Pass wasn’t utopia and the only ‘wild’ animals in our neighborhood were stray dogs. This place was and still is home in many ways.

As kids we would play in the brush behind the house. The wild scraggly trees proved to hold endless adventure. Our backyard seemed to go on forever. My parents still live in the same house I grew up in, and now I’m amazed at how small that yard actually is.

As I think about this, I wonder, what if everyone had the opportunity to see miles and miles of forested land, to see and hear the screeching calls of a birds and the odd but beautiful animals in their wild home, to stand on a mountain and look below at pure bright blue-green glacial waters, and have a view that went on forever. What if everyone had the chance to experience awe because creation was as God had intended?

The heavens declare the glory of God,

and the sky above proclaims his handiwork.

Day to day pours out speech,

and night to night reveals knowledge.

Senseless slaughtering of wildlife and stripping land of its resources for quick monetary gain doesn't reflect the glory or image of God. When we speak for the poor and those without a voice, we, speak up for Creation. Christ came to speak for the weak, the sick, the dying. As I try to be a good steward of our precious resources, I think about what it means to be a disciple of Christ and a protector of Creation, and I hope my actions in this life help maintain the sanctity of the gifts bestowed upon us.

WWF's Sacred Earth program works with religious leaders and faith communities who best articulate ethical and spiritual ideals around the sacred value of Earth and its diversity—and are committed to protecting it.