In Peru, pink river dolphins are tagged with transmitters for the first time 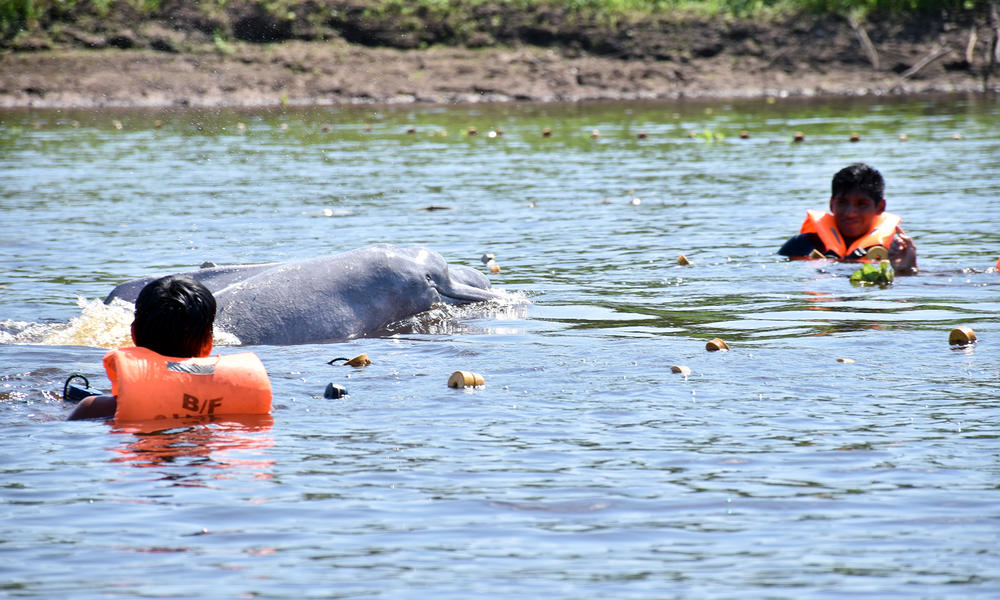 Though well-known for their unique coloring, pink river dolphins face an increasingly uncertain future. Water pollution, dam construction, and poaching—either targeted or as bycatch—seriously threaten these amazing creatures and the key role they play along their rivers. A lack of data about the population status and behavior of the dolphins makes tackling these threats even more difficult.

“Dolphins are like jaguars in the forest. As top predators, their population status is an indicator of the health of the rivers and ecosystems they inhabit,” says Jose Luis Mena, WWF Peru’s Science Director. “If the dolphins are doing well, all the other local species will also thrive.”

In order to learn more about the population status of this species, a scientific expedition set out to install satellite transmitters on pink river dolphins in Peru. This is the fourth expedition as part of the first-ever effort to tag river dolphins in the Amazon, building upon recent expeditions in Bolivia, Brazil, and Colombia. This time, a team of biologists, vets and geographers went deep into Peru’s northern Amazon-- one of the places with the highest density of freshwater dolphins in the world.

Led by WWF and its local partner ProDelphinus, the team worked jointly with local members of the 20 de Enero Community. Together, they were able to safely capture, study, and place transmitters on three male and one female dolphin.

With a little patience and a lot of care, citizens, guided by scientists, helped enclose dolphins with a fishing net and lead them onto stretchers outside of the water. From there, the examination process began, including blood and tissue sampling that will provide information about the dolphins’ health and diet. Finally, transmitters were placed on the dolphins and they were released back into the wild.

“We follow a strict protocol that prioritizes the welfare of the animals and its quick release back into the water, with the least possible discomfort,” says biologist Elizabeth Campbell, ProDelphinus Associate Researcher. “All the dolphins we tagged were safely released back into the river and we will now be able to see what they are doing on a daily basis, how they use their habitat, and even how climate change is impacting their home and behavior.”

Science and technology lead the way together

The data collected is of critical importance as Amazon rivers face rampant pressures from human encroachment and related infrastructure. It is more crucial than ever to understand these rivers dynamics, the biodiversity, and resources within them, and how to ensure their long-term continuity.

Dolphin monitoring is part of a comprehensive science and conservation strategy. The expedition in Peru is part of a regional initiative led by WWF with local partners in Bolivia, Brazil, Colombia, Ecuador, and Peru, which aims to tag 50 dolphins in total. Data collected will be used to design effective strategies that ensure healthy and free-flowing rivers throughout the entire Amazon. So far, almost 20 dolphins have been tagged across the region. 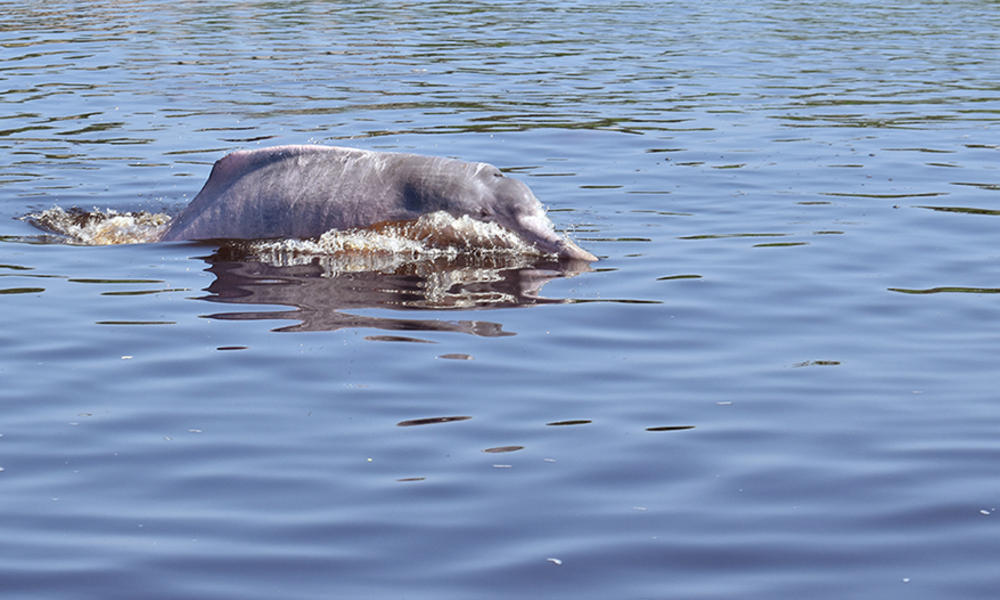 The pink dolphin holds the largest population worldwide.  Ensuring its conservation could also help inform efforts to save more endangered river dolphin species around the world. Successful satellite tagging provides WWF and its partners with a new way to monitor and gather important information about river dolphin behavior and habitats, which can create better conservation plans.

As science offers better tools to help this species survive, everyone must play their part—the private sector, government authorities, and local citizens—in order to ensure this iconic species remains as the friendly face representing the wealth of Amazon rivers to the eyes of the world.