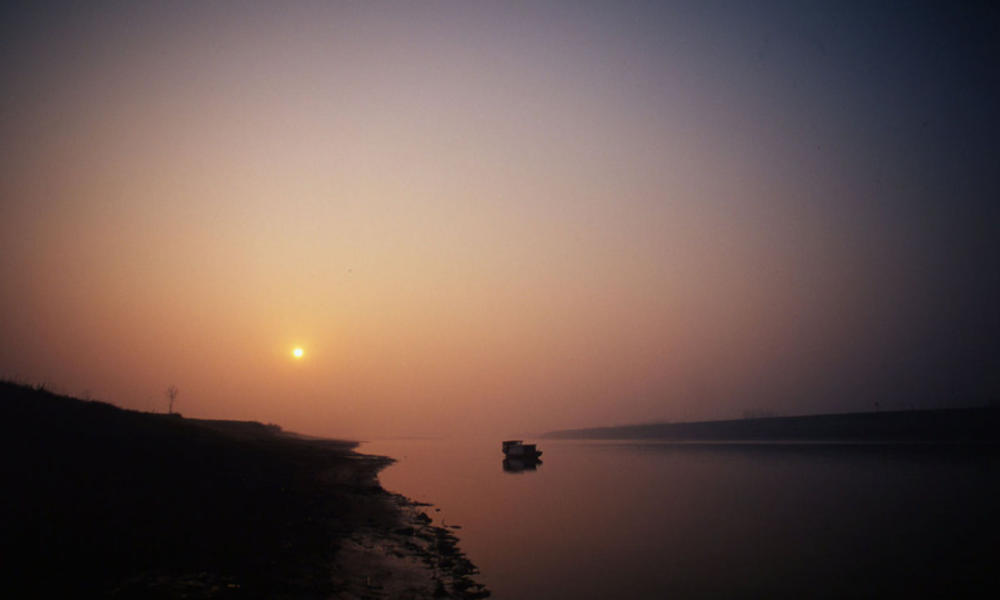 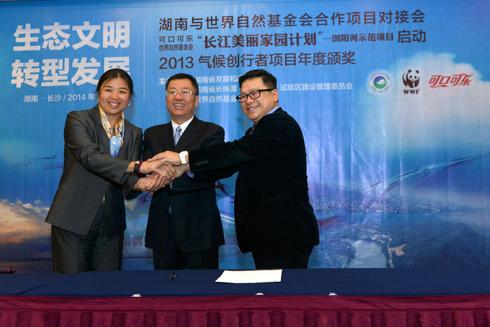 On January 14, WWF, The Coca-Cola Company and the Hunan Province in China announced a landmark partnership focused on the Liuyang tributary that will help ensure the Yangtze River, the third longest river in the world, becomes a healthy, resilient freshwater basin. Home to a variety of ecosystems and endangered species, the Yangtze is one of China’s most valued rivers. For thousands of years, people have used it for water, irrigation, sanitation, transportation, food and business, and millions of people continue to do so today.

Together, WWF, Coca-Cola and the Hunan provincial government will promote sustainable development in three key areas of the basin:

Each area holds significant cultural, economic and ecological importance to the region.

“This is where all of our goals come together.”

Of particular importance is the area where the Xiang River meets the Liuyang River, the main source of irrigation for the region and the namesake of an important national song celebrating the birth of Chairman Mao Zedong. Here, Coca-Cola and WWF will launch their first project as part of the Yangtze’s Water+ commitment.

The pilot projects, which will receive support from the Hunan provincial government, will demonstrate on-the-ground, sustainable river solutions that can serve as models for other projects in the region. They include a water conservation pilot at the source, sustainable tea production and community engagement pilots midstream, multi-stakeholder water stewardship pilots in the nearby industrial parks, and wetland conservation pilots throughout.

By 2016, the Liuyang River demonstration projects will result in shareable best practices; soon after, WWF, Coca-Cola and local authorities hope to spread the work to three to five additional rivers in the Yangtze River basin. The goal is to protect more than 500,000 acres of wetland habitats and secure safe drinking water for more than 5 million local citizens by 2018.

Bringing in additional partners is a key focus area for the Coca-Cola/WWF global partnership. Together, we aspire to convene extraordinary partners from government, academia, industry, civil society and the public to help solve shared global challenges. By involving additional partners, we hope to achieve greater scale as we catalyze action to value, and protect the planet’s natural resources.

The “golden triangle”—partnerships between public, private and NGO entities—are particularly valuable. As international businesses continue to realize their role in preserving and improving social and environmental impacts in the communities where they operate around the world, they're increasingly looking to governments and NGOs for their skills, resources and networks. Meanwhile, government and NGO agencies are looking for more efficient ways to maximize their tight budgets and capacities. When the three unite, the potential for positive change dramatically increases.

This formal collaboration in China is one such example. The memorandum of understanding (MoU), signed by WWF and the “Two-Oriented Committee” (TOC) of Hunan Province, recognizes the unique value WWF brings as the government develops its sustainability targets and processes, including for businesses like Coca-Cola that operate in the region.

It also targets top priorities for WWF’s work with Coca-Cola.

“This is where all of our goals come together,” says Judy Takats, Senior Program Officer at WWF. “By formalizing WWF’s relationship with the provincial government, we are involving additional partners to achieve greater impact and integrating the value of nature into public and private decision-making processes. By working directly with bottling partners and suppliers, the projects proposed under this partnership will more deeply engage Coca-Cola’s value chain. And through our successes, we hope to spark commitments from other businesses as well as consumers.”

Discover the wildlife and cultural treasures of Asia with a WWF tour and support our conservation work.