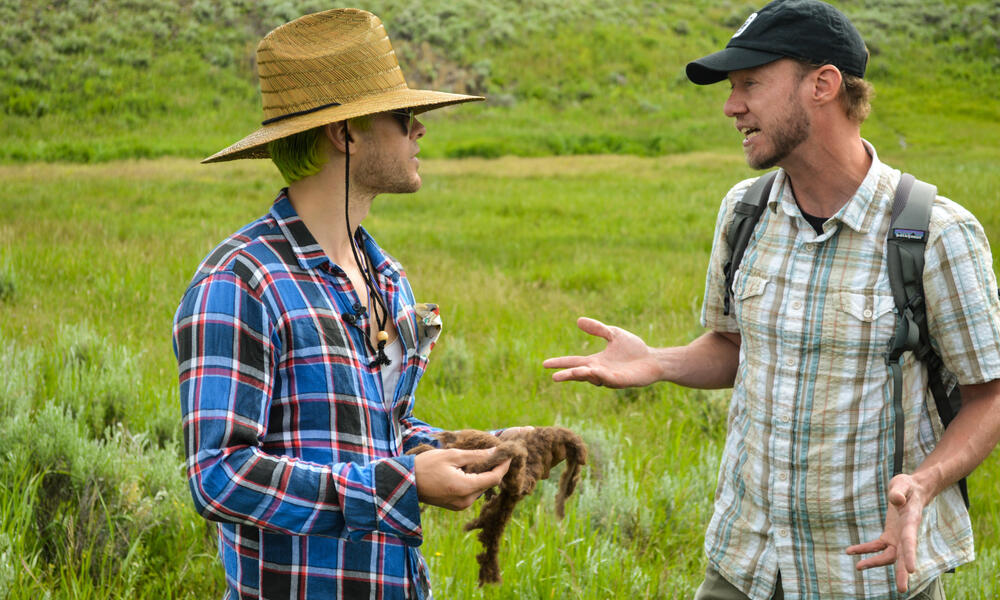 “Spending time in these sacred places always leaves me with an acute awareness of the power and beauty of nature and the importance to stop at nothing to protect both the wonder of the wilderness and the fragile ecosystem of its inhabitants.”

Leto was in the park filming his documentary project “The Great Wide Open,” which will bring together leaders in outdoor adventure, environmental and wildlife sciences, and other influencers to celebrate the beauty of America’s wilderness, and emphasize what needs to be done to protect it.

Bison conservation was the focus of Friday’s filming, as Yellowstone is home to the largest wild herd of bison in the United States. Yellowstone National Park’s Rick Wallen, lead bison biologist, opened the dialogue with a historical overview of the decline of bison and their recovery to date. Wallen stressed the important role that national parks and partners, like WWF, play in bison conservation. Jason Baldes, an Eastern Shoshone Tribal Bison Representative, talked with Leto at length about the significance of bison to his tribe from cultural, spiritual and economic perspectives.

One highlight of the Yellowstone visit was witnessing a herd of bison running across the grassy plains of the Lamar Valley. An astonishing sight, as these athletic creatures can reach speeds up to 40 MPH despite weighing up to 2,000 lbs.

When asked by Leto about WWF’s vision for bison, Dennis Jorgensen, WWF’s bison initiative coordinator, shared our goal to assist partners (tribes and National Parks) to establish herds of at least 1,000 bison on vast landscapes in the Northern Great Plains and achieve long-term recovery of the species. WWF supports efforts by tribal communities to engage their members in achieving ecologically, culturally and financially sustainable bison management on tribal lands with the goal of contributing to bison restoration, and improved health and prosperity of tribes in the future. Martha Kauffman, managing director of WWF’s Northern Great Plains program, noted the important role that grasslands play in sustaining bison, and that bison play in creating habitat for numerous other species. She also noted the major role that America’s grasslands play in people’s lives, storing carbon that regulates our climate, acting as a sponge for excess water that limits flooding, and keeping our water clean by filtering nutrients and sediment.

“Spending time in these sacred places always leaves me with an acute awareness of the power and beauty of nature and the importance to stop at nothing to protect both the wonder of the wilderness and the fragile ecosystem of its inhabitants,” Leto said. “We have taken much and it's our duty to make things right with what little is left.”