Learning to Live in Harmony with Asian Elephants 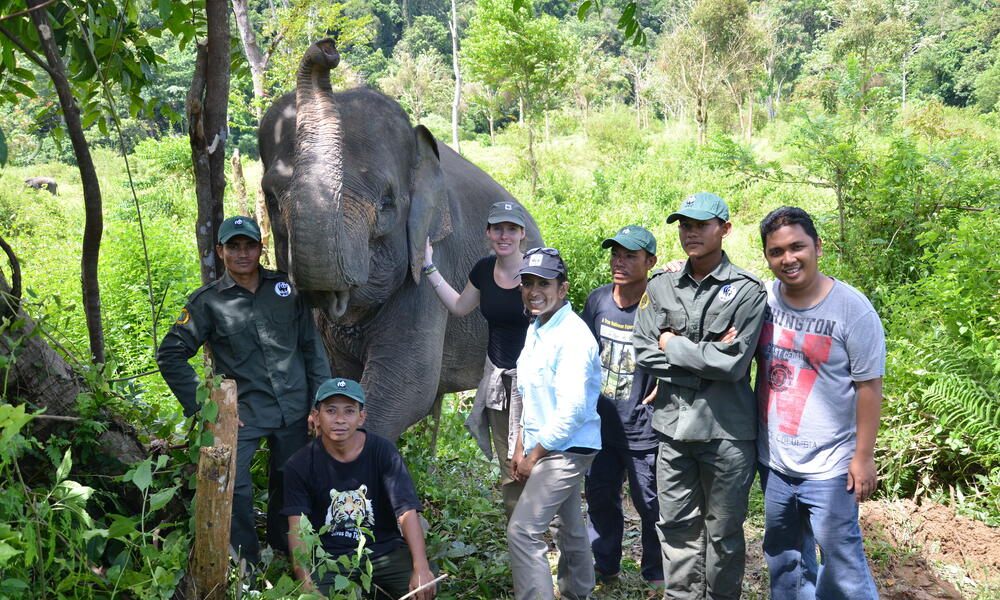 I am passionate about elephants. Conserving them and other species we share this world with is something I consider to be my life’s work. So on this, World Elephant day, I would like to share some insights into Asian elephants, the issues they face and why they need our help.

I grew up in Sri Lanka where, over time, the sociable, intelligent hulks wove their way into my heart. Asian elephants are not only the engineers of the ecosystems they live in; they are also deeply intertwined with the history and culture of countries like Sri Lanka.

But increasing human populations and the resulting need for land mean that they face an uncertain future across their range in Asia. Loss of their habitat—mostly to development that does not take elephants and other wildlife into account and encroachment of farm land into national parks and other protected areas—is bringing humans and wild elephants into closer contact than ever before. When confined to smaller areas, far-ranging species like elephants often run out of the space and food they need to live. They also encounter people more often, either as they travel along their historical migration routes or in search of food, and these interactions can end badly for one or both parties.

With farmers often planting crops in land adjacent or close to national parks and other wildlife areas, elephants have taken to raiding their crops for an easy meal. When this happens, they devastate the farmers’ property and source of income. This can also lead to the loss of life for both people and elephants.

WWF works in a number of countries in Asia to prevent and mitigate human-elephant conflict. In addition to monitoring elephant movement to understand where they travel, what they encounter and their habits as they pertain to crop raiding, we help communities employ a variety of methods to keep elephants out of human settlements and safe in the wild. This can include everything from building electric fencing to keep elephants out of farmland, to training crop protection squads from local villages to drive elephants out of their fields, to using trained elephants to deter wild elephants from entering settlements and farmland.

In India, WWF is using these and other techniques to protect both elephants and people. By erecting a solar-powered electric fence that the community is responsible for maintaining, WWF has been able to manage this conflict in seven villages in the western portion of the Terai Arc landscape in India. Since the project has been in effect, an area that had previously been abandoned due to constant elephant conflict is now being cultivated after many years. These tools and techniques benefit not only elephants, but the communities that live alongside them.

Protecting elephant habitat is essential to preventing human-elephant conflict. In some places, people have expanded their farmland into national parks. In places like Bukit Barisan Selatan National Park in Indonesia, WWF works with farmers encroaching on national park land to make their farmland outside the park more productive so they don’t feel the need to move into elephant habitat.

The key thing to remember is that there’s no silver bullet for mediating human-elephant conflict. We must consider a variety of components like tools, technologies and techniques, engaging local stakeholders to resolve issues and ensuring better land-use planning, among others, to prevent and mitigate this conflict.

By working together with local communities, governments and others, we can help save Asian elephants and support vibrant, thriving communities.