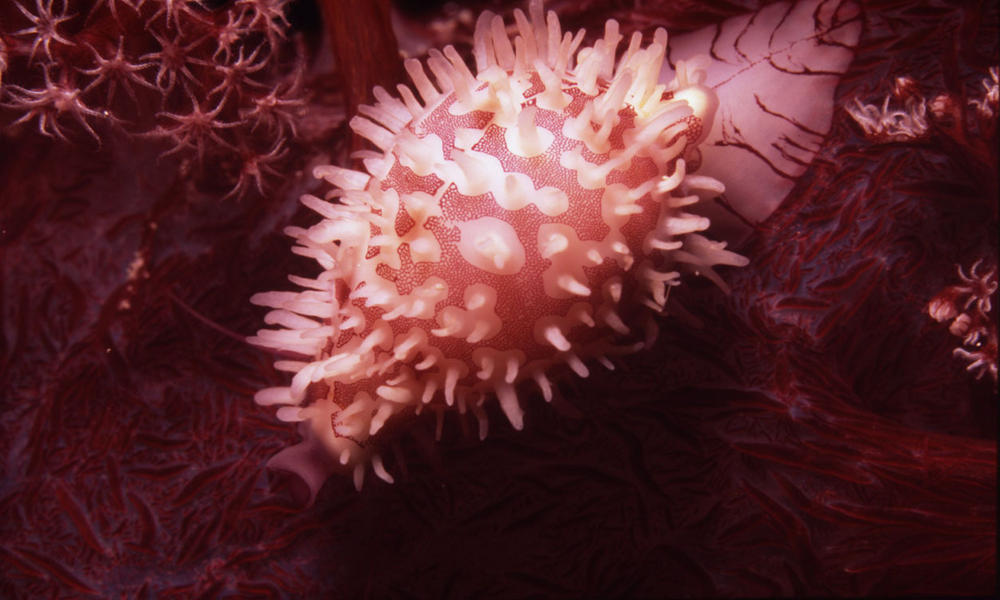 The ovulid sea snail boasts a remarkable ability to camouflage itself by taking on the appearance of its favorite food—corals. A new underwater survey by WWF and other scientists recently found at least 25 different species of these beautifully colored and patterned snails in an area of the Coral Triangle.

The two-and-a-half-week survey was part of a scientific expedition to explore the underwater world of Tun Mustapha Park—a proposed marine protected area. Lying off the northern coast of Malaysia, the park would cover nearly four thousand square miles (nearly the size of Connecticut).

In addition to stunning coral reefs, Tun Mustapha Park area is home to endangered dugongs and marine turtles and includes a major migration route for whales. Nearly 80,000 people from a diversity of ethnic groups inhabit the coastal region and rely on its marine resources.

An Urgent Need for Conservation

The scientific expedition, funded in part by the Coral Triangle Support Partnership, aimed to document the health of Tun Mustapha Park’s coral reefs and the diversity of species found there. The expedition also met with local communities to raise awareness about the park and the benefits such a protected area could provide.

The expedition also raised concerns as overall reef health was only fair to good, with less than ten percent of the reefs surveyed showing strong coral cover. There were signs of reef stress from overfishing and destructive fishing methods. Dynamite blasting was heard while they were diving—a practice used to easily obtain a quick catch of dead fish, but one that leaves behind mass destruction of broken corals.

Sharks and turtles—indicators of a healthy marine environment—were scarce. There were also low numbers of both commercial fishes and invertebrates, such as sea cucumbers and giant clams.

Such information on fish stocks has not been collected before and can now be used to protect fish nursery grounds (including yellowfin and skipjack tuna) and help declining stocks recover. The data from the expedition will also be used to inform park zoning plans that could impact the fragile coral reefs.

WWF has worked to help develop the Tun Mustapha Park’s management and conservation plans in order to ensure protection of its marine habitats and fisheries. The region holds countless marine treasures and this survey shows the critical need to manage such resources sustainably. By doing so, we can protect its rich diversity and provide sustainable fisheries for the future.