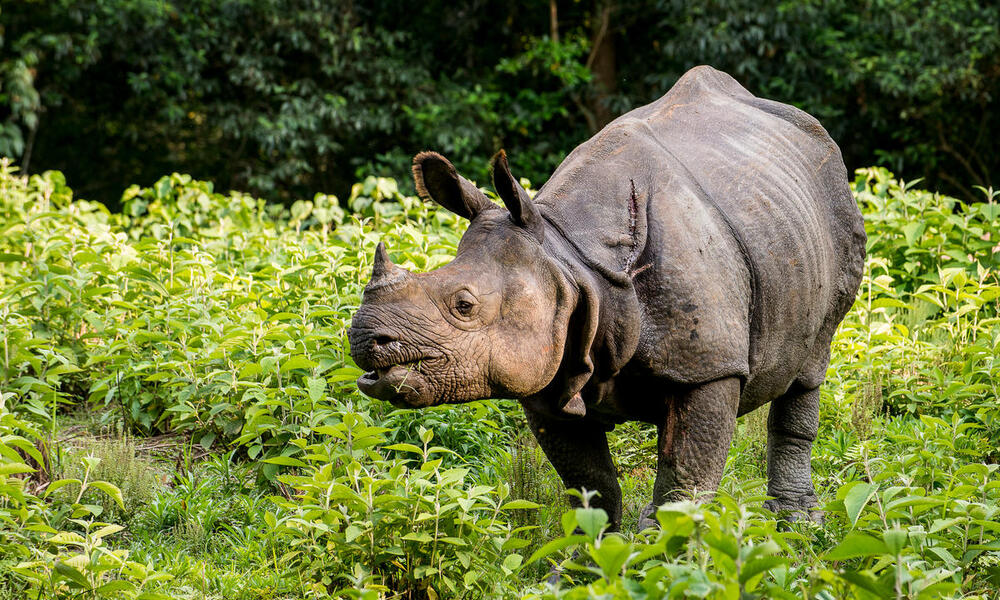 Greater one-horned rhinos are found only in Nepal and northeast India. Populations across their range were once down to around 200 individuals at the turn of the 20th century, but those numbers have now rebounded to a total of around 3,700 in both India and Nepal.

Nepal takes on the immense task of counting its rhinos every five years to monitor their status in the wild. The rhino count supports the assessment of management effectiveness in these regions and guides the nation’s rhino conservation strategy.

Population estimates are based on individual rhino information collected, categorized based on statistics such as sex, age group, and unique identifying features. During the process, trained personnel and technicians also collect data on habitat conditions, invasive species in the area, and human activities in the region.

“The overall growth in population size is indicative of ongoing protection and habitat management efforts by protected area authorities despite challenging contexts these past years,” said Ghana Gurung, country representative for WWF Nepal. “This achievement is yet another milestone in Nepal’s conservation journey showcasing the impact of concerted efforts of all stakeholders and providing the much-needed impetus to the global conservation community.”