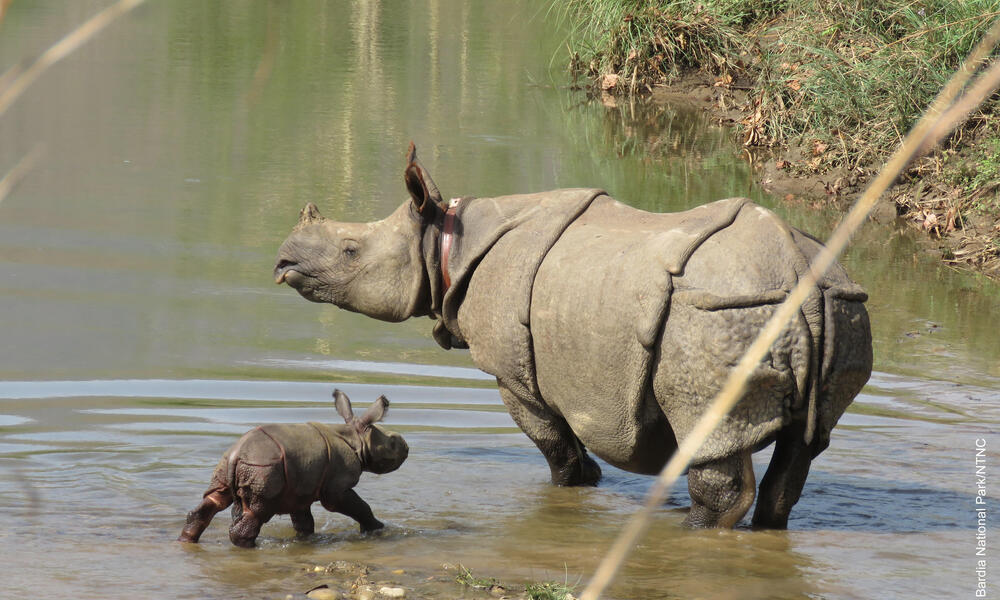 “This healthy calf, born to a recently-translocated female in the Babai Valley of Bardia National Park, Nepal, is a shining beacon of hope for greater one-horned rhinos.”

With immense pleasure, we’re welcoming the birth of one very special rhino in Nepal!

Moved from one national park to another earlier this year to establish new populations in areas where they used to exist, a rhino gave birth to the male calf on May 22—an encouraging sign that the mother is thriving in her new environment. Four other rhinos were also translocated with her in March.

“This healthy calf, born to a recently-translocated female in the Babai Valley of Bardia National Park, Nepal, is a shining beacon of hope for greater one-horned rhinos,” said Nilanga Jayasinghe, a program officer with WWF's wildlife conservation team.

Nepal’s Ministry of Forests and Soil Conservation with the support of WWF, National Trust for Nature Conservation, the Nepal Army, and local communities moved five rhinos—including the then-pregnant mom—from Chitwan National Park to Bardia National Park. The goal is to create a second viable population in the western part of the Terai Arc Landscape, a vital wildlife habitat that crosses both India and Nepal.

“With effective protection measures in place for the rhinos, protection for their habitat, and the establishment of new populations in historic range sites trough translocation efforts, we can ensure that their numbers continue to grow," Jayasinghe said. "This little male calf will, one day, contribute to the expansion of this new population that now, once again, calls the Babai Valley their home."