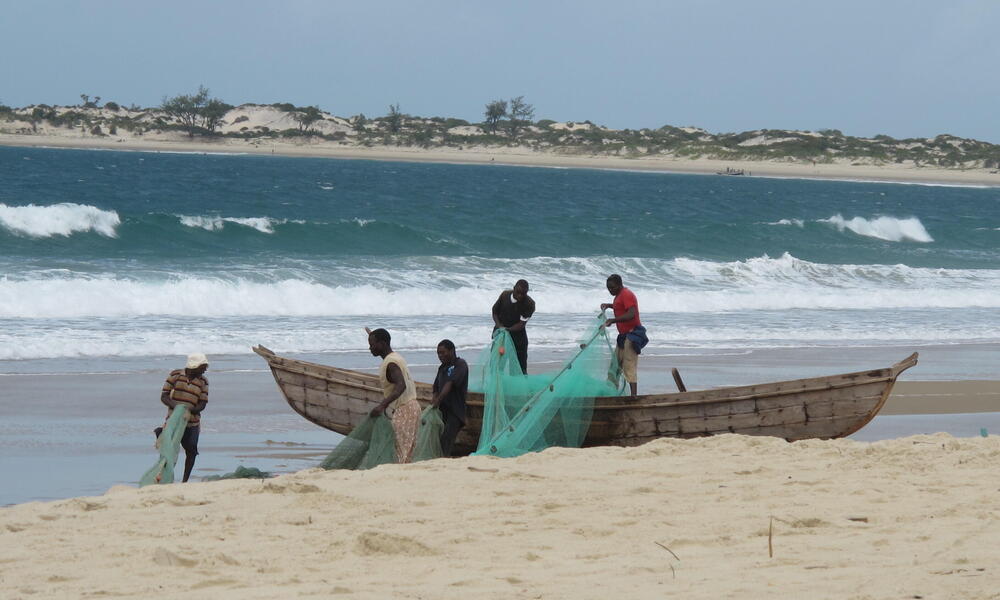 The Government of Mozambique announced today the creation of the second largest marine protected area in Africa. Made up of ten islands off the coast of northern Mozambique, this coastal marine reserve in the Primeiras and Segundas Archipelago will cover more than 4020 square miles and contains abundant coral and turtle species.

WWF has worked for eight years to secure this marine reserve. Located in between Nampula and Zambezia Provinces, the area is home to five of the world's seven marine turtle species, and is a key breeding site for  seabirds and marine turtles.

The Archipelago also includes the most robust and diverse coral community in Mozambique, if not in Africa. It is rich in mangroves, biologically diverse marine life, deep underwater canyons and large seagrass beds.

Due to cold nutrient-rich upwellings, the Archipelago is spared from coral bleaching—a common problem in other coral-rich areas—making these some of the most globally productive and important reefs for the planet’s future.

Some of the poorest fishing communities in Africa live alongside this biologically diverse area. The people of northern Mozambique depend daily on the area’s natural resources for food, shelter and livelihoods.

More than half the population now lives in extreme poverty and faces extreme food insecurity due to erosion, deforestation, periods of drought and soil infertility.

Additionally, the rich marine resources of the Archipelago have been overexploited by illegal industrial fishing fleets. Unauthorized tourism operations in many of the islands have caused significant ecological damage.

If both the terrestrial and marine resources in this area are managed in a sustainable way, they could provide the local population with food, income and employment for generations to come. The new marine reserve will help Mozambican communities and government in realizing this promise.

Primeiras and Segundas is an area where WWF is working with CARE through the Coastal Communities initiative of the CARE-WWF Alliance. We engage communities and partners at the local, national and regional level to secure a healthy marine ecosystem along the coast of East Africa.

Since 2008, we have worked with more than 10,000 coastal households that rely on fishing and farming for their livelihoods and results so far include:
• Developing marine sanctuaries to facilitate rebounding fish stocks
• Introducing new conservation agriculture techniques to increase productivity and ecosystem services
• Working with community associations to help them expand their access to markets and build income from fishing and agricultural activities

This initiative is just the beginning. The Alliance represents a 10-year commitment to realizing community-based natural resource management on a scale never before achieved.

The aim is to not only protect marine areas, but also sustainably manage the natural resources for the benefit and enhanced livelihoods of local coastal communities.