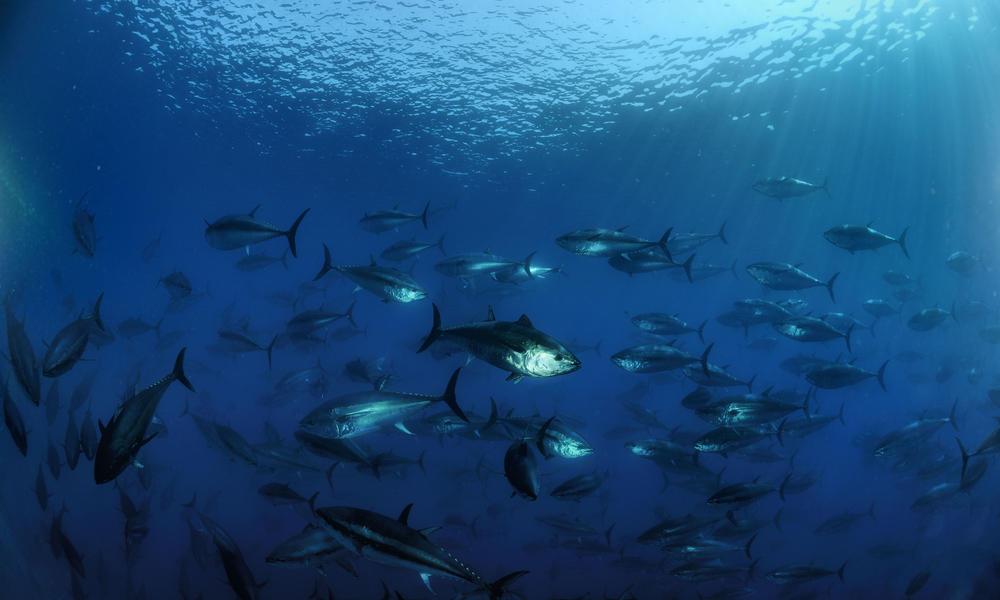 Fish are a significant source of protein in diets around the world. Americans alone consume an estimated 5 billion pounds of seafood a year. But can we trace the legality of our fish from bait to plate?

A new WWF report finds more than 85% of global fish stocks in our oceans are at significant risk of illegal, unreported and unregulated (IUU) fishing. Species affected by illegal fishing varies across the globe – from Bluefin tuna to mackerels, from snow crabs to shrimp, and hundreds of other species. And in several ocean areas, every single species of fish is at high or moderate risk to illegal fishing.

The report—Illegal Fishing: Which Fish are at Highest Risk—is a first-of-its-kind analysis of the most recent comprehensive estimates of IUU fishing combined with UN-based assessments of the health of fish stocks. It identifies IUU fishing as a serious threat to the sustainable management of fisheries worldwide.

Along with the findings of the report, WWF presented a petition to the Obama administration signed by more than 200,000 US citizens urging action to end illegal fishing for all species of fish worldwide.

While the US Government is working hard to combat black market fishing, a new proposal from the US National Ocean Council would require traceability for only a small number of fish species. Yet the WWF report underscores that illegal fishing is far reaching, and goes beyond a handful of species. A species-specific approach like the one proposed would mean the majority of illegally caught fish coming into the US will continue unchecked.

“The US imports more than 100 different wild-caught species of fish, and the vast majority are plagued by serious problems of illegality,” said WWF Vice President for Oceans Policy Michele Kuruc. “Such extensive illegality requires a comprehensive solution that protects all species, not just a few. The long-term viability of our planet’s fisheries and ocean ecosystems requires it.”

“The list of species proposed by the National Ocean Council would address only about 20 percent of the IUU import problem in America. While this would certainly be a very important step forward, it doesn’t get us where we ultimately need to be,” said Kuruc. “If we are serious about addressing this issue as a country, and I believe that we are, we have to require essential information on the legal origin of catches and traceability for all species that enter the US market.” 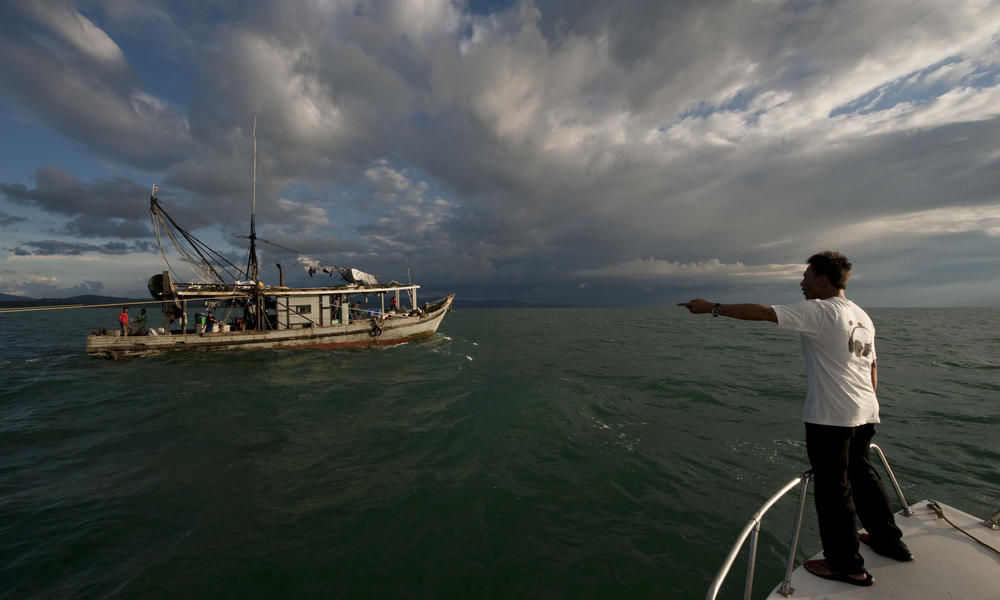 WWF-Malaysia staff member approaches and shouts a warning to a trawler too close to the coast.