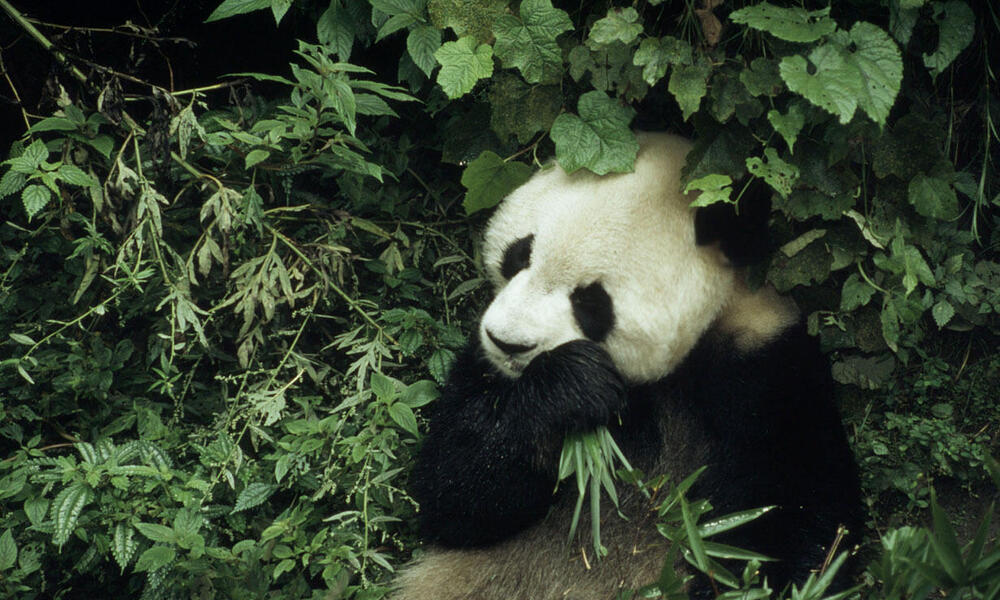 China’s Sichuan Province is famous for two gifts of nature—the iconic giant panda and a unique pepper that is one of the most important condiments in traditional Chinese cuisine. These two cultural icons may seem to have little in common but thanks to a new business model, peppers are now helping pandas.

It didn’t start out that way.

The sale of Sichuan pepper has long been a primary source of income for villagers living close to the Baodinggou Nature Reserve, which is home to 36 giant pandas and other endangered species. With most of the profit from pepper sales siphoned off by middlemen, locals were forced to make ends meet by collecting firewood and foraging for vegetables and medicinal plants from the wild.

As panda populations declined, the Chinese government took strict measures to protect the area and the forests became off-limits to communities. This led to growing resentment against conservation measures because locals were barred from an important supplement to their meager livelihoods.

From decades of experience, WWF knew conservation solutions must benefit both people and wildlife to succeed.

In 2007, WWF introduced the struggling village pepper association to Carrefour, the second-largest retailer in the world. A year later, WWF helped the association—which aimed to produce sustainably-grown Sichuan pepper and help pepper growers keep a greater portion of the profits—upgrade to become the Sichuan Mao County Pepper Cooperative.

Since 2010, the pepper from the region has become part of Carrefour’s direct purchasing system. One of the biggest projects of Carrefour in China, the initiative helps local farmers improve their incomes and enhances the freshness and traceability of Carrefour’s products.

To date, the cooperative has sold more than 90 tons of pepper to more than 116 Carrefour stores in 32 cities around China. The project has benefited more than 1,300 families in Mao County. On average, each family’s income has increased about 500 yuan annually, which is 20% of their annual cash income. The Mao County residents no longer need to worry about where and how to sell their pepper.

Positive Results for People and Pandas

WWF’s pepper project is a successful model for sustainable development in a biodiversity-rich landscape. Customers can buy good quality products and, at the same time, contribute to panda protection.

The farmer’s income security ensures the long-term protection of the giant panda’s home. The new environmentally friendly land use practices ensure sustainability so that the natural resources of the region will not be overexploited. It is also an example of the implementation of a good government policy that is supported by farmers, community organizations and businesses.

Through WWF’s holistic approach, people feel a spirit of optimism and cooperation, and the nearby panda populations have earned an improved chance to thrive.