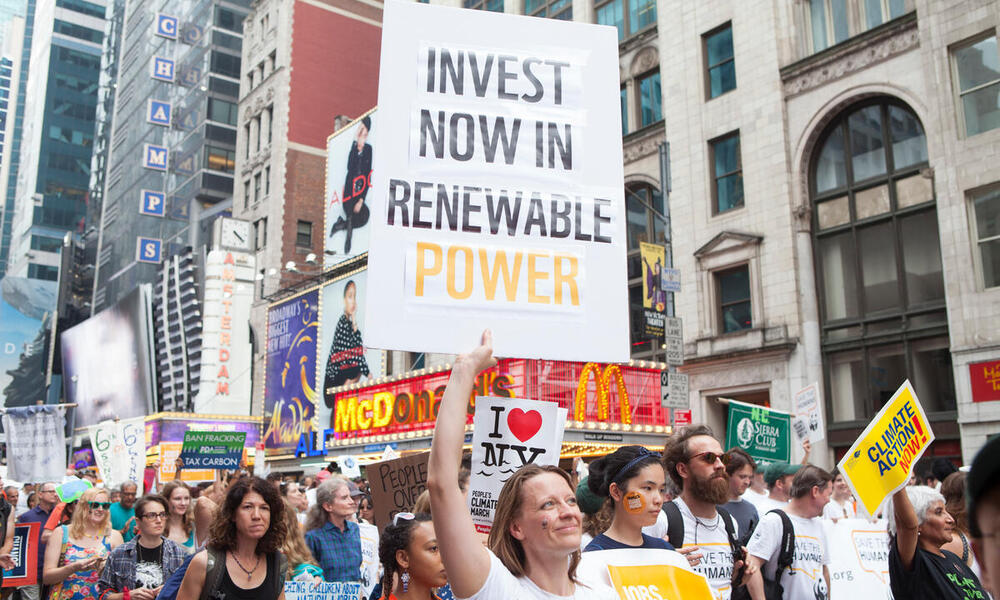 Eleven months ago, nearly 200 nations signed on to the first truly global agreement to curb climate change. And now that deal is officially entering into force. Known as the Paris Agreement, this unprecedented and essential plan aims to keep global warming to well below 2°C, or even 1.5°C. It represents a promise to the Earth—a promise to work urgently together to solve our global climate crisis.

The agreement's enactment marks an auspicious start to the next round of climate negotiations that will take place this month in Morocco. World leaders will work to turn the goals of the Paris Agreement into concrete action, and clarify the rules for how each country will implement the plan. They’ll also focus on ramping up short-term climate action to reduce the gap that still exists between countries' current pledges to address climate change and the rising levels of global emissions— a gap that gets wider by the day.

“Marrakech is about getting down to business, clarifying the Paris Agreement’s rules of engagement, and empowering governments, businesses, cities, and other sectors to make increasingly ambitious commitments,” said Manuel Pulgar-Vidal, leader of WWF International’s climate and energy practice. “We must leave these negotiations having a more solid framework, but knowing we already have all the power to create the world we need.”

In recent weeks, we’ve seen increasing momentum, with a promising wave of climate actions. Last month, countries first agreed to cap emissions from international aviation, and then to phase down the use of a super pollutant called hydrofluorocarbons found in refrigerators and air conditioners. These two decisions help close loopholes in the Paris Agreement. And now we have the agreement itself entering into force far more rapidly than anyone could have expected when it was signed just a year ago.

A path forward
There’s no doubt that we’ve already begun a transition to developing a low-carbon economy and climate resilient world, but to beat back the worst effects of climate change, we must increase our pace. The best chance we have to close the emissions gap is in the next few years. Just like with investments, emissions cuts we make today will yield higher dividends 30 years from now than those we put off until a later date. That means it’s on all of us to look for solutions that go beyond domestic policy and for all available opportunities to collaborate between cities, businesses, communities, faith groups, and governments.

We’ve come a long way in our efforts to address climate change, and the enactment of the Paris Agreement is a pivotal moment in time. The countries of the world agreed in Paris on what needs to done, and Marrakech is where the rubber needs to hit the road. Let’s urge global leaders to continue the fight to keep the planet and all who call it home healthy and safe.