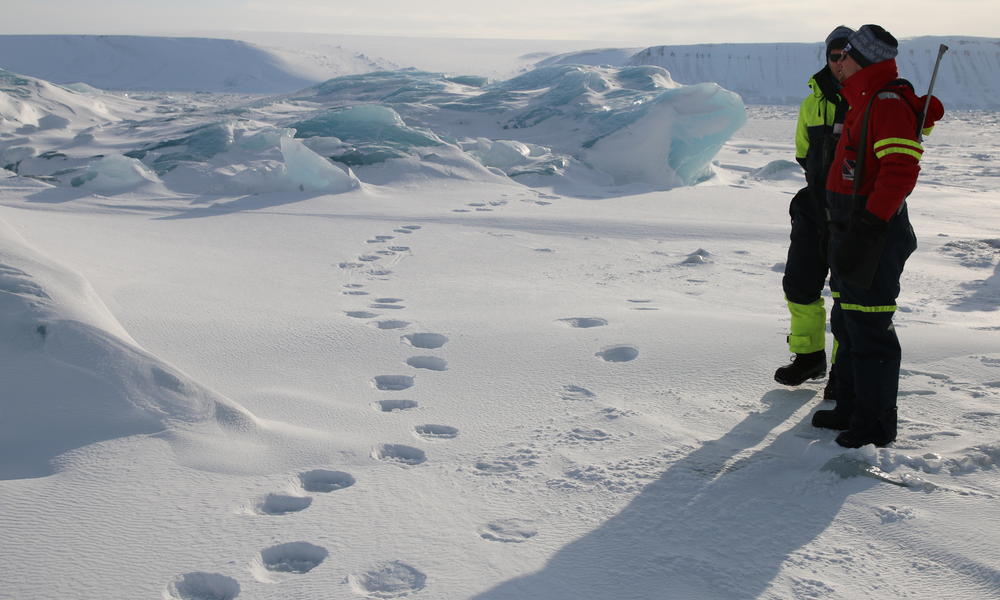 Snow taken from a track left by a polar bear revealed an entire story about that particular individual. An innovative new technique not only isolated DNA from a polar bear footprint it also provided DNA from the bear’s most recent meal of seal and a gull that was seen hovering over the site.

All it took were two tiny scoops of snow from its footprint during a WWF-Canon and Norwegian Polar Institute expedition to Svalbard, Norway, earlier this year. WWF worked with scientists at SPYGEN, a DNA specialist firm, to pioneer this innovative tool that could prove valuable for conservation biology.

“As a science-based conservation organization, WWF is thrilled to be part of this breakthrough,” says Arnaud Lyet of WWF. “This technology has the potential to really contribute to wildlife research and monitoring, making it accurate and cost-effective.”

From here, the team aims to further refine its analysis of the bear DNA so it can learn more about the animal. It also intends to see if it can apply the method to other rare or difficult-to-access wildlife.