Polar Bears Waiting at the Edge 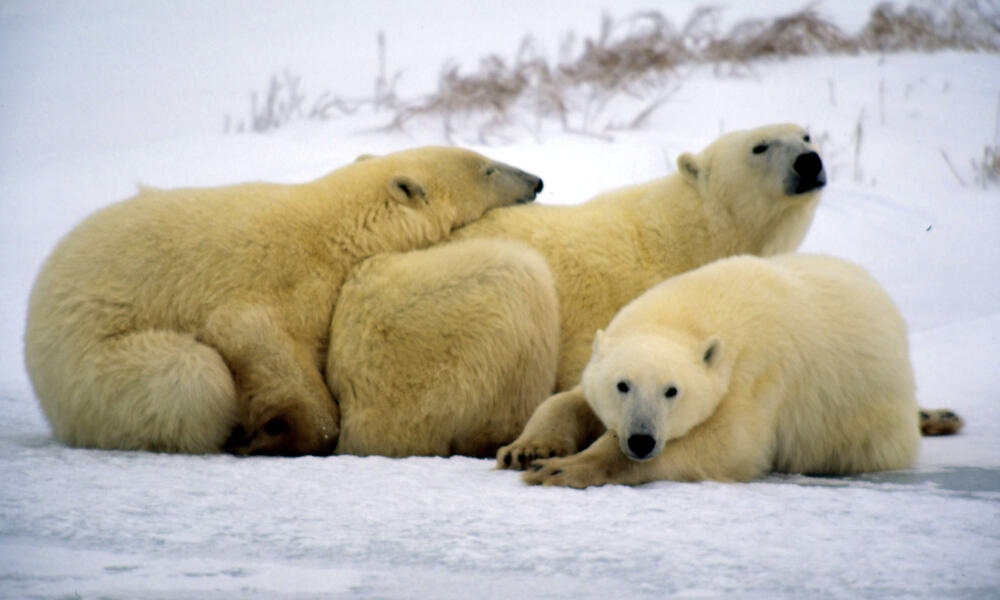 Near Churchill, on the edge of Canada’s Hudson Bay, large numbers of polar bears are gathering right now, waiting for the ice to form. You can see mother bears snuggling with cubs, young males wrestling with each other, and large solitary bears ambling across the tundra.

This polar bear spectacle is part of their annual migration back out onto the sea ice, where they can finally hunt seals again after summer’s long fast.

Unfortunately, in recent years this group of bears has been facing longer ice-free seasons. Many now suffer from malnutrition and others face starvation—especially females with cubs.

In December, another group will be gathering in Russia. This one is made up of people, however, and they will be meeting to talk about the future of these bears and the global population as a whole.

The International Forum on the Conservation of Polar Bears will bring together representatives from polar bear range countries, along with scientists, members of indigenous communities, WWF and other conservation leaders.

Forty years ago the range countries signed an agreement on polar bear conservation. Thanks to their forward-thinking commitments, several bear populations have stabilized and largely recovered from the historic threat of over-harvest.

The range countries now have the opportunity to take action before polar bear habitat is irreparably changed. Effective conservation is only possible, though, with commitments to adequate management and habitat protection.

WWF will be attending the forum and urging these governments to make firm commitments and to see them through to action. We would like to see them complete a global conservation plan, cooperate on critical research into polar bear population status and habitat requirements, and to also collaborate with indigenous peoples, the international community, corporations, and other organizations to make this work a reality.

Add your voice to secure a future for polar bears.

Travel to See Polar Bears in the Wild

Visit the "polar bear capital of the world" and get up-close to polar bears in their natural habitat on a WWF Tour.