Protecting a Turtle Paradise in Indonesia 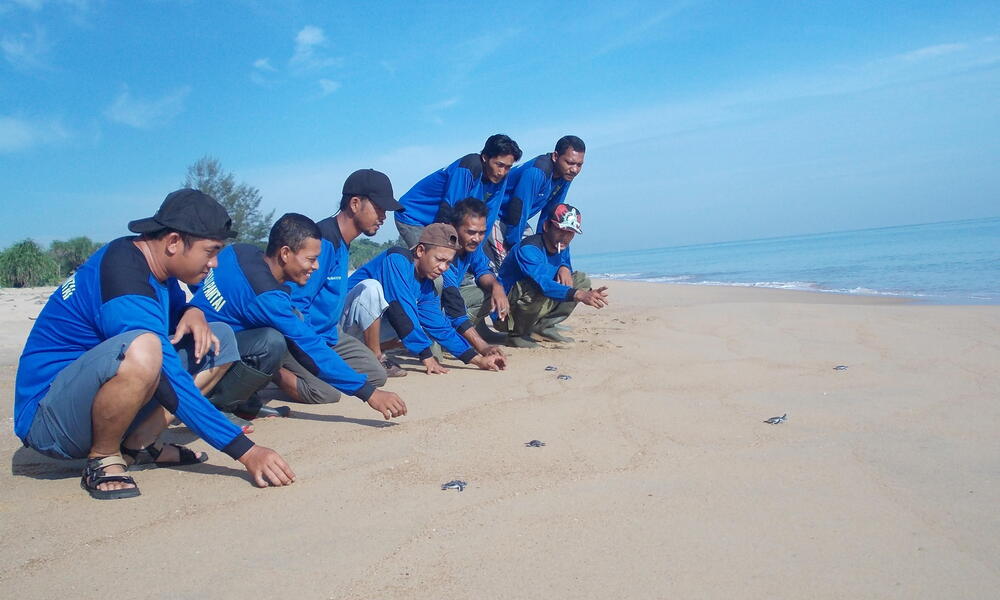 Within Indonesia’s West Kalimantan province on the island of Borneo lies a long stretch of sandy beach that is very important to marine turtles. Thousands of endangered green and critically endangered hawksbill turtles come ashore and use this beach for nesting.

Despite the critical importance of this wildlife habitat, no protections exist, leaving the nesting activities completely vulnerable to beach traffic and coastal development. The biggest threat to the turtles, however, has been the decades of egg poaching by locals, who can turn a high profit from illegal trade across the border with Malaysia. In 2009 and 2010, WWF discovered that out of 2,146 nests, more than 95 percent were lost to poachers.

Our monitoring efforts confirmed the seriousness of the poaching threat. In 2011 WWF started a local campaign to protect the turtle nests. We educated people about the problem with egg poaching and trained them on how to monitor nests themselves. As a result, 27 members of local villages came together to form an anti-poaching patrol team. They also received training from local law enforcement agencies.

At the end of the 2011 turtle nesting season, the rate of egg poaching had dropped significantly (to only 25 percent) and in 2012 it continued to decline. Such a reduction in poaching shows how effective the community patrol has been and the importance of involving the local community in conservation efforts. WWF will continue to support these beach patrol activities and work on obtaining protective status for the area.