Footage of a tiger and her playful cubs caught by a WWF camera trap is the first video evidence of wild Amur tigers in China. The footage was captured almost 20 miles from the Russian border late last year. In the past, tiger footprints were the only indicators of Amur tigers in China.

The distance from the Russian border is significant as the cubs would not have been able to travel so far on their own. From their location, we know they were raised inside China.

Amur tigers, also known as Siberian tigers, were once found throughout northern China, the Russian Far East and the Korean peninsula. By the 1940s, hunting had driven them to the brink of extinction—with no more than 40 individuals remaining in the wild. Russia was the first country to grant the tiger full protection, saving the subspecies and bringing today's global population to about 400 individuals with the majority living in Russia and at least 18-20 adult individuals in the border areas of China.

The new footage of the tiger family is the result of decades of conservation work aimed at establishing a breeding Amur tiger population in China. WWF's Amur Tiger Conservation Plan designated China's combined Wangqing-Hunchun-Suiyang-Dongning Area as a priority zone for wild tiger conservation in 2010.

Conservation projects in the area include the reintroduction of tiger prey and maintenance of forest corridors to allow tigers to move freely. WWF's work in the region is strongly supported by the Jilin Provincial Forestry Department. WWF is working with all tiger countries to achieve Tx2—the goal of doubling the wild tiger population by 2022, the next Chinese Year of the Tiger. 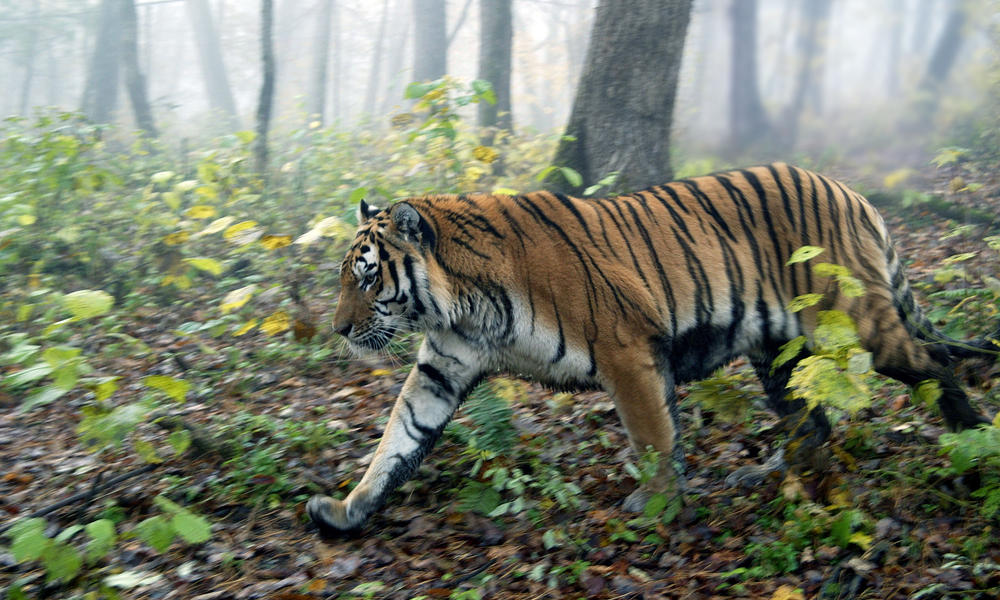 Most Amur tigers, including the one pictured above, live in Russia. But at least 18-20 adult individuals reside within the border areas of China.