Record Low for Winter Sea Ice in the Arctic 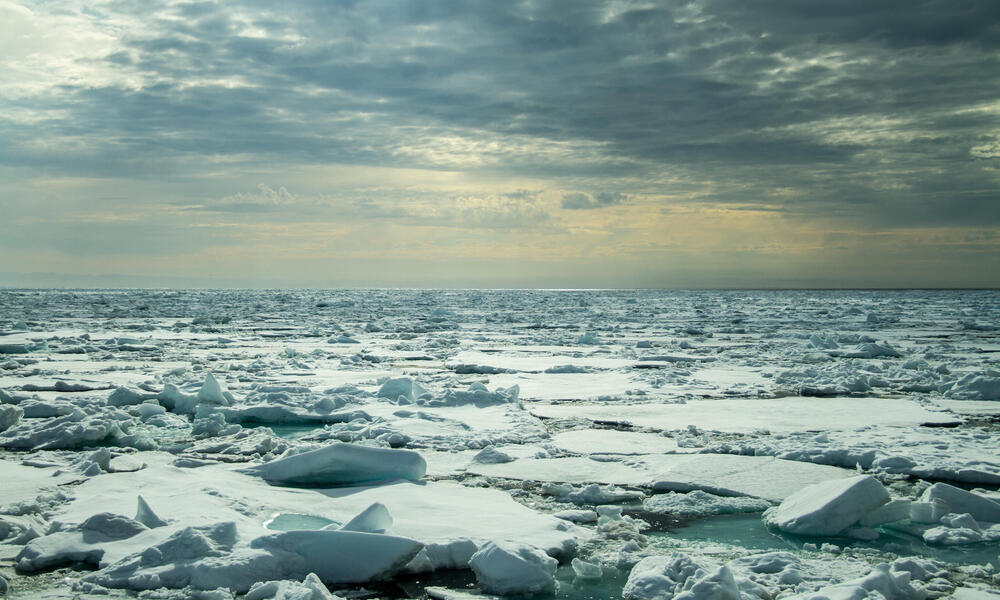 Following the Earth's warmest year since records began in 1880, Arctic sea ice has shrunk to its lowest winter extent recorded. This loss of sea ice is estimated to be nearly 174,000 square miles as compared to previous years and represents an area larger in size than the State of California.

This record measurement is a sign of thin, slow-growing ice. In the summer months, sea ice in the Arctic melts, reaching its "smallest extent" in September. These waters then refreeze through winter, where the US National Snow and Ice Data Center tracks the rebound of sea ice to its "largest extent" in March. 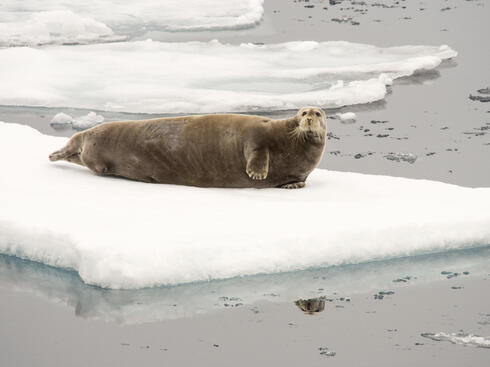 With less ice available to reflect the sun’s heat, more warmth is absorbed by the darker open waters of the Arctic Ocean and melts the remaining ice more quickly. Thin ice is also particularly susceptible to melting, and the proportion of thick, multi-year ice in this region is dwindling. A recent study showed that Arctic sea ice has thinned by 65 percent since 1975.

“Today’s news is not only about record low levels of winter Arctic sea ice, it’s about the unraveling of the Arctic and the impact of climate change on the wildlife and people that call the region home," said Margaret Williams, WWF Managing Director of Arctic Programs. “This is yet another signal that bold leadership is needed to address the climate crisis. As the US assumes chairmanship of the Arctic Council next month, we need a vision that redefines business-as-usual in the rapidly changing Arctic—one that embraces renewable energy, sustainable development and healthy communities.”

These impacts together could mean the Arctic faces an even warmer year ahead, affecting weather patterns globally.

Effects on Species and People

An enormous web of life depends on Arctic sea ice, as is acts as a seasonal refuge for many species that feed and rest as they migrate the vibrant marine waters. Species from walrus, narwhal, and polar bears to seals and beluga whales all depend on the ice. The sea ice is also critical for the coastal indigenous communities whose cultures and food security are reliant on the sea ice and its biodiversity.

As the US takes over the chair of the Arctic Council in late April, it is important that steps are taken to create a network of resilient marine areas in this region. WWF and partners have identified those special places that will be increasingly important in a future with less ice. These areas should be protected from unsustainable activities, such as oil and gas development and shipping, both of which are increasing in the region as more of the Arctic Ocean opens up as sea ice diminishes.

Make a symbolic narwhal adoption to help save some of the world's most endangered animals from extinction and support WWF's conservation efforts.