This piece was originally published by WWF-Asia Pacific's Ocean Witness.

A member of the Bajo tribe of Indonesia, a traditional fishing group leader, and a member of the ranger partner community of Wakatobi National Park, meet our next Ocean Witness: Hartono.

As a part of the Bajo people, a seafaring tribe from Indonesia and the Philippines that lives off the ocean, Hartono spends most of his time on the water. As a fisherman, he’s witnessing how damaging illegal fishing practices have become to the marine environment. Committed to advocating for the ocean’s well-being, Hartono is the leader of sustainable fishing group Sanggeh Kami. He is also a member of the Ranger Partner community of Wakatobi National Park where he deals with people practicing illegal, destructive fishing methods. Although this job doesn’t come without risk, Hartono is adamant to protect his waters.

What is your earliest memory of the ocean?

In 1988, when I was still in school, I used to tag along with my father, who had been a fisherman since forever. Together, we would go to the sea at night to catch fish. He is the one who taught me how to fish, and I became a fisherman myself at the age of 19. I remember how easy it was back then to catch large amounts of fish; from the time I was in elementary school up until junior high, I witnessed fish in abundance in the Wakatobi waters.

What does the ocean mean to you today?

I am part of the Bajo tribe, which historically originates from a nomadic, seafaring people from the Philippines and Indonesia, living off the sea by trading and subsistence fishing. So, as a Bajo from Wakatobi, the sea is part of our lives. According to the stories passed down from generation to generation, the Bajo people have relatives in the ocean, known as the elder brothers. Our lives rely on the ocean, we consider the ocean as our source of life; it is all thanks to ocean, that I was able to build a house and that I can save for the future of my family. 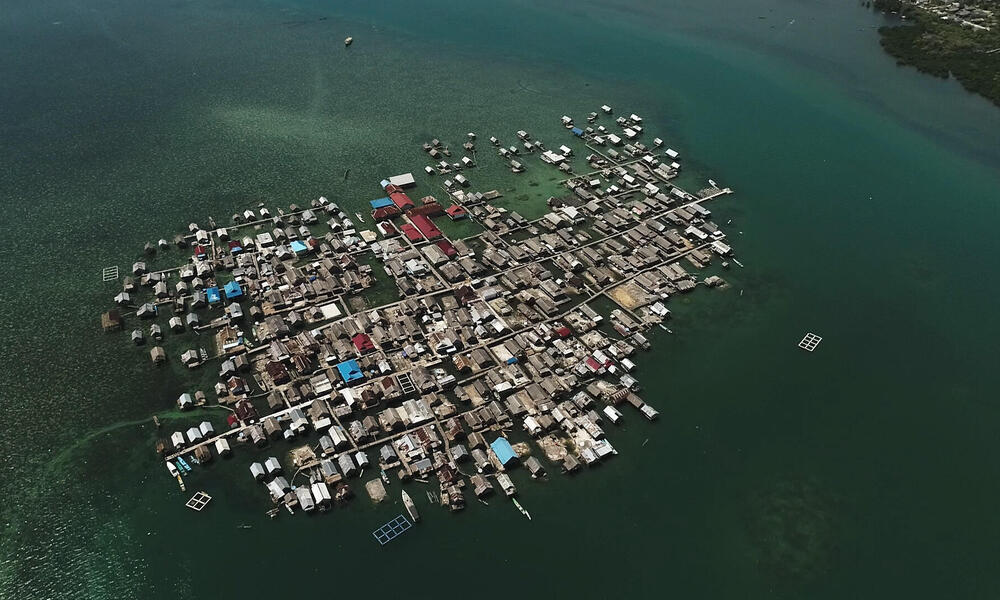 What changes in the ocean have you and the Bajo people witnessed?

Before illegal fishing became a common practice between 2007 and 2010, it was easy to take home a plenitude of fish using kedo-kedo gear. This fishing gear is made of strings connected to a hook, with colorful fishing bait. The name kedo-kedo refers to the way you jolt the string containing the colorful bait, to attract fish. This is actually the most environmentally friendly, non-destructive fishing gear as it allows you to selectively choose the fish to be caught. It’s just strings, bait, and hook. I was able to catch 22-33 pounds of fish per day, just with the traditional fishing gear.

Today, the number of fishermen in the area has increased significantly. We are also dealing with the use of destructive fishing methods, such as fishing with poison, a practice that is actually prohibited by the government. These two factors very much compromise our catch; it’s definitely not as it used to be in 2007 anymore.

How do these changes affect you?

Before I understood the importance of taking care of the ocean, I practiced illegal fishing myself. Once, I poisoned fish using potassium cyanide (a highly poisonous, soluble chemical substance), so the fish would float to the surface of the water. However, noticing the changes in the ocean – isolated fishing grounds, fewer fish – I realized that unsustainable fishing methods are depleting our fishery resources. This convinced me to start practicing sustainable fishing, and I hope more fishermen will do so too.

And how do you help make a positive change in the ocean's well-being?

As a member of the Community Watch Group and the Ranger Partner Community, I’m committed to protecting the ocean through more responsible fishing. With the issues that the we are facing, we have a long road ahead. For example, when I became a member of the Community Watch Group, I was assigned by the Marine and Fisheries Agency under an official government decree. Nevertheless, the people practicing destructive fishing methods against government regulations (the practices we have to monitor) still undermined me. 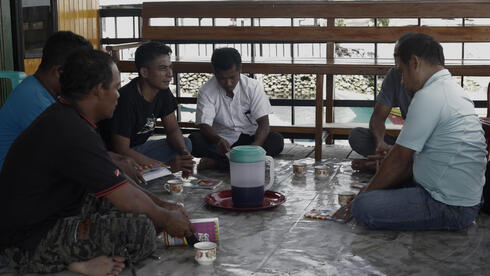 So, it’s extremely important to set the right example to those who aren’t aware of the negative consequences yet. That’s why I was dedicated to assemble a of the fishermen who are committed to responsible fishing; our Sanggeh Kami Group. From the very beginning, all members of our group were very close and that’s why I picked the name Sanggeh Kami: it is derived from Bajo language and means family. While we started with 7 people, we now count 14 members. More fishermen joined because they are interested in kedo-kedo, the traditional and environmentally friendly fishing method that we use.

We sell our fish to UD Pulau Mas, a company that only accepts fish of a certain size: they must weigh at least 600 grams. We only catch fish of this minimum size to give the fish a chance to fully grow and a chance to breed, so that we can maintain healthy fish stocks. As a group of fishermen, we have learned how to support each other – we are strong when we stand together. We also established rules and guidelines for members, hold regular meetings, and learn how to improve our work and make this group grow.

And what else can we do to help preserve the ocean, in your opinion?

Every fisherman should have the same attitude of love and respect for the ocean. And all stakeholders, not only us, should work hand in hand in protecting the ocean. Together. Personally, as part of this National Park Ranger Community, I hope fighters in the field, like us, would get more education and motivation to continue our work. I hope our team will grow bigger and that more fishermen will commit to patrol the ocean and help more people to understand the importance of taking care of our source of life, the ocean.

In 2023, what does the ocean look like according to you?

I hope to give my grandchildren the ocean of my childhood, an ocean with a lot of fish and healthy coral reef. I’m optimistic! 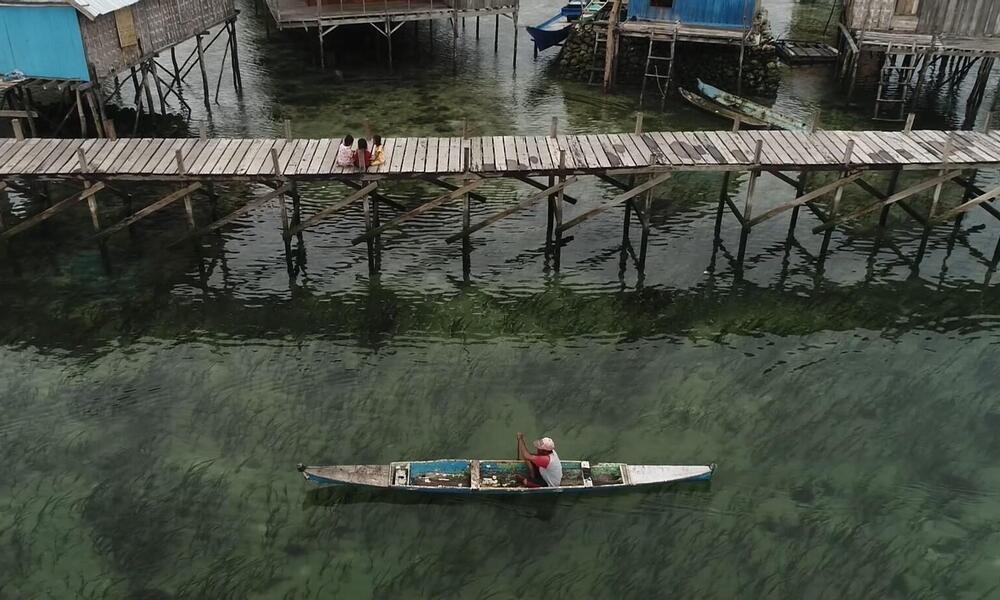