Restoring Asia's roar: 12 ways tigers made a comeback in 12 years 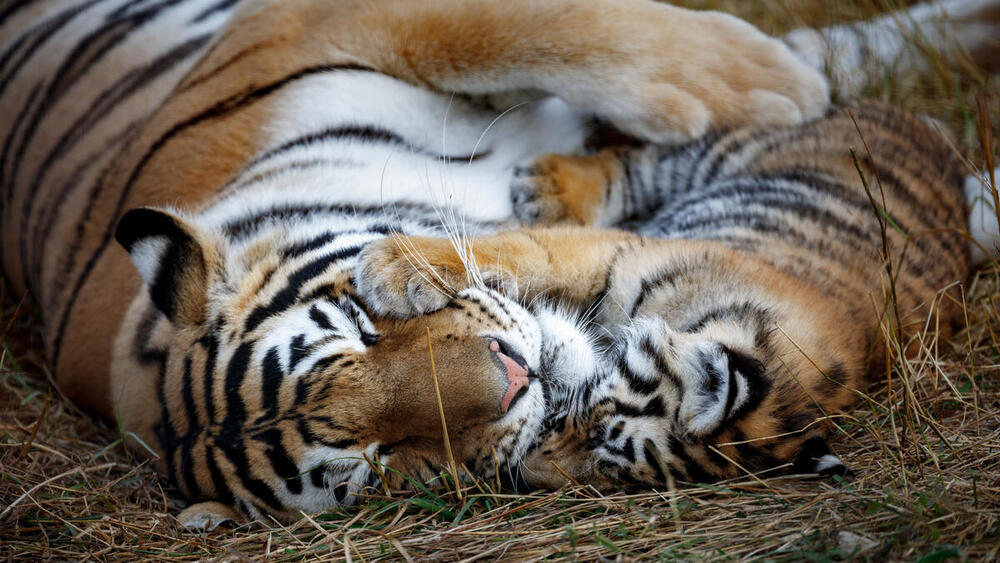 More than a decade ago, countries with wild tigers committed to doubling the big cat’s numbers—an effort known as TX2—by 2022, the next Year of the Tiger. Each country’s journey towards TX2 has been different, but tiger populations are now increasing in some of the countries with the most wild tigers: India, Nepal, Bhutan, and Russia.

From community support to strong political will, here are 12 ways tiger range countries have been working to restore Asia's roar over the last 12 years.

Countries that have seen an increase in tiger numbers have worked hard to connect their tiger habitat and allow tigers to move freely and safely across landscapes. In the Russian Far East lies the Land of the Leopard National Park, a protected area and wildlife corridor, tiger numbers tripled after a decade of conservation efforts and the connectivity has enabled tigers to move between both Russia and China.

WWF approaches conservation in Nepal by partnering with local people who depend heavily on forests to become resource managers, beneficiaries, and stewards of the forests in which they live. Nepal’s Khata Corridor has recovered from just 284 acres to 9,390 acres thanks to the efforts of the local community. The functional corridor is also home to tigers which are free to roam between the forests of Nepal and India. 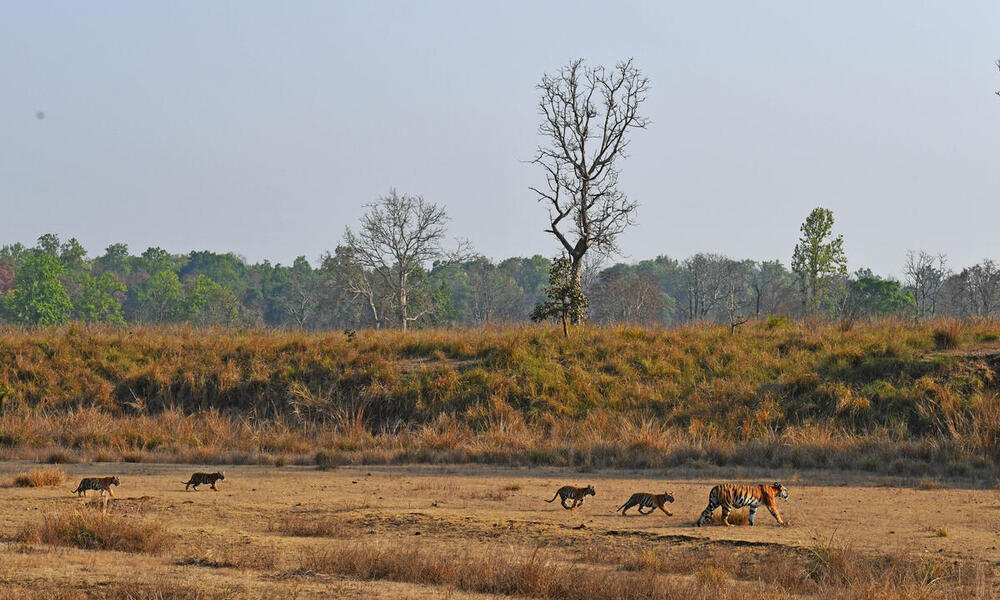 3. Tackling the illegal trade of tigers, their parts, and products

Combating the illegal tiger trade requires close cooperation of relevant law enforcement agencies within and between countries throughout the trade chain, from the source, through transit, to consumption. WWF and TRAFFIC have worked to facilitate government-led cooperation to break the India-China-Nepal tiger trade chain through improved cross-border wildlife law enforcement and coordination. This strategic approach has resulted in an enhanced regional capacity of people working in protected areas, police, and other enforcement agencies to counter poaching and trade in tiger parts and products, as well as garnering political support for tiger conservation.

As tiger populations have recovered, researchers have started seeing them in new areas. In 2020 in Nepal, the record for a tiger sighted at the highest altitude was broken twice, creating excitement about the prospect of tigers claiming new ground. The second high-altitude sighting increased the known tiger range in eastern Nepal by an incredible 124 miles. This is credited to the remarkable efforts of the government and communities in tiger landscapes over the last decade. We must expand the tiger's range to avoid losing any fragile progress.

There appeared to be little hope for tigers in the west of India’s Rajaji Tiger Reserve until an effort to reintroduce new tigers to the area launched in 2020. There had been no signs of breeding in the reserve since 2006 and this process aims to change that. The plan is to translocate five adult tigers initially, and, as of January 2021, two tigers have been relocated from the Corbett Tiger Reserve to Rajaji Tiger Reserve.

Kazakhstan lost all of its tigers over 70 years ago. A landmark effort is underway to return this iconic big cat to the country by 2025, starting with preparing habitat and building populations of prey species and ending with the reintroduction of tigers and monitoring. The country’s Ile-Balkhash Reserve has the capacity to support 120 tigers.

SMART Patrol app is a conservation tool that is used worldwide and supports rangers in their efforts to protect wildlife from poachers and other threats. Data such as wildlife sightings and illegal activity are logged through the SMART app and are then used to help rangers adapt their patrols based on the location of threats. Thanks to the help of SMART and other conservation measures, tiger numbers in Bhutan’s Royal Manas National Park have doubled since 2012.

Tigers live in some of the most densely populated regions of the world, and partnering with people living and working in these areas is vital for the long-term recovery of the species. In India’s Pilibhit Tiger Reserve, Bagh Mitras—volunteer community response teams—have been trained in how to provide support in human-tiger conflict situations, understanding tiger behavior, and footprint identification. Their role is to provide support to local authorities and communities in preventing or responding to conflict situations when they arise. 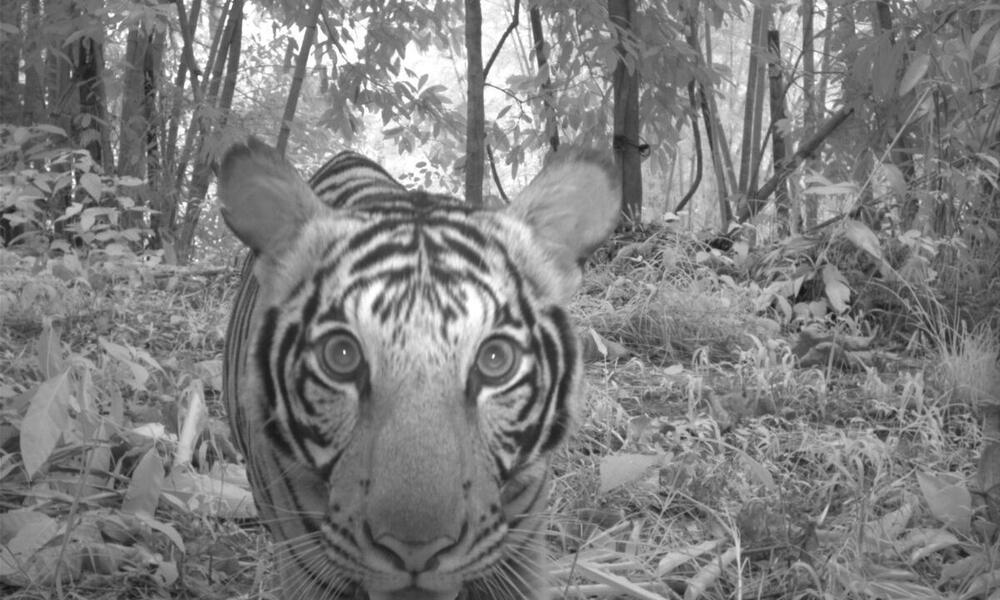 Thailand is a leader in the Southeast Asia region for effectively managing its tiger sites. WWF-Thailand has partnered with the Thai Department of National Parks, Wildlife and Plant Conservation on a project to support the long-term recovery of both tiger and prey populations. Together, they are restoring important grazing areas and setting up artificial salt licks to supply wildlife with vital minerals. Three different tiger prey species have already benefited from these interventions—muntjac, sambar deer, and gaur—in an important step towards tiger recovery.

Alongside habitat loss and degradation, the increasing use of snares is contributing to an extinction crisis in Southeast Asia. WWF Malaysia launched Project Stampede, where patrol teams formed by local Indigenous communities remove snares and collect data on poaching. While Malaysia’s tiger population continues to decline, patrol teams have reduced active snares in Belum-Temengor Forest Complex by an incredible 94%.

In 2020 the Indian government registered 50 tiger reserves, representing 60% of the world's tiger population, with the Conservation Assured Tiger Standards (CA|TS), a program designed to set best practices for managing tiger sites. The following year 14 of these tiger reserves reached the coveted approved status in CA|TS.

Through the Bhutan for Life project, the government, supported by WWF-Bhutan, has been securing a network of effectively managed and sustainably financed protected areas across the country. This is protecting tiger movement corridors but also key high-biodiversity and climate-resilient habitats, and areas that connect them.

The future of tiger conservation

While there have been major successes for tigers over the last 12 years, the work is far from over. In September of this year, tiger range countries will once again come together at the second Global Tiger Summit and will hopefully renew their commitment to protecting tigers as governments set their goals for the next 12 years of tiger conservation.