Few places on Earth can match the biodiversity of Borneo. The world’s third largest island is home to at least 1,136 animal species, as well as some 15,000 species of plants. A large proportion are endemic to Borneo, meaning they are found nowhere else in the world ­– including the Bornean orangutan.

Borneo, including its neighboring Malaysian island of Sumatra, are the only two places in the world with wild orangutans. But as the island’s forests have been degraded by logging and cleared for palm oil plantations, the orangutan ­­­­­– whose name in Malay means “man of the forest” – has lost huge expanses of its habitat. In turn its population has more than halved in 40 years, making the Bornean orangutan critically endangered, just a step below extinction.

The population is expected to fall further to 47,000 by 2025 if steps are not taken to protect this species. But all is not lost. In a small northern corner of the island, a WWF restoration project has shown that it's possible to turn things around. 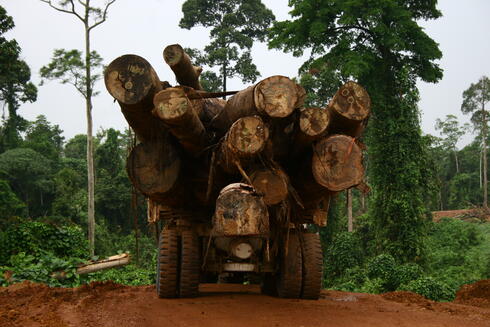 Stretching across approximately 593,000 acres of northern Borneo, the Ulu Segama-Malua landscape is home to around 3,400 orangutans – the largest population in the state of Sabah, in the Malaysian segment of the island. In the north of the landscape lies the area now known as the Bukit Piton Forest Reserve. Its nearly 30,000 acres – about twice the size of the island of Manhattan – had been heavily logged since the 1980s, and the already degraded forest was even further gutted by fires. By 2006, what had once been rich lowland rainforest was reduced to shrubs and bushes, with only a few scattered fragments of old forest remaining.

Despite this devastating reduction in habitat, when WWF-Malaysia and the Sabah Wildlife Department carried out an aerial survey of orangutan nests in the region, they found the great apes were still holding out in this area. But with palm oil plantations now covering most of the land on one side of them, and the Segama River on the other, they were cut off from other orangutan populations.

“Even though the area was heavily degraded, Bukit Piton Forest Reserve was reported to have between 170 and 300 orangutan individuals,” says WWF-Malaysia’s Fredinand “Fordy” Lobinsiu, an expert in habitat connectivity and restoration. “However, the population was isolated and its badly degraded habitat was not viable to support orangutans in the long term. With limited trees, there was more competition for food and space for nesting. The risk of fire was also much higher due to the dry conditions and open canopy. Extreme growth of lianas was strangling and killing many of the remaining trees.”

So in 2007, in collaboration with the Sabah Foundation, Sime Darby Foundation, and Sabah Forestry Department, WWF embarked on a forest restoration program within Bukit Piton. WWF’s own work focused on a pilot site of around 4,000 acres, planting nearly 350,000 native trees over the next 12 years. Some were pioneer species – hardy trees that don’t mind full sunlight and poor soils, which provide the shade the other species need. Others were fruit trees specially selected to provide food for orangutans as well as other species like hornbills – which in turn disperse the seeds to other areas, aiding further natural regeneration.

In total, the teams planted 55 different species of indigenous trees – that’s about the same as the total number of native tree and shrub species in all of Great Britain. This project’s main priority was to restore orangutan habitat but because of these efforts, the overall richness of the forest will increase over time: to date, an incredible 1,195 different tree species have been recorded within the landscape.

Today, Bukit Piton looks like a true forest again. Orangutans are using the reforested areas to expand their feeding grounds, to travel between previously segmented patches of forest, and are even building nests in newly planted trees. The population appears to have stabilized. Increasing sightings, particularly of baby orangutans, suggest numbers may be increasing.

“Trees that were planted 10 years ago are now fruiting and have become a source of food and shelter for the orangutans,” says William Joseph, part of the WWF-Malaysia reforestation program team. “We noticed more baby orangutans were seen after 5-10 years of restoration.”

“Today, the landscape is beautiful and filled with trees,” agrees his colleague Zuraimi Rahman. “If before it would have been difficult to spot an orangutan nest, that is not the case today. Restoration gives not only the forest a second chance, but also its wildlife inhabitants.”

WWF has just published a report detailing the lessons learned from 12 years of forest restoration in Bukit Piton – the latest in a series of reports on forest landscape restoration projects around the world. While protecting existing habitats remains vital, it is clear that restoring forests has an important role to play in halting and reversing the loss of nature. In Sabah, the palm oil industry recently committed to planting a million trees over the next decade to help rehabilitate forests in the Ulu Segama-Malua landscape.

“The lessons of Bukit Piton should be an example in Sabah and the rest of the world because it shows that restoration works and that it can successfully provide for wildlife as well as breathe new life into the existing ecosystem,” adds Zuraimi. “The success of Bukit Piton is something that we should all be proud of.” 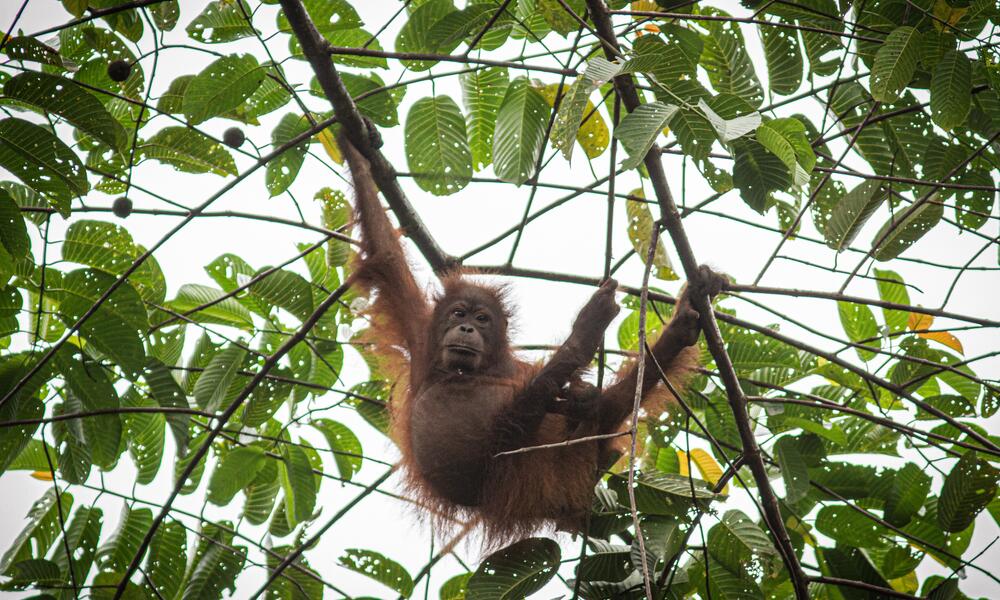