Water stewardship practices at a Coca-Cola bottling plant in Honduras 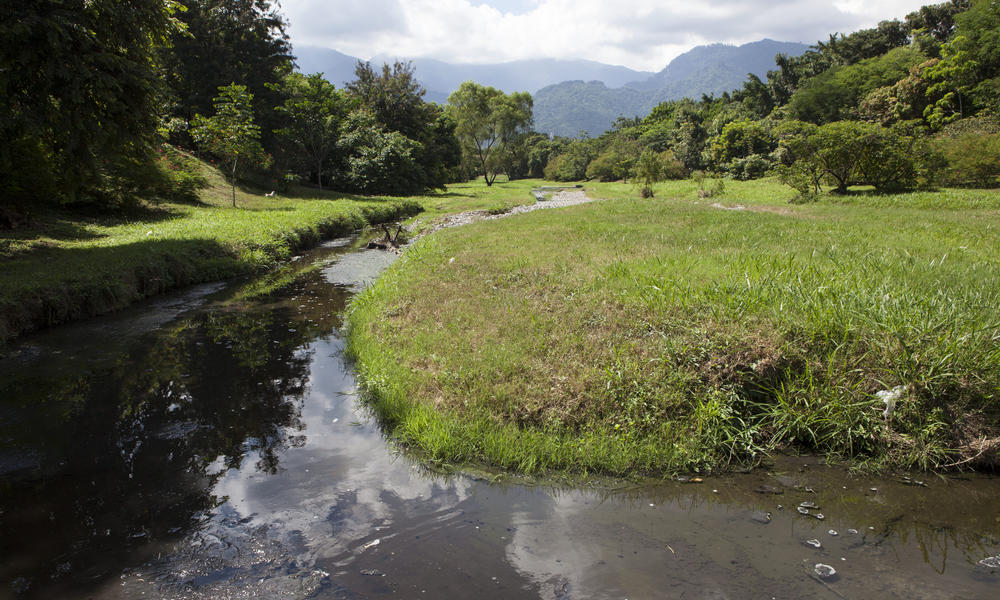 Many of the rivers in Honduras, Guatemala, Belize and southern Mexico begin in the region’s high mountains. They meander through thick forests and hilltop communities, maneuver through densely populated cities, and wander across the countryside until they pour into the Mesoamerican Reef, the second-largest reef in the world.

Along the way, the rivers absorb sediment, pollution, pesticides and herbicides from agricultural runoff, industrial waste and other harmful threats. To protect the reef, WWF works with actors from the mountain ridges to the ocean reef—including many businesses along the way.
The Coca-Cola Company is one of our key partners in this pursuit.

“Businesses can play a major role in protecting and improving the environment, but some have to be bold enough to set the example.”

Reduce, Reuse, Recycle
One of the goals for the partnership between WWF and The Coca-Cola Company is to measurably improve environmental performance across the Company’s value chain, including working with bottlers such as Cervecería Hondureña. A subsidiary of SAB Miller in Honduras, Cervecería Hondureña bottles a number of award-winning beers and most of the Coca-Cola refreshments in the region. In the Mesoamerican Reef, they have taken exemplary steps to protect one of the world’s most precious natural resources: fresh water.

“We implemented a series of measures that take into account the community and environmental needs,” said Nathalie Cáceres, executive director of Fundación Cervecería Hondureña. This included softer tactics, such as raising awareness among employees about the need to reduce water consumption and become more water-efficient, in combination with hard investments, like replacing machinery along their production lines to improve water efficiency.

It worked. The plant saw a 21% reduction in water consumption since 2010, which is the equivalent of 600 Olympic swimming pools.

The water that Cervecería Hondureña uses for beverage production later goes to their unique wastewater treatment plant. They remove pollutants from the water, including tabs, plastic, activated carbon and oil from machines. After several processing cycles, the organic solids become nutrient-rich compost, and the methane released becomes energy. Biogas recovered from this cycle powers the water treatment process and saves Cervecería Hondureña 17% of the energy needed to produce their beverages.

The process also results in reusable water that exceeds national standards for quality. Most of the water feeds into a small pond that houses an abundance of tilapia. According to Cáceres, the bottler keeps the fish in part to prove exactly how safe the water is, “It is clean enough to sustain life.” It’s so clean, in fact, that local residents sneak inside the compound to fish!

Plant a Greener Future
The recycled water and compost byproduct feed all the plants in a tropical nursery, founded in 1986 by Cervecería Hondureña Foundation to contribute to national reforestation. Just around the corner from the bottler’s doorstep, the nursery grows more than one million native fruit and ornamental trees annually, all of which are donated to schools, parks and ecological projects across the country.

Many of Cervecería Hondureña Foundation’s trees played a crucial role in supporting the Manchaguala Integrated Watershed Management Initiative, a project of the partnership between WWF and The Coca-Cola Company. In 2012, Cervecería Hondureña donated 424 native seasonal and fruit trees from their nursery to establish a riparian forest in the Rio Piedras sub-watershed, stretching 500 meters along each side of the river.

That was just the beginning. The foundation recently received approval to create a tree nursery in the upper Machaguala watershed, where WWF and The Coca-Cola Company are supporting agroforestry projects.

“Businesses can play a major role in protecting and improving the environment, but some have to be bold enough to set the example,” says María Amalia Porta, Senior Program Officer at WWF-Honduras. “Cervecería Hondureña and Coca-Cola are good examples in this region. They’ve made visible impacts, and now we’re seeing more companies become interested in sustainability. We hope this interest spreads.”

Learn more about our work with Coca-Cola and additional activities in the Mesoamerican Reef.