For the first time, a one-horned rhino is collared inside a wildlife corridor 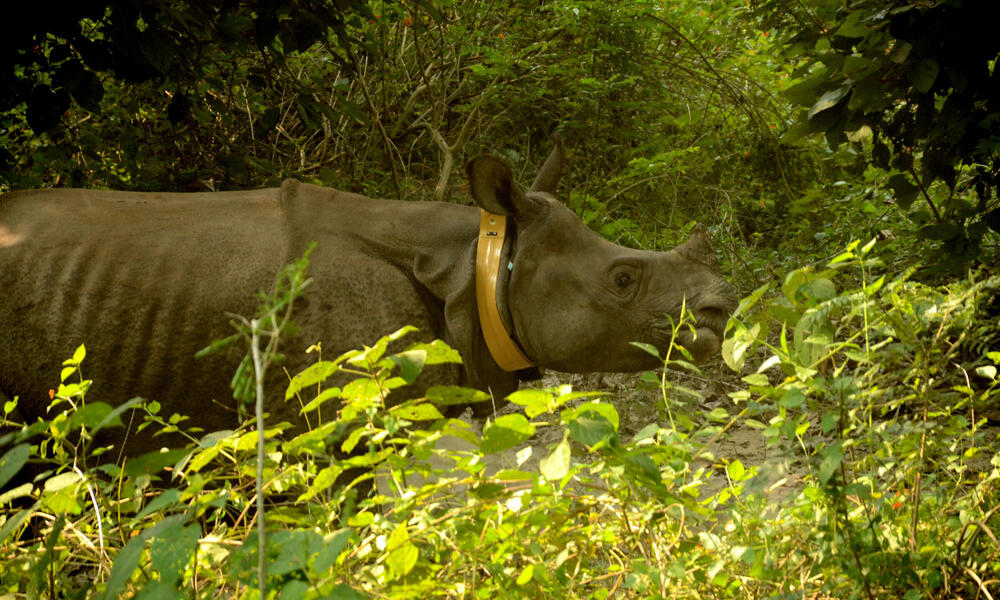 A one-horned rhinoceros was successfully collared in Nepal late last month. The event was particularly significant because it occurred in a wildlife corridor that connects Nepal’s Bardia National Park with India’s Katerniaghat Wildlife Sanctuary.

It’s the first time a corridor has been used as a rhino collaring site in Nepal. The rhino is a sub-adult female who was released back into the Khata corridor after being fitted with a satellite collar.

Data retrieved from the satellite collar will provide key insights into the habitat use and movement patterns of rhinos in the region. Such evidence will be useful in creating sustainable approaches to any infrastructure development plans inside Khata corridor.

By demonstrating the preferred habitat use of rhinos in the corridor, the study will help planners minimize human-wildlife conflict. And community patrols can use the same information to help anti-poaching units keep a closer vigil on wildlife.

The collaring expedition was led by the Government of Nepal’s Department of National Parks and Wildlife Conservation and Department of Forests with the support of WWF Nepal, National Trust for Nature Conservation, and local communities. “The corridors serve an important contiguous function in the Terai Arc Landscape. With the help of this study we hope to gain from useful insights in conservation that will benefit wildlife and people on both sides of the trans-boundary landscape,” said Mr. Tika Ram Adhikary, Director General of the Department of National Parks and Wildlife Conservation.

The greater one-horned rhino faced extinction at the turn of the 20th century. Today, there are more than 3,000 of this species across the Terai Arc Landscape and the grasslands of Assam and north Bengal in northeast India. Their recovery demonstrates the effectiveness of increased enforcement measures, ambitious conservation programs, strong partnerships with local communities and government leadership.

“The success of the collaring expedition ushers positivity for the conservation world and will enable us to work further together with the government, conservation partners and local communities in designing conservation programs that in the end promote harmony between people and wildlife” said Anil Manandhar of WWF Nepal