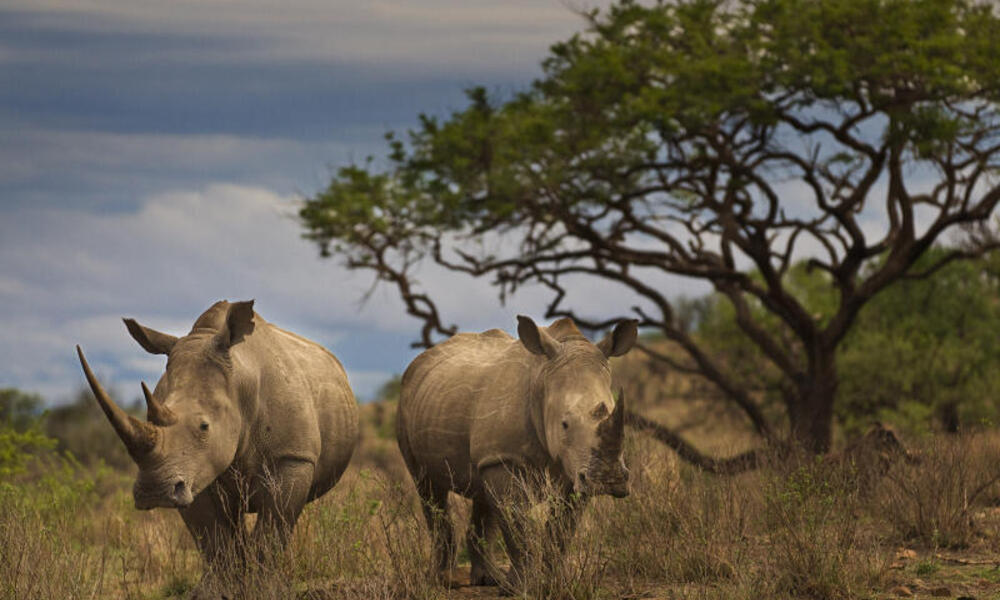 World Rhino Day on Sept. 22 holds a renewed sense of urgency this year as poaching and habitat loss pushes rhinos closer to the edge of extinction in Africa and Asia.

“With their tough exteriors, rhinos may look invulnerable but every single one is under a poaching red alert at the moment,” said Dr. Barney Long, WWF’s director of the Species Conservation Program.

Killed for a false cure

The acute escalation of rhino poaching in South Africa this year is being driven by a high demand for rhino horn. Since January 2013, 635 rhinos have been poached in the country, which is just shy of the record 668 poached in 2012.

“With their tough exteriors, rhinos may look invulnerable but every single one is under a poaching red alert at the moment”

What’s driving the poaching? A false belief in Asia that rhino horn, which is essentially the same substance found in human nails and hair, can cure cancer and hangovers.

Powerful criminal syndicates are preying on Asian rhinos too. A grim reminder came from India’s famed Kaziranga National Park where a rhino was mowed down with a machine gun for its horn on Sept.17.

And Vietnam’s last Javan rhino was killed by a poacher’s bullet in 2010, snuffing out an entire rhino subspecies.

No room to roam

Rhinos in Asia are increasingly squeezed into smaller protected areas as human populations grow and forests are converted, often illegally, into plantations and settlements. Small and fragmented populations are also vulnerable to disease and natural disasters.

Bukit Barisan Selatan National Park in Sumatra is thought to have one of the largest populations of Sumatran rhinos, but it is losing forest cover due to conversion for coffee by illegal settlers.

In southern Zimbabwe, privately owned rhino conservancies have been invaded by landless people. This reduces the amount of safe habitat for rhino populations and increases the risk of poaching and snaring.

The good news is that it is possible to save rhinos, as WWF has learned from the successes with white and black rhinos in Africa and the greater one-horned rhinos in Asia.

“The future for rhinos need not be bleak if the world can rally to stop the poaching, break the trade chains and end the demand for rhino horns,” added Long. “But we cannot afford to ignore all the other threats that make them so vulnerable to extinction either, which is why WWF remains vigilant and active on several fronts.”

For more than 50 years WWF has invested in conservation actions like protecting rhinos and their habitats, monitoring and expanding rhino populations using the best available science, and strengthening local and international law enforcement.

A high-level meeting convened by Gabon and Germany during the United Nations General Assembly in New York will put a global spotlight on the issue on Sept. 26 and WWF is urging governments to seize the opportunity to accelerate efforts to stop illicit wildlife trafficking.

In early October, the Asian Rhino Range States Meeting hosted by Indonesia is expected to yield important commitments for rhino conservation. WWF, a key partner on rhino conservation for all five Asian range states, is calling for strong and meaningful commitments particularly for the critically endangered Sumatran and Javan rhinos.

“What is comes down to this World Rhino Day is that if we let our guard down, a magnificent wild creature to edge even closer to extinction,” added Long.