Without intervention, the Yangtze's finless porpoise could go extinct 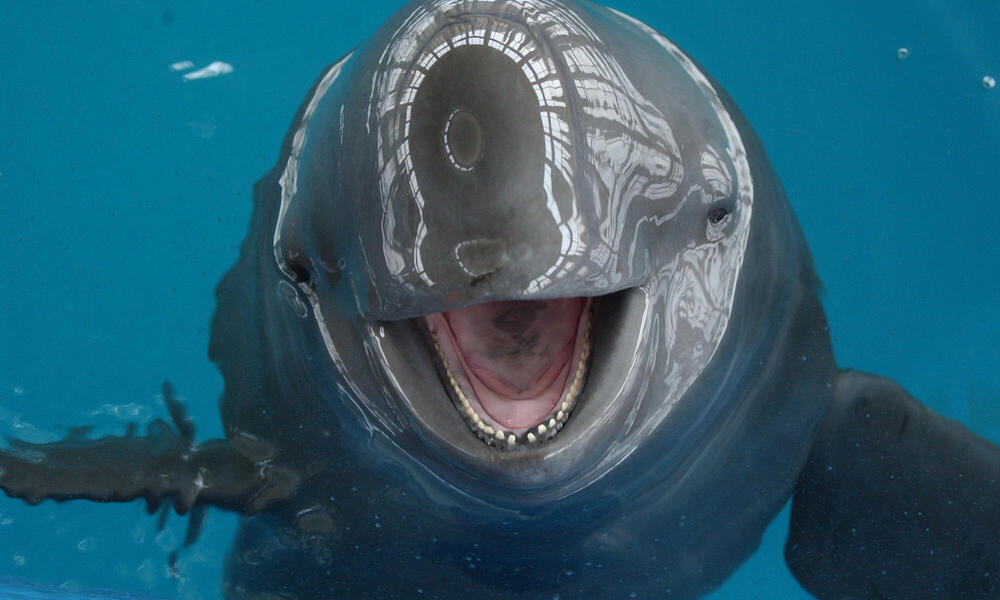 There are 1,040 finless porpoises left in the Yangtze. The annual decline rate of 13 percent means these animals are expected to become extinct within 10 years if there are no effective conservation actions in place. The new classification is a step in the right direction to save the species.

"WWF will pay close attention to the implementation of this regulation and will continue to cooperate with partners to establish more translocation protected areas to save its seed population," Lei Gang, head of WWF-China's Yangtze program, said. "Meanwhile, we will continue to protect the ecosystem in the mainstream of Yangtze, Poyang Lake and Dongting Lake."

When the 2014 Living Planet Report results were released, I was drifting along the waters of China’s Tian-ezhou oxbow lake, scouring the surface for any sign of the Yangtze finless porpoise. There may be no better place to illustrate first-hand the impacts human activities are having on nature.

Freshwater species are declining at a rate of 79% each year—much faster than their terrestrial or marine counterparts. Unsustainable fishing and farming, poorly planned dams and infrastructure, and the mining and shipping industries are just a few of the activities degrading our freshwater ecosystems and the unique biodiversity within them. Once bountiful in floodplains like the Tian-ezhou oxbow as well as vast stretches of the Yangtze River, the finless porpoise population now counts roughly 1,000 and is limited to just three small areas. Within 10 years, it could be extinct—and it wouldn’t be the first dolphin species to disappear.

A Quiet Extinction
The Yangtze River dolphin, whose habitat overlapped with the finless porpoise’s, once thrived in China. Ancient tales describe the dolphin as the reincarnation of a princess who drowned in the river rather than marry a man she didn’t love. It was beloved and well-known.

As China developed, the dolphin declined. The first survey of the Yangtze River dolphin in the early 1980s counted just 400 individuals. By the 1990s, the population was down to around 100, and a 2006 survey deemed the animal functionally extinct. It was the first extinction of large vertebrate in more than 50 years, and the first extinction caused by human activity. Despite the severity of this tragedy, the passing of the dolphin went virtually unnoticed by most of the world.

How did this venerated creature slip so quietly from the earth? Rapid development in the Yangtze basin put immense pressure on the river’s ecosystem. Unsustainable fishing practices depleted fish stocks, and a dramatic increase in pollution made the water virtually unlivable. Poorer eyesight meant the Yangtze’s dolphin relied more on sonar for feeding and communication than the porpoise, rendering it more sensitive to the dwindling food supply, declining quality of water, increased noise pollution, toxic run-off, and changing conditions caused by dams.

While the dolphin may have been more vulnerable, the porpoise depends on the same natural resources. Without intervention, they will follow into extinction.

Splashes of Hope
Waiting anxiously on the boat’s top deck, we see a puff of moist air and watch with joy as the slate back of a porpoise arcs and disappears into the water. It’s followed by another, and another. An entire pod swims by. And somewhere, hidden beneath the mirrored waters, dozens of porpoises play hidden from our view.

The porpoise population in the Tian-ezhou oxbow is the only one known to be growing. It began with just five porpoises in 1990 and today counts almost 40. However, the habitat can only support up to 100 porpoises. Later this year, WWF and our local partners will translocate four or five porpoises to the He-wang-miao oxbow, another well-protect nature reserve.

For Porpoises and People
Protecting the current population of the Yangtze finless porpoise in limited reserves is not enough. The habitats of the porpoise are shared by a variety of threatened and endangered species, including the Yangtze crocodile, sturgeon, paddlefish, puffer fish and several varieties of carps. People, too, need a healthy Yangtze. More than 30% of the country’s GDP and one-third of the population depend on the river for water, food, energy and economic growth.

That’s why WWF is restoring wetlands, working with farmers and fishers, and helping industrial parks improve their water efficiency and reduce pollution all along the Yangtze River. By collaborating with the public and private sectors, we aim to amplify the effects of our work and secure a future for the finless porpoise—and for ourselves.