Six Tons of Elephant Ivory Crushed by US in Historic Event

WWF calls for US moratorium on trading of elephant ivory 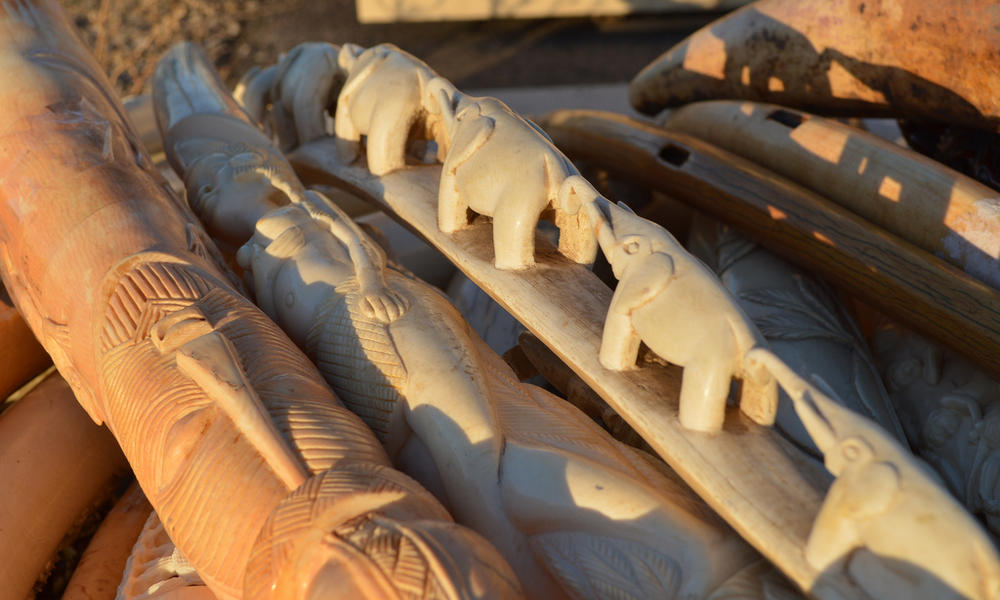 An enormous gravel crusher spewed chips of ivory, turning six tons of illegal elephant ivory tusks, trinkets and souvenirs into gravel at an event hosted by the U.S. Fish and Wildlife Service in Denver today. There were few dry eyes among the celebrities, congressional delegates, foreign ambassadors, conservationists and journalists invited to witness the historic event.

The message behind this dramatic act was unmistakable: the United States will not tolerate elephant ivory trafficking and is committed to stopping wildlife crime. The elephant ivory is the accumulated contraband from more than 20 years of seizures by U.S. law enforcement.

“I do not doubt that the ivory crush sends a signal out to the world that the US has zero tolerance for poaching,” said Ginette Hemley, speaking at the event. “This symbolic act must be supported with real action and WWF is calling for a moratorium on ivory trade and sales in the US”

The illegal elephant ivory crushed in Denver—all of it seized and surrendered on American soil—represents a fraction of what is being bought, sold and smuggled in and out of the country.

We need your help to crush the illegal ivory trade

There remain considerable challenges to enforcement of US laws despite a ban on international commercial trade in ivory since 1989 through CITES. State laws vary widely and a federal loophole allows ivory owned before the ban to be legally sold. Smugglers take advantage of the system to sell poached ivory as carvings, jewelry and other trinkets. Even many US online auction and fashion websites are being used as shop fronts for illegal ivory.

Last year, wildlife criminals slaughtered more than 30,000 elephants for their tusks. Their ruthless pursuit of ivory also endangered the lives of frontline conservationists like rangers, many of whom are not able to fight back against poachers armed with military grade weapons. Wildlife mafia are intimidating local communities, exploiting the poor, and corrupting law enforcement efforts. Their actions are now fuelling regional conflicts, undermining the safety and security of entire regions.

Behind every piece of ivory is a dead elephant. Any purchases or sales of ivory only fuel the current poaching crisis.

“We need to end the demand that is fueling ivory trafficking and get serious now about saving elephants,” said Carter Roberts, President and CEO of WWF-US. “A US moratorium on all trade of ivory products must follow.”

WWF urges the US and other countries fuelling the elephant poaching crisis to take all available measures to disrupt and prosecute those who prey on and profit from the slaughter of these animals.

WWF and its partners are calling on the US government to crack down on wildlife trafficking and enact a moratorium on domestic ivory trade. This push is part of WWF’s global campaign to stop wildlife crime and save endangered species such as elephants, tigers and rhinos.