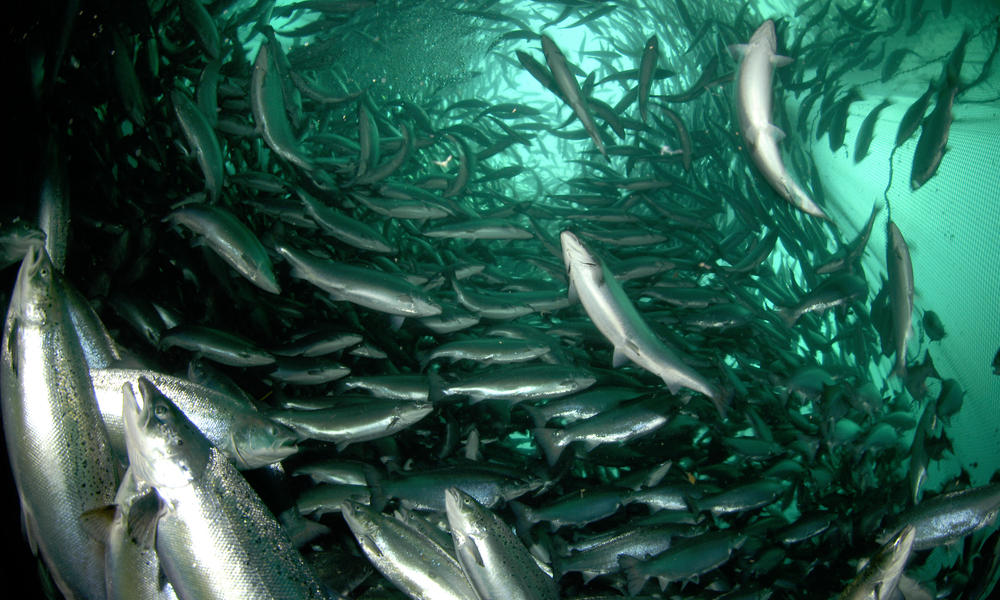 Major milestones don't come along very often. The commitment by the Global Salmon Initiative (GSI) not only to embrace sustainability, but to work together to become more responsible is a game-changer. It is not yet an end, but it is a means.

Here's what is happening—15 companies, representing 70 per cent of global farmed production, are committing that 100% of their production will be certified by the Aquaculture Stewardship Council by 2020. This should measurably reduce the impact of salmon production on some of the world's most ecologically important regions.

The salmon aquaculture industry began about 40 years ago to help meet the rising demand for salmon, mainly in Europe, the United States, and Japan. About 60 percent of the salmon we eat comes from farms. This $5.4 billion industry generates almost two million metric tons of farmed salmon each year.

The aquaculture industry is not going away. In fact, it is expected to grow. According to a 2009 report from the United Nations Food and Agriculture Organization, most of the increase in seafood production will be seen in the aquaculture industry, given that much of the world's marine fish stocks are either fully exploited or overfished.

The rapid expansion of salmon farming has not come without impacts. Poorly managed salmon farms can spread disease and parasites, overuse of chemicals and fish waste can affect ocean ecosystems, and the use of marine organisms for feed impacts natural resources. This commitment will help measurably address these problems.

As demand for farmed seafood increases on a finite planet with limited resources, production systems will have to become more efficient and do more with less. This commitment shows that these companies see sustainability as a pre-competitive issue, one that they must work on together to make progress more quickly.

For WWF, this commitment is the culmination of almost a decade of work with hundreds of people, from producers and supply chain representatives, to seafood buyers, feed companies, NGOs, government officials and independent researchers to tip the industry into becoming more sustainable.

When WWF and others launched the Salmon Aquaculture Dialogue, this was our dream. We're happy to see that GSI is using the outcome of that comprehensive multi-stakeholder process—the Aquaculture Stewardship Council standard—as its global benchmark.

It was not easy. In fact it was often contentious. But it is great to see that these 15 CEOs have had the courage to make this commitment.

But as they say in Missouri where I'm from—show me. We're not done yet. As these companies progress on their journey towards sustainability, we want to hear about the progress they're making. WWF will assist and support them in whatever ways are appropriate, helping them meet the high bar they've set. The GSI commitment shows once again that the global marketplace can be a powerful force for conservation.

Jason Clay is senior vice president of market transformation for WWF. This story was originally published on The Guardian Sustainable Business Blog.