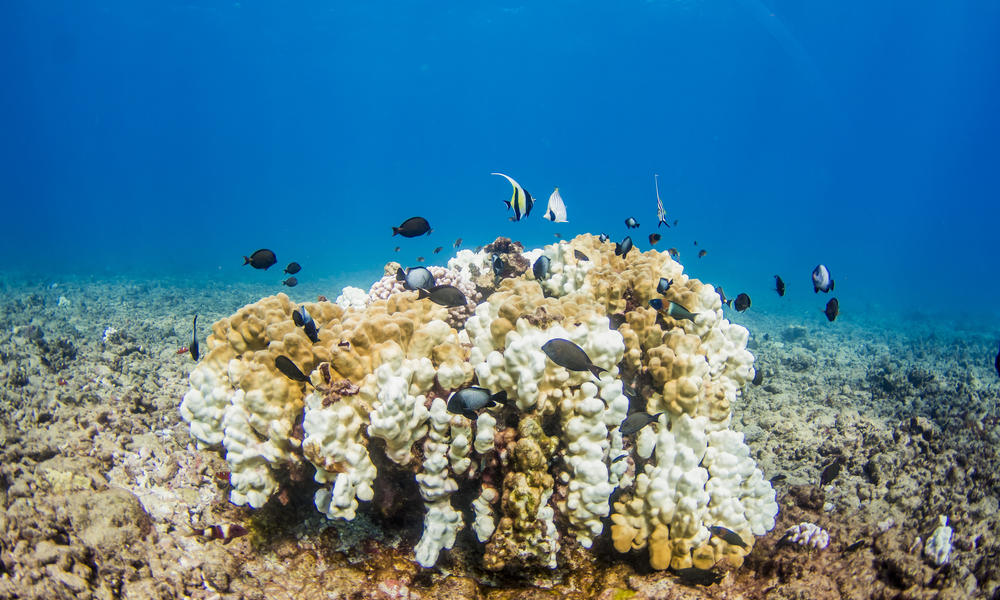 When you think about the impacts of climate change on the marine environment, your first thought might be the melting polar ice caps. Yet corals are among the most sensitive ecosystems to warming oceans and may be the most impacted by climate change in the near future.

In Hawaii, with water temperatures 3 to 4 degrees higher than average, we are experiencing the highest bleaching threat level for coral—the impacts from which could be devastating. I grew up on the island of Hawai’i, where I discovered a passion for the ocean. When many of my friends were out surfing, I could be found snorkeling the endless coral reefs, checking out the different fish and marine wildlife I encountered. During this time I never encountered a bleaching event. 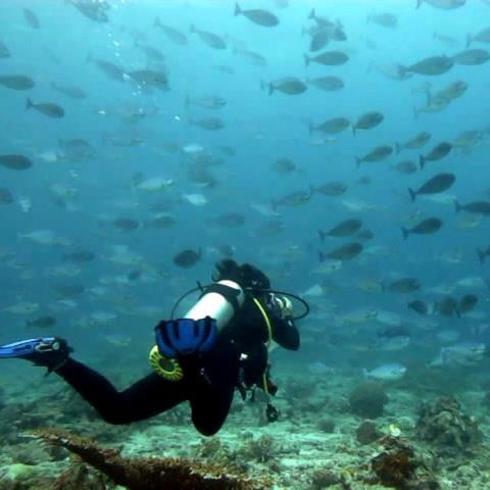 Spotting the problem
Bleaching events are easy to spot. When you swim over bleached reefs, all you can see is a field of stark white coral—an unpainted canvas against the usual greens, reds and yellows. The first time I saw coral bleached was in Indonesia in 2010. What I hadn’t expected was how much the bleaching extends beyond corals; even anemones and other related animals are bleached.

Over time, corals die off from bleaching implications, become covered in algae, and eventually reduce to skeletal fragments. At that point, they’re no longer offering a healthy ocean habitat for the species that rely on them for feeding and protection.

We’re starting to see high-sustained temperatures not just in Hawaii, but across the Pacific at large. Scientists from NOAA believe we’re headed toward “the third global coral bleaching event.” As warming begins to expand into the Indian Ocean, we need to keep our eyes on the Coral Triangle, a marine spanning the waters of Indonesia, Malaysia, the Philippines, Papua New Guinea, Timor Leste, and the Solomon Islands.

This region has been an important conservation priority for WWF as it has expansive, diverse coral reefs. Many coastal populations depend on these reefs for their food and livelihoods. This bleaching effect is likely to have detrimental impacts on all coral reefs in all major ocean basins

Changing the trajectory
We can change this picture of our oceans, and we are learning to adapt. In September 2015, along with several other scientists, I co-authored a paper on how to prioritize management of the oceans for resilience to climate change. Applying a methods-based approach, marine planners can determine which reefs are more vulnerable and prioritize those intact reefs that might be resilient to change. This is done by looking across all the threats from fishing and pollution, to development and climate change—all while assessing the types of fish and communities of coral by species and diversity.

We need to manage for this kind of change because we can’t stop the rising temperatures and increasing acidity of our world’s oceans. And we need to act on climate change with real urgency. Coral reefs, and the marine species and people who depend on them, can’t wait.

Dr. Gabby Ahmadia has expertise in monitoring design and evaluating the ecological impacts of marine conservation interventions with an emphasis on Marine Protected Areas. She is supporting work in the BHS in West Papua and in the Sunda Banda Seascape of Eastern Indonesia.