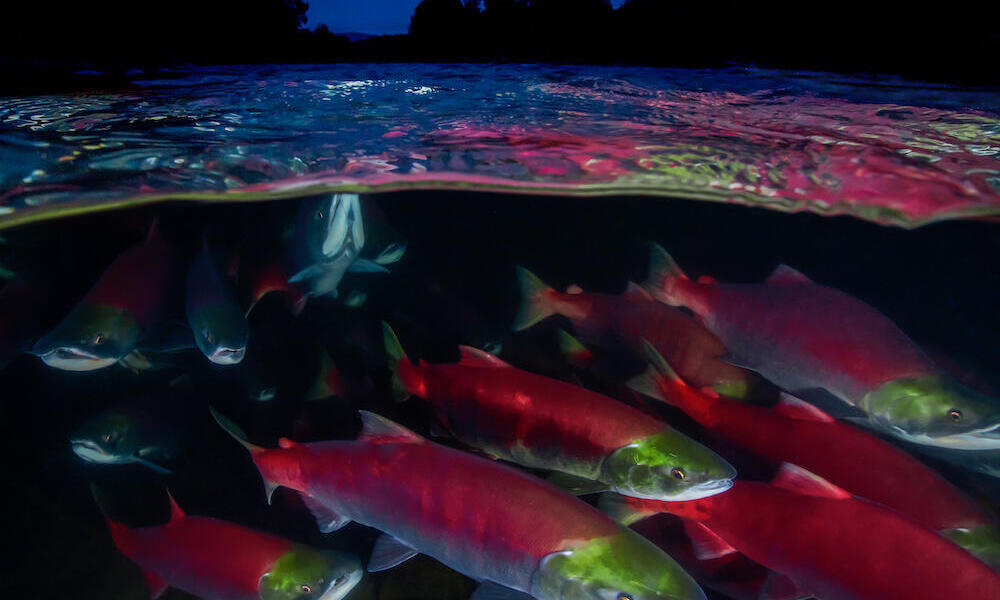 Swimways, the aquatic version of ‘Flyways,’ is a new take on an existing conservation mechanism to increase the value of protecting continuous stretches of free-flowing rivers as a migratory pathway necessary for many aquatic animals.

Since 1935 when the concept of ‘Flyways’ was developed by Frederick Lincoln, the practice of protecting large swaths of wetlands along the migratory routes of waterfowl and other birds has secured the protection of natural habitat.

But birds are not the only animals that migrate extreme distances and require protection to ensure the continuity of their migration path. Aquatic animals, including fish, turtles, and freshwater dolphins, depend on long stretches of healthy, free-flowing rivers to find food, reach historic mating or nursing grounds, or move between habitats in response to seasonal variation in water levels.

Aquatic animals need protection. Populations of freshwater species have already declined by 84% on average since 1970, with degradation of rivers a leading cause of this decline and nearly 1/3 of all freshwater fish face extinction. Protecting free-flowing rivers as swimways or Other Effective Area-based Conservation Measures (OECMs) allows for populations to rebound without the pressure of habitat fragmentation.

Swimways, as discussed in the paper: Global Swimways for the conservation of migratory freshwater fishes are rivers and their associated ecosystems that support the entire migration routes of biologically and/or socioeconomically important freshwater fishes.

As a new concept, Swimways require criteria to identify rivers as potential freshwater connectivity corridors. In this paper, the discussion centers on biological, economic, and social aspects that will help identify where rivers need protections. The proposed criteria would nominate a river as a Swimway if it contains: a threshold level of abundance and diversity of species, maintains economic value from migratory fish flowing through it for commercial or subsistence fishing purposes, and/or if there are social implications in how river management would affect the local or indigenous communities.

Swimway protections are particularly important in the face of a changing climate. As average temperatures and weather patterns shift on a global scale, species will likely need to move to new locations to survive. Keeping pathways open for these shifts in species ranges becomes critically important.

There are over 1,000 species of migratory fish whose survival depends on complete access across the length of their migration routes. Their movements can provide key ecosystem functions and values for the people and species with which they interact along their route. Migratory fish provide a key source of food for communities and help to move critical nutrients across the distances that maintain the richness of the freshwater environments they call home.

Without free flowing rivers, the gilded catfish or dorado would not be able to migrate from the Andes mountains to the Amazon River to feed and grow over six feet long; and the Sockeye salmon (pictured above) would not be able to move from the Pacific Ocean and into the rivers of the Pacific Northwest, becoming one of the First Foods for the Columbia Plateau tribes of North America .

Flyways have protected migratory pathways for waterbirds for over 80 years. It is time to turn the focus to aquatic animals and protect their migratory pathways. Swimways or Freshwater Connectivity Corridors can be implemented and tested for their effectiveness, and then scaled to expand global protections.