Tracking Tuna in the Coral Triangle 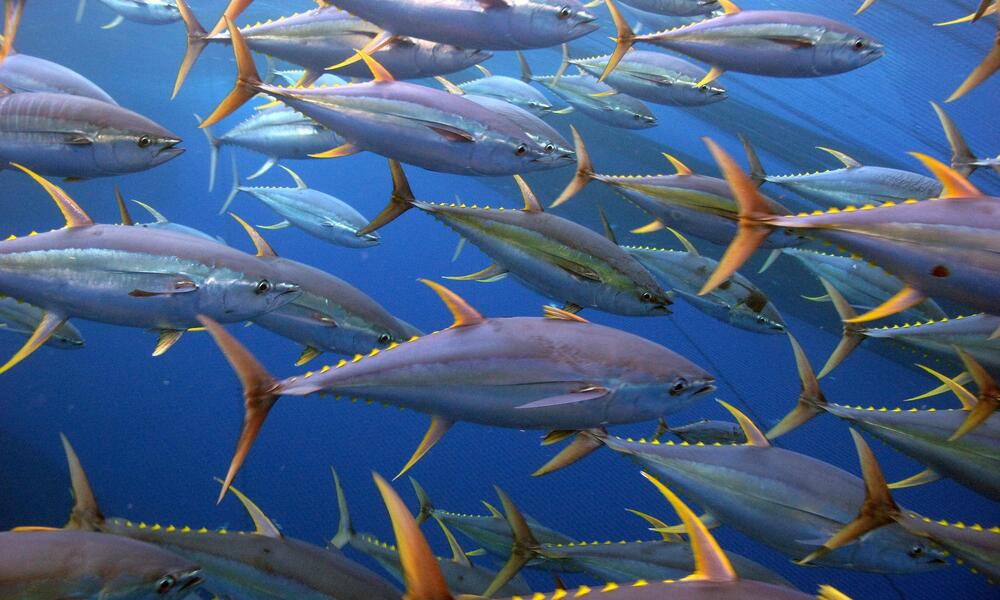 Tuna is a multi-billion dollar global industry, feeding millions of people, supporting livelihoods and sustaining economies in many marine areas. The Coral Triangle is one of the most important places in the world for tuna, serving as a reproductive area, as well as a place through which many tuna migrate. Commercially important species such as yellowfin, skipjack and bigeye tuna all come from the region.

If fish were cars, tuna would be the Ferraris of the ocean—sleek, powerful and made for speed (Atlantic bluefin tuna can swim 40 mph). Their torpedo-shaped bodies streamline their movement through water, and their special swimming muscles enable them to cruise the ocean highways with great efficiency. Although scientists know how fast and deep tuna can swim and that they migrate, they are still learning about the behavior and habits of this fish.

WWF is tracking the movements of yellowfin tuna in the waters off the Philippines in the Coral Triangle. By gathering more information on the movements of these tuna and what areas are important for reproduction, we can improve management of the tuna fishery. Preliminary results show that tuna travel much more over short time periods than previously thought, including massive round-trip excursions over thousands of miles. For example, one tuna traveled between Taiwan and the Philippines—a distance of more than 700 miles—three times in only three weeks.

The map below shows the results so far of the movements of two yellowfin tuna. Such data are also telling us how deep the tuna swim, and how far and fast they move. This information will help WWF work more effectively with policy makers to help protect the species from overfishing. 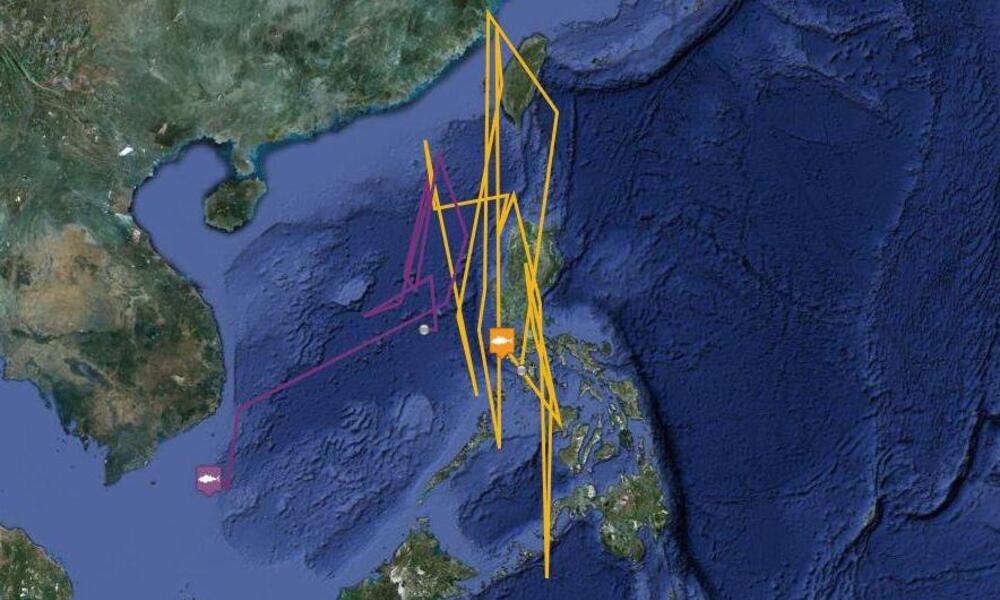 This map shows the movements of two yellowfin tuna WWF is tracking in and near the Coral Triangle.